The Cuban foreign minister said that recent statements by Vice President Mike Pence are "gross lies" and attributed them to "the fierce McCarthyite propaganda campaign deployed by the United States." 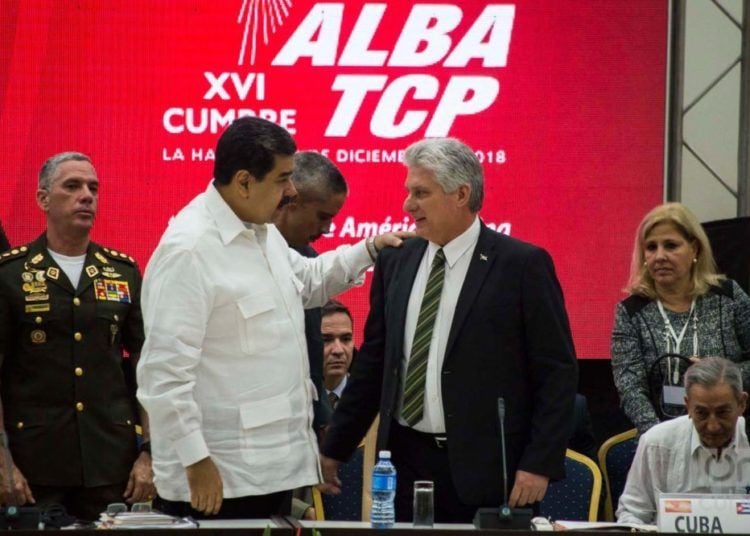 The Cuban government this Friday “categorically” rejected the “repeated and false” accusations of U.S. Vice President Mike Pence and other U.S. officials about the presence of the military from the island in Venezuela.

“I categorically reject the repeated and false accusations of Vice President Pence and other officials in the #U.S. about Cuban soldiers who ‘train,’ ‘control’ or ‘intimidate’ in #Venezuela,” Cuban Foreign Minister Bruno Rodríguez wrote on his Twitter account.

The U.S. vice president said that Cuban intelligence and military continue to train, support and equip Venezuela’s secret police to “harass protesters and silence the opposition” in an article published in the daily Miami Herald.

In response to Pence’s accusations, the head of Cuban diplomacy responded that they are “gross lies” and attributed them to “the fierce McCarthyite propaganda campaign deployed by the United States” against Venezuela.

“Cuba and #Venezuela maintain a relationship of mutual respect and true solidarity. Without interference in internal affairs and without political subordination. #Cuba reaffirms its support for Pdte. @NicolasMaduro and the civic-military union of the Bolivarian and Chavista people,” stressed the head of the island’s diplomacy.

Last month, President Miguel Díaz-Canel described as “infamous” another of Washington’s imputations according to which Cuba maintains a private army in Venezuela and exhorted the United States to present evidence in this regard.

Since the current political crisis in Venezuela began on January 23 with the self-proclamation of the leader of the Parliament of the South American country, Juan Guaidó, as interim president, Havana has repeatedly ratified its “unconditional support” to the government of Nicolás Maduro and has accused the U.S. of unleashing an “unconventional” war against him.

The Cuban executive has also considered that the real objective behind the crisis in Venezuela and the recognition by the U.S. of Juan Guaidó as interim president of that country, is taking control of the oil power’s “vast resources.”

Cuba and Venezuela have been close allies since in 2000 the then presidents Hugo Chávez and Fidel Castro ̶ both deceased ̶ signed the so-called Comprehensive Cooperation Agreement, by which the South American country began to provide the island with oil at subsidized prices in exchange for professional services.

On several occasions, Havana has denied that it is interfering or controlling the government of Nicolás Maduro and has reiterated that its collaborators in Venezuela carry out a mission of solidarity. But the Trump administration has wielded the alleged Cuban interference in Caracas to justify new measures and a more aggressive rhetoric against the island.