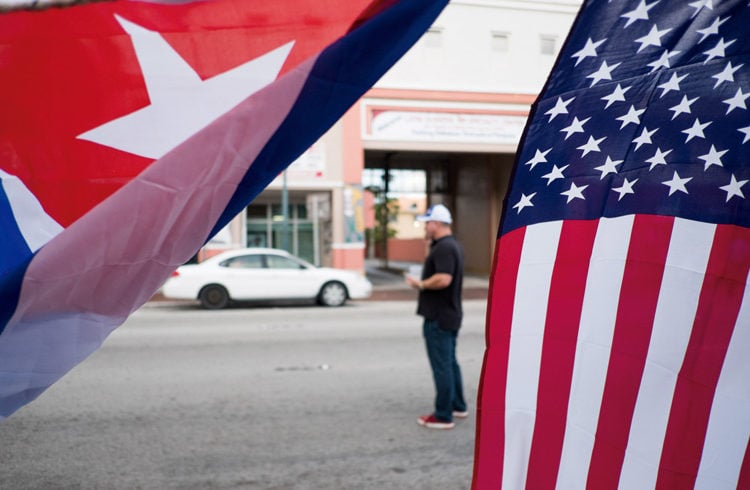 The president of the U.S. Chamber of Commerce (USCC), Thomas Donohue, and Cuban Minister of Finances and Prices (MFP) Lina Pedraza this Friday held a working meeting  in Havana.

According to the report, during the talks Donohue and the Cuban minister commented on the productivity of the visit by the U.S. delegation and its meeting with the Cuban president, which took place earlier this January 13.

The signing of a letter of intent to identify common interests, as well as possibilities to work jointly in the design and marketing of insurance and travel assistance products was previewed for after the talks. However, the signing did not take place because of “analyzing much more in depth” than previewed this document during the meeting, an anonymous MFP source said anonymously.

According to the source, there are great expectations on both sides, despite the regulations in force with respect to travel, business and commerce with the island. The CEO of Starr Insurance Holdings, Inc., U.S. millionaire Maurice Raymond Greenberg, gave a similar impression to the press.

Before the cameras, the also vice president of the USCC described the talks as a “good debate.” “We are trying to find methods to proceed in our relations and I am encouraged because of that; we will meet again soon and I will send a work team to Cuba as soon as possible,” he said.

According to the Cuban television report, a “possible” collaboration between the Cuban group Caudal OSDE (a conglomerate of the island’s insurance companies and financial services) and the U.S. company presided over by Greenberg would provide guarantees and security for future businesses and investments from the northern nation in Cuba.