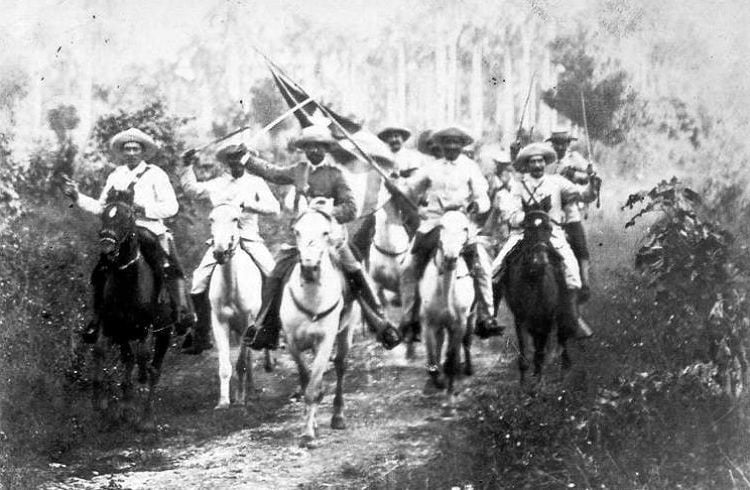 The fall in combat 120 years ago of Lieutenant General Antonio Maceo y Grajales was celebrated last December 7. However, little is known that in the last days of the national hero, among the faithful followers who accompanied him there was an American: Colonel Charles Gordon, who had come to Cuba to fight for its freedom.

Gordon arrived on Cuban soil on the fourth expedition of the Three Friends steamship, which landed on July 7, 1896 through Boca Ciega beach, in the vicinity of Guanabo and to the east of Havana; he had left from Jacksonville, Florida, and his commanding chief on land was Juan R. Cowley.

He soon joined Maceo as aide-de-camp in the Pinar del Río Campaign. Although almost everything about Gordon is unknown, in terms of his background it is presumed that before joining the war he had some military training, since otherwise his rapid promotion in the Mambí ranks and his appointment to such a relevant post close to the eastern caudillo cannot be explained.

When Maceo decided to go around the Mariel Trail to Majana, urged by Generalissimo Máximo Gómez that he join him since the disagreements between the General in Chief and the Government Council of the Republic in Arms were becoming increasingly deeper, Maceo chose a small group of brave men to escort him in the risky mission. The handful of fighters that avoided the Trail was formed by 17 persons, among them Generals José Miró Argenter and Pedro Díaz, Colonel Charles Gordon and Lieutenant Francisco Gómez Toro, son of the Generalissimo, in addition to the pilots who helped in the bold crossing of the bay of Mariel.

Already in the region of Havana, on the morning of December 7 they camped in San Pedro de Punta Brava, as the place is better known, and at 1 p.m. Maceo had lunch in the company of Miró, but a while later they were surprised by the attack of Spanish forces. He did not hesitate to make ready for combat. Among those who responded to the enemy attack was Colonel Charles Gordon, but a bullet reached Maceo and shattered his jaw. They rapidly came to his aid and surrounded the body of the fallen lieutenant general and since they became easy targets of Spanish rifle fire several of them were wounded, among them Gordon.

The rest of the story is roughly known (1). The sacrifice of Francisco Goméz Toro, who died together with his chief, the recovery of the bodies, the secret operation to hide the precious remains to avoid their falling into the hands of the enemy, which guaranteed their safeguarding to be able to pay just homage already in the Republic, as well as the national and international repercussion of the Maceista holocaust.

After the ill-fated event Gordon, like others who accompanied Maceo in the end, traveled to the General Headquarters of the Liberation Army, under the command of Máximo Gómez, and it has been known that in February 1897 he was to the west of the Júcaro Trail to Morón, since he participated in an action harassing a Spanish column in the vicinity of Trilladeritas. That same month, on the 23rd, the Generalissimo wrote in his Campaign Diary: “I sent Colonel Charles Gordon, an American, to Santa Teresa, in Havana province, with some men and weapons to form the Francisco Gómez Infantry Regiment.”

On a later mission, in Las Villas, he is made prisoner and murdered, according to reports, in May 1897 (2). He was the American with the highest rank reached in the Liberation Army, only surpassed by Thomas Jordan and Henry Reeves, who fought in the 10 Years War.

Charles Gordon fought for Cuba’s independence for a short time, but it was sufficient to gain the trust of national heroes like Maceo and Gómez, which is why Dr. Eusebio Leal Spengler was not reluctant to describe him as “Cuban hero.”

1    47 versions of the San Pedro combat have been counted, two of them by the Spaniards. One of them was by Charles Gordon.

2    Data from the Cuban Encyclopedic Dictionary of Military History, tome I, page 174.