Cuban and U.S. scientists to plant corals in the Caribbean 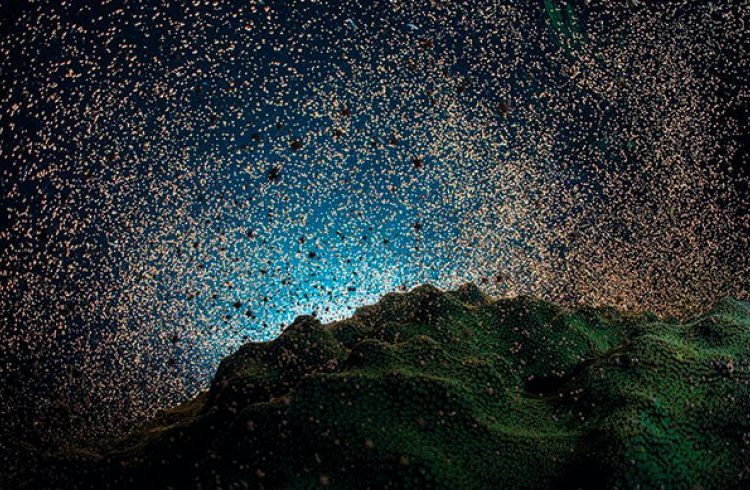 The scientific cooperation between researchers from the Florida Aquarium in the United States and the National Aquarium of Cuba has had results at the close of 2016 with a program for the restoration of coral reefs that would help to increase the populations of these organisms in the common region.

In 2017 the Tampa and Havana installations are seeking to strengthen this relationship as another step forward in the reestablishment of relations between the two countries. They are already designing a coral greenhouse and a nursery will be built, both in Cuban waters.

A year after the start of the association last August, the scientists from the aquariums met in Key Largo and collected samples of the staghorn coral for their investigation and subsequent replacement of the declining reefs.

One of the objectives was to discover if the coral semen of the staghorn coral did not lose the capacity to fertilize an egg after being cryogenically frozen, with which the aquariums could use coral spermatozoids to repopulate the Caribbean.

The result was positive: in mid-December it was thawed and achieved reproduction in the water.

Linda Penfold, director of the South-East Zoo Alliance for Reproduction & Conservation in Jacksonville, who participated in the experiment, told the Miami Herald that this is opening new avenues, that it’s super exciting.

The prestigious Smithsonian institution had already demonstrated that this could be achieved with other types of coral, but not with the staghorn, the most important builder of corals in this sea.

Scientists from other institutions are still studying how to freeze coral eggs, which is difficult because they contain more liquid than sperm. Penfold said that another option could be learning how to freeze early embryos.

Margo McKnight, vice president of biological resources in the Florida Aquarium, said to the Miami Herald that the aim is to deposit the viable corals throughout the Caribbean, including Cuba, and that the better the most they can catch for the future.

McKnight underlined that, however, this is a long-term plan.

Meanwhile, their installation and the National Aquarium of Cuba have other goals that must be met.

The scientists from the aquariums will meet in Florida in February to start designing a coral greenhouse that will be built in Havana, similar to the one the Florida Aquarium has in Apollo Beach.

These greenhouses are used to learn how to cultivate and maintain the coral in a controlled environment. Once this is mastered, the structures will store the coral that can be replanted to restore the reefs in the waters of the Caribbean.

The “Coral Arc,” as it is known in Apollo Beach, cost 420,000 dollars to build and equip. It is expected that by 2020 eight installations of this type will be built in the area, with a total surface of 12,000 square feet, through a successful effort in fund raising.

The Florida Aquarium will also help finance the Arc of the National Aquarium of Cuba, although the final price will not be known until the design is complete.

The Tampa scientists will travel to Cuba in March 2017 to build an underwater coral farm in the Guanahacabibes National Park, a natural reserve located in the westernmost part of the island.

The Florida Aquarium uses a similar nursery in Key Largo that was built and is maintained by the non-profit Foundation for Coral Restoration for this purpose.

It is an approximately 50-square-meter underwater farm where they are hung on “trees” – PVC tubes standing in line.

These nurseries are easier to transport during underwater experiments than the natural reefs. The Florida Aquarium will install 20 coral trees in Cuba.

McKnight, from the Florida Aquarium, told the Miami Herald that there is still much to be done and that next year will be exciting.

According to the Global Coral Reef Monitoring Network, more than half of these organisms in the Caribbean, which is inhabited by more than 4,000 species of fish and innumerable plants, have died since 1970.

However, in Cuba the reefs are still healthy, probably because of less contamination and development.