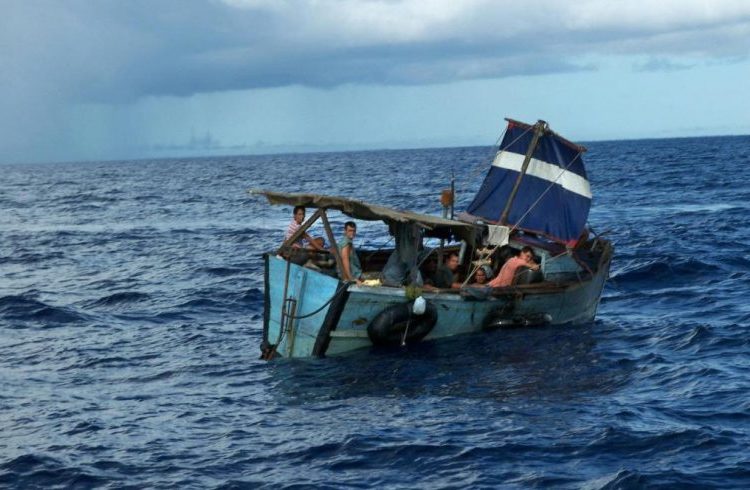 Eight days before the end of his mandate, the Obama administration is putting an end to the so-called “wet foot, dry foot” policy that the United States has applied since 1996 until today with Cuban immigrants as part of the Cuban Adjustment Act in force since 1966.

“Today, the United States is taking important steps forward to normalize relations with Cuba and to bring greater consistency to our immigration policy…,” says the press release of President Barack Obama.

According to Obama, that policy was “was put in place more than twenty years ago and was designed for a different era.”

“Effective immediately, Cuban nationals who attempt to enter the United States illegally and do not qualify for humanitarian relief will be subject to removal…. We are treating Cuban migrants the same way we treat migrants from other countries.”

This announcement is part of the Joint Statement with the Cuban government, which has also considered this moment as an “important step in the advance of bilateral relations,” as a guarantee of “a regular, safe and orderly migration.”

According to the press release issued by Cuba, the application for Cubans of the same migration procedures and regulations as the rest of the migrants “is a positive sign in the aim of eliminating the exclusivities in the case of the Cubans, which have a marked political nuance.”

Cuba expressed its conformity with starting to accept the return of the Cuban nationals who have been ordered removed by the United States.

In terms of the Cuban Medical Parole Program, it provided preferential treatment to Cuban medical professionals, which according to Obama “contradicts those efforts [working together to combat diseases that endanger the health and lives of our people], and risks harming the Cuban people,” the outgoing U.S. president explained.

In his message, Obama defended the rapprochement between both nations as “the best way to ensure that Cubans can enjoy prosperity, pursue reforms, and determine their own destiny. As I said in Havana, the future of Cuba should be in the hands of the Cuban people.”

Not only are the Cubans arriving by sea considered dry feet, but also those who present themselves before a border official on arriving through Mexico, who are called dusty feet, because it is a desert zone. Cubans arriving without a valid visa by air to a U.S. airport or one of its territories – for example, Puerto Rico – and ask for asylum on arrival are also considered dry feet.

Those who are already in the process under the policy of “wet foot, dry foot” and the Parole Program will be able to continue to obtain the legal status.

“I believe that changing this obsolete policy to be fair with all and it is also correct because it avoids people abusing the system,” Florida Senator Fred Nelson said to El Nuevo Herald.

The rumors about the end of the policy have spread in Cuba ever since the 2014 rapprochement between the two countries, which caused a migratory wave of Cubans especially through continental America. The year before Obama and Cuban President Raúl Castro announced the opening, 24,278 Cubans arrived in the United States. This number almost doubled in 2015 and rose to 46,635 in the first 10 months of 2016, according to the Pew Research Center.

Cuba and the United States signed their first migration agreement in 1984, through which the island accepted the return of Cuban emigrants considered “excludable” by U.S. laws, while the U.S. government allowed the entry of 20,000 Cubans who wanted to immigrate to that country.

Ten years later, after the so-called “rafters crisis,” a new agreement was adopted between both nations. Through this agreement, the U.S. government made the commitment to return all the Cuban emigrants rescued at sea and Cuba to take effective measures to prevent the illegal transportation of persons to the United States.

In 1995, a complementary agreement to that of the previous year centered its agreements mainly on resolving the problem of the illegal Cubans in the Guantanamo Naval Base.

Starting then the migration talks continued being held between representatives of the two countries. After 17D the talks have continued in a stable way and they have assessed the fulfillment of the agreements in force, among them the issuing of no less than 20,000 visas for Cuban emigrants and for temporary visits to the United States.

During these talks, Cuba has reiterated its disagreement with the Cuban Adjustment Act and the policy of wet foot, dry foot, as well as the U.S. policy directed at encouraging Cuban health professionals and technicians to abandon their missions in third countries, now repealed.