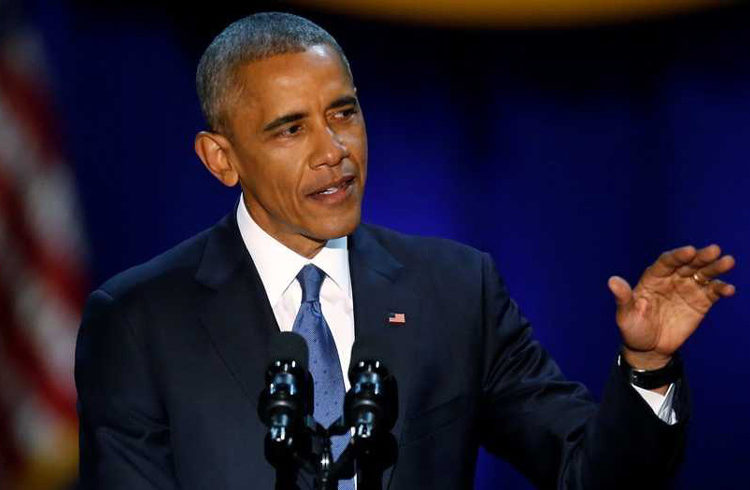 For Barack Obama the reestablishment of relations with Cuba is one of the principal points of his eight years of administration. He confirmed this on the night of this Tuesday in his farewell speech before some 20,000 persons gathered in Chicago’s McCormick Place Convention Center.

Precisely in the city where he began his political career, the still president of the United States commented to his followers what, in his opinion, were the most relevant achievements of his administration. And on international policy matters the reestablishment of relations with Cuba shared a leading role with the nuclear agreement with Iran and the fight against terrorism.

“If eight years ago I had told you that we would open up a new chapter with the Cuban people… you might have said our sights were set a little too high. But that’s what we did,” he said.

However, Donald Trump is calling into question the agreements with the island of the outgoing president and has said he will condition what has already been advanced when he assumes the presidency. Following his critical position with his predecessor, the New York magnate has also promised to reverse other measures taken by the Democratic administration.

Obama precisely referred to several of them in his last speech. In the so-called “Windy City,” the first Afro American president praised several of his government policies, questioned by Trump. Among them he referred to those directed at economic recovery, his health reform, known as Obamacare, as well as marriage equality and the challenge of climate change.

His words have been understood by some as a reply to his successor and a last attempt to legitimize his legacy. However, Obama avoided controversy and affirmed he will open the doors to the White House for Donald Trump, just like George W. Bush did for him in 2008.

With his usual power of communication, the president gave a great deal of the credit for bringing about what had been done during his mandate to the U.S. people. “You were the change,” he told his followers in Chicago, whom he called upon to have faith in the collective capacity for social transformation.

“I am asking you to believe. Not in my ability to bring about change – but in yours,” Obama said, to later close with the phrase that became his presidency’s slogan: “Yes We Can. Yes We Did.”

The outgoing president also referred to the issue of racial discrimination and the minorities in the United States. “But we’re not where we need to be. All of us have more work to do,” he commented before thousands of persons who asked him for four more years.

He affirmed that the United States needs to recover its fundamental values to overcome the differences, and pointed to the danger entailed in others’ rejection of democratic practices.

“Democracy does require a basic sense of solidarity – the idea that for all our outward differences, we are all in this together; that we rise or fall as one,” he affirmed.

He also thanked his family for their backing, especially his wife Michelle, as well as Vice President Joseph Biden.

Obama is ending his second mandate this January 20, when Donald Trump will assume the presidency. His eight years in the White House have been marked by a complex domestic socioeconomic scenario, the continuity of the so-called war against terrorism worldwide and the opposition to many of his policies by a Republican majority Congress. The 44th president of the United States still hasn’t left the White House, but there are many who are already missing him.

Cuban and U.S. scientists to plant corals in the Caribbean