In addition, the island’s Ministry of the Interior reported a new return of Cuban rafters by the U.S. authorities. With it, 4,162 people have already been returned by this route in 2022. 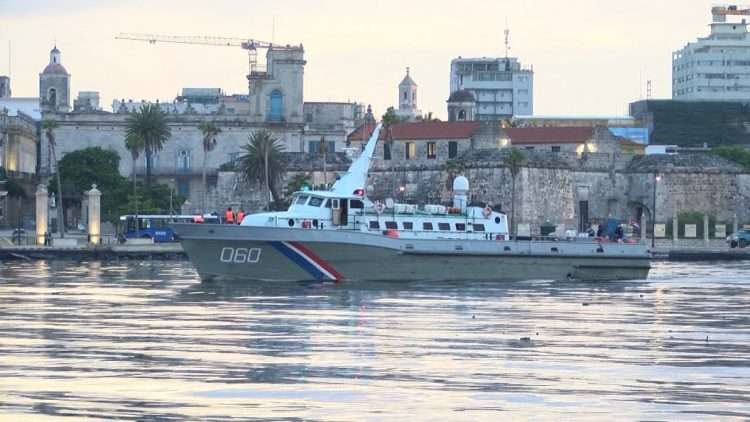 Representatives of the Cuban Border Patrol and the United States Coast Guard Service held a technical meeting on September 8 and 9 in Havana.

The meeting’s aim was to “exchange on ways to increase operational cooperation between both services in terms of confronting the smuggling of migrants, illegal departures and illicit drug trafficking, as well as maritime search and rescue operations,” according to a note from the Cuban Ministry of the Interior (MININT).

The official information, which does not provide more details of what was discussed, affirms that the exchange “took place in a respectful and professional atmosphere,” and that during it “the delegations of both countries highlighted the usefulness of these meetings and agreed on the importance of advancing in cooperation in this area.”

In addition, it states that “both parties agreed to continue these technical meetings in the future.”

This type of exchange is based on the existing agreements between the two countries, specifically those related to migration issues and the fight against drug and human trafficking, areas in which bilateral cooperation has been maintained despite the setback in relations after the arrival at the White House of former President Donald Trump.

Under these agreements, the U.S. Coast Guard systematically returns to Cuba irregular migrants rescued at sea in their attempt to reach the United States.

Precisely, another note from the MININT reported the repatriation days ago of 163 rafters to the island, including 23 women and three minors, “as a result of a group of illegal departures across the maritime border.”

The official information specifies that the migrants were returned by the port of Orozco, in Bahía Honda, province of Artemisa, and that it is the 74th operation of this type carried out this year in conjunction with the United States.

According to the MININT, 4,162 people have already been returned by this means in 2022.

According to that entity, it is mostly “people without any maritime knowledge,” who “without realizing that they endanger their lives and, in some cases, even that of their children, jump into the sea in boats without the minimum conditions for navigation.”

A few days ago, the Cuban state press had reported on operations to return Cuban migrants by the United States, Mexico and the Bahamas.

According to official calculations, the total number of Cubans returned from these three countries amounts to 6,008 from January to date in various air and maritime operations, not counting the new group of 163, the EFE news agency reported.

The Coast Guard has detained nearly 4,500 Cubans on the Florida coast, since October 1, 2021, when the current fiscal year began, to date, according to the Spanish news agency, according to which the U.S. Department of Customs and Border Protection (CBP) has registered, in turn, the figure of 177,848 Cuban migrants who have arrived in that territory.

The figure exceeds the largest exodus of Cubans so far, in 1980, when 125,000 people left through the port of Mariel in just seven months, EFE added.

Havana points to the Cuban Adjustment Act as a reason for the island’s citizens to try to reach U.S. soil irregularly by land or sea. This regulation allows access to permanent residence in the United States to Cubans who remain at least one year in its territory.

To this should be added the serious economic crisis the country is experiencing, exacerbated by the COVID-19 pandemic, U.S. sanctions and internal difficulties and inefficiencies, which motivates many people to leave Cuba and take the path of irregular emigration in search of better living conditions.