On the recently approved possibility of foreign investment in retail and wholesale trade in Cuba: current scenario and old difficulties. 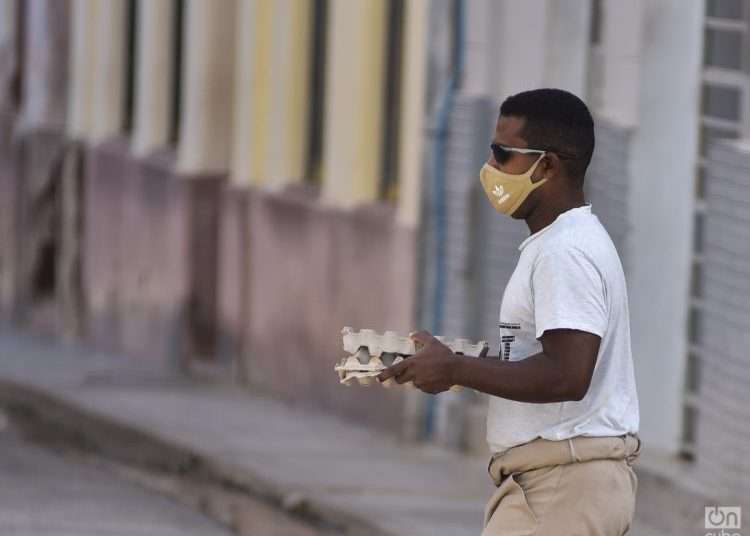 Given the shortage of supplies in wholesale and retail trade, the Cuban government has resorted — also belatedly — to foreign investment in this area, after emphatically arguing that it would not be allowed. The pragmatic thing is that they realized that they were not “damaged weapons.” Thus, it is a positive step. This is one more step in the necessary structural transformation that must be the end of all those “wishes” or measures.

In March 2020 I wrote: “Another possibility is to grant licenses to international chain stores (such as Carrefour, Auchan/Alcampo, Mercadona, etc.) to establish stores in Cuba, with the obligation that a percentage of sales go to the State as road tax. For example, when today a product that costs 100 units is sold for 240, multiplying the purchase cost by a coefficient of 2.4 (140 percent of the cost; or 58.3 percent of the margin on sales: 140/240*100), one percent would be covering the operating costs of the stores (wages, supplies for marketing, depreciation, transportation, storage, losses/reductions, etc.) and another part would cover the cost of the product. The rest would remain as the net profit, which is ultimately what the State could obtain as the owner of the store.”

In a hypothetical exercise, I proposed then that “the net profit over the total sales of the state chain stores CIMEX and TRD could be between 40% (or more) above the costs of the products. Under this assumption, if an international chain of stores sells a product for 100 USD and it is established that it must pay the State 40% sales tax, the State would be receiving practically the same as it receives today as the owner of CIMEX, TRD or other chains. Logically, the sales could not be in Cuban convertible pesos (CUC) because it would be facing the same current difficulties to achieve the convertibility to freely convertible currency of the CUC obtained in the sales and to maintain the replenishment of the stores.

“Sales would have to be by cards in freely convertible currency, national or international, but the experience and scope of these international chains would also be added to market their products online. This would allow the State to get rid of the complications of logistics, administration, and other problems that it would have to face as manager and administrator of the stores. I say this without mentioning the additional income that could be obtained from the rent of the stores already in operation or from the right to use the land if these international chains decided to build their own premises. Or the possibility that the State keeps a percentage of the shares of the joint ventures that could be created in Cuba with the international chain stores.”

Despite these ideas, inflexibility was maintained when it came to not accepting foreign capital in wholesale and retail marketing. But what is currently happening in the retail market in foreign currency in Cuba could not have been imagined even in the worst predictions of months ago. Internal and external factors have caused it: from the intensification of the U.S. blockade on Cuba to low national production, which includes productive and institutional inefficiencies, among other organizational aspects, and even ideological and political factors.

It is interesting to see how Minister of the Economy Alejandro Gil, at the Foreign Investment Business Forum held at the beginning of September of this year, said: “One of the ways in which we need to advance more quickly is the increase in wholesaler offers. The goal is for foreign investors to put products in the country and take advantage of its experience, its financial facilities, its technology.”1

If fulfilled as expressed, these measures could pave the way for the arrival of the necessary external capital to the Cuban economy. But the reality is that when you exchange with foreign directors of businesses set up with foreign investment in Cuba, you hear the same reasoning over and over again about the problems that the country is suffering from. It must be taken into account that a potential investor will always approach his compatriots or his colleagues in the industry to exchange experiences and collect opinions before making the decision to invest or not in a new market, unknown until then by that entrepreneur or company.

If many of the obstacles that already established companies have faced remain in force or manifest themselves recurrently, they will undoubtedly hinder the pace of attracting new foreign investment.

Article 9.1 of Law No. 118 on Foreign Investment states that the free transfer abroad of the dividends or profits obtained from the exploitation of the investment is guaranteed. However, in recent years, due to the economic crisis, the country has not granted sufficient external liquidity so that foreign partners can expatriate their profits, thus accumulating several million dollars pending transfer abroad.

In another sense, foreign entrepreneurs are used to creating companies that don’t disappear unless they go bankrupt or unforeseen events occur. But the foreign investment laws in Cuba have required that the licenses to operate a business with foreign investment have an expiration date.

There is no international custom of creating a business, preparing personnel, opening markets, establishing brands, etc., so that all that effort only serves to amortize the investment after a few years and receive dividends for a few other years. Subsequently, the investor must get rid of and forget about the business created. This is where another percentage of potential investors slips away. Under these rules of the game, they would not want to participate.

By law, businesses with foreign investment must hire the Cuban labor force through employer entities. Although the existence of these entities is necessary to select personnel and other purposes, foreign businesspeople cannot understand, or agree, that most of the salary to be paid for the business in freely convertible currency goes to the employing entity and that workers then receive an equivalent in national currency at an exchange rate set by the State.

For businesspeople, the treatment of the workforce, its preparation, and its commitment to the entity are very important aspects, following the criterion that workers are the main asset of any business. In businesses approved under the Foreign Investment Law, foreign partners have not been allowed to pay bonuses to Cuban workers apart from what the joint business disburses to the employing entity.

Economists have raised some doubts about the viability of these new modalities that are intended to be implemented. One consists of the following question: will there be companies willing to invest in the Cuban commercial sector? There will always be investors, and there are many opportunities in the Cuban market because everything is lacking. I imagine there will be proposals. For this reason, what was commented by the first deputy minister is vital for attracting the capital that is required.

It cannot be ignored that today the Cuban State presents a high level of insolvency. It owes several billion dollars to suppliers. That is precisely why they have stopped supplying products and there is a lack of basic necessity products on the store shelves.

No less important is the serious monetary problem that Cuba has today: high hyperinflation, an increasingly dollarized economy, its local currency (the peso) has no international value, and has reduced its value compared to the USD in the last year and a half. The peso-to-dollar exchange rate is approaching 1990s levels of 160 Cuban pesos to one dollar.

The success or failure of the measure cannot be determined in the short term. During the next few months, there will not be many results because these are measures that require time. We have to wait for a few months to see how many companies arrive. And that’s when the time runs out. It is not the same to wait for an electrical appliance to be purchased than to buy the food necessary to live, not just to survive.

But there is the government’s will to remove barriers that hinder the arrival of the long-awaited foreign capital to refuel empty shelves in commerce. We will have to trust that it could be so. The figures of the businesses that are approved will be able to infer if what is being done is bearing fruit or if it will be necessary to delve into new factors to enhance them.