The island’s president lamented the deaths that occurred during these events, which shocked international public opinion, and condemned the attack by pro-Trump protesters on the Washington Capitol. 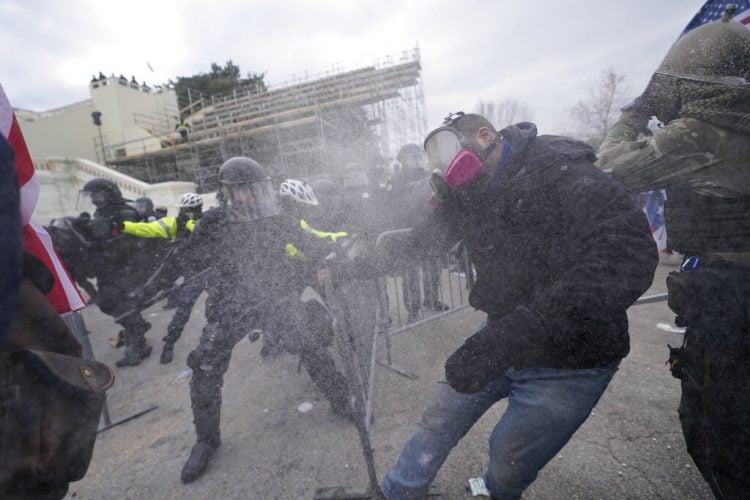 The Cuban government rejected this Thursday the violent acts that occurred this Wednesday in the U.S. Congress, during the irruption into the legislative headquarters of a crowd of supporters of President Donald Trump at a time when Congress had to certify the electoral victory of Democrat Joe Biden.

The island’s president, Miguel Díaz-Canel, lamented the deaths that occurred during these events, which shocked international public opinion, and condemned the attack by pro-Trump protesters on the Washington Capitol.

“We regret the loss of human life and we repudiate the violent acts, the attack on Congress and the supremacist expressions that occurred yesterday in Washington DC,” the president wrote on his Twitter account.

Hours earlier, Díaz-Canel had reacted to the riots in the legislative headquarters with a fragment of a text about the United States written in 1894 by Cuban pro-independence hero José Martí.

“But he does not predict, but certifies, he who observes how in the United States, instead of uniting in the causes of union, divide; instead of solving the problems of humanity, they are reproduced,” the president tweeted, citing Martí’s article entitled “La verdad sobre los EE.UU.”

In both cases, the president accompanied what he wrote with photographs of the events of this Wednesday in the U.S. Congress.

The same was done by Foreign Minister Bruno Rodríguez, who also rejected the “serious acts of violence and vandalism” and affirmed that they are “an expression of the crisis of the U.S. system.”

“We reject the serious acts of violence and vandalism that occurred yesterday in the U.S. Congress. They are an expression of the crisis of the system and the result of a long period of exclusion, manipulation, political irresponsibility and incitement to hatred,” Rodríguez said on Twitter.

The statements of the Cuban president and foreign minister join those of other rulers and leaders of the world, who have publicly shown their rejection of the violent events in Washington, as have numerous politicians from the United States itself, many of whom hold Trump responsible for what happened.

The relations between the United States and Cuba are going through one of their lowest moments after the arrival at the White House of the Republican president, who hardened the policy towards the island with new sanctions, the increase in the trade embargo, the reduction of diplomatic personnel, and restrictions on remittances and travel by Americans to the Caribbean nation.

Against this background, Biden’s triumph raises new expectations, as the Democrat has said that he plans to resume Barack Obama’s policy towards the island and reverse what Trump has done, even though it remains to be seen how and when such intentions could become a reality.