Patrick Leahy said that six decades of sanctions, isolation and threats had not achieved any strategic objective for the United States. 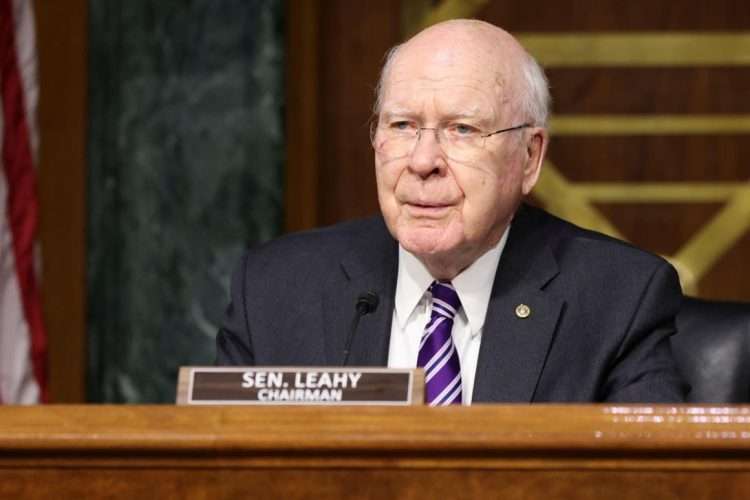 Democrat Patrick Leahy (D-VT) delivered a speech this Wednesday in the Senate condemning the White House policy toward Cuba.

“As someone who has observed the evolution of relations between the United States and Cuba for nearly 50 years, I find the situation between our two countries today bewildering, tragic, and exasperating,” said the 81-year-old senator.

Leahy said that six decades of sanctions, isolation and threats had not achieved any strategic objective for the United States. “This administration’s policy, so far, has been dictated by a tiny but vocal constituency in this country that has always opposed U.S. engagement with Cuba,” he continued. “They have done this for decades, but that policy, history has shown, is doomed to failure.”

Leahy denounced the failure to meet deadlines at the State Department, like a review of Trump’s policy in re-designating Cuba as a sponsor of terrorism. “Whatever became of the review?” he asked.

“The COVID pandemic provided an obvious opportunity for cooperation between American and Cuban scientists,” Leahy said. “That opportunity, like so many others over the years, was squandered due to politics, distrust, and spite.”

Remittances to Cuba have been restricted by the Treasury Department under President Biden, another Trump administration policy that Leahy has also opposed.

“Shouldn’t Cuban Americans have the right to decide for themselves whether to send their own money to their relatives, rather than having that decision dictated by the White House?” he asked. “Remittances help Cubans be less dependent on the government.”

“The White House has repeatedly said that ‘democracy and human rights’ are at the core of its policy toward Cuba,” he added. “I have asked, but I have no idea what the administration’s practical objectives are in Cuba, or how it proposes to achieve them.”

The senator called on President Biden to change the course on Cuba and re-implement President Obama’s policies of easing sanctions and fostering bilateral dialogue. “While we maintain an intricate web of unilateral sanctions that every nation in this hemisphere opposes, the Russians and Chinese are aggressively filling the vacuum as anyone who visits Cuba today can readily see,” he said, referring to the various trade agreements between the three countries and the projects that China has led on the island.

Since 1999, Leahy has traveled to Cuba several times with his wife as part of multiple congressional delegations. “This administration has had ten months to demonstrate that continuing the failed Trump policy of trying to bludgeon the Cuban authorities into submission can produce positive results,” he said.

“Are we going to waste another year and another after that? I hope not, but that is what will happen if the White House does not change course and show the kind of thoughtful leadership on Cuba that we saw during the Obama administration, and that was welcomed by a large majority of the American people. This administration can do better.  It needs to do better.”