Complying with these forecasts will largely depend on how the COVID-19 pandemic continues to behave in the country and the rest of the world, as commented this Thursday by Cuban Minister of Tourism Juan Carlos García Granda.

OnCuba Staff
in Tourism in Cuba
2 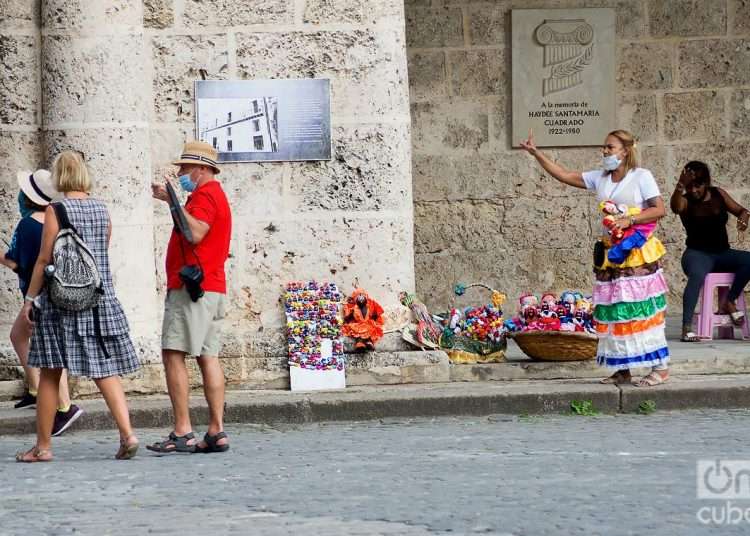 The expectations regarding the recovery of tourism in Cuba stands at no less than 2.5 million visitors during the next year, according to the authorities of the sector.

Complying with these forecasts will largely depend on how the COVID-19 pandemic continues to behave in the country and the rest of the world, as commented this Thursday by Cuban Minister of Tourism Juan Carlos García Granda during the 3rd Gaviota Destinations Tourist Exchange, held in the Cayo Santa María tourist destination, in central Cuba.

Approaching the number of tourists who arrived on the island during 2019 is the aim of the Cuban government, whose hopes for achieving this rest on the progressive recovery of the industry worldwide, but also on the sanitary protocols established in the country and the possibility of vaccinating more than 90% of the population before the end of this year.

To achieve an increase in tourist activity after the reopening of borders on November 15, the authorities of the sector “face the challenge of restoring consumer confidence” and promoting the Cuba destination as one of the safest in the Caribbean, said García Granda, quoted by the Agencia Cubana de Noticias (ACN) news agency.

“The health protocol that is applied in tourist operations and services is of proven efficacy, since there have been no coronavirus SARS-CoV-2 client-worker infections so far this year,” said the Cuban tourism minister, who explained that in November more than 50,000 visitors arrived in Cuba, mainly from Russia, one of the island’s main tourist markets.

Data provided by the Ministry of Tourism show that currently more than 2,200 facilities in the country have the More Hygienic and Safe Tourism certification.

In addition, about 25,000 people who work in the sector have received training on sanitary protocols, both in state facilities and in private ventures.

With the reopening of international travel in place since November, Cuba is trying to recover tourism — its second official source of foreign currency income, only behind the sale of professional services abroad — after more than a year and a half of restrictions and a drastic reduction in visitors caused by the impact of the pandemic.

Before the coronavirus arrived on the island in March 2020, tourism contributed around 10% of the gross domestic product.

The Caribbean country intended to receive about 4.5 million international visitors last year and reverse the 9.3% fall in 2019, when 4.2 million tourists traveled to the country, 436,352 less than in 2018, according to official data. But COVID-19 prevented it. And in the first semester of 2021, only 114,460 international travelers arrived on the island, a figure that represents 870,739 fewer visitors than in the same period of 2020.