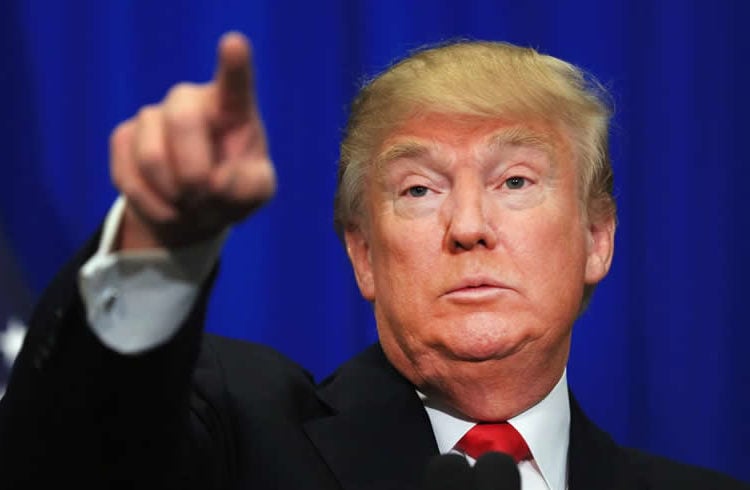 The second debate of this year’s U.S. presidential electoral campaign on the night of October 9 once again demonstrated – as if it was necessary – that Donald Trump’s possibilities of victory cannot be so easily underestimated. The day before the debate, a great deal of the principal U.S. media had been sure that the New York magnate would not have a way out of the most recent scandal caused by his misogynist and sexist manifestations, revealed in a 2005 recording, especially because of the negative impact it had among the politicians and traditional leaders of his Party.

However, to the deep satisfaction of his followers, far from being daunted, Trump pounced on Hillary Clinton, even threatening to jail her if he got to be president. Although Clinton played a better role than he in the debate, Trump achieved an important objective: to put a stop to his campaign’s bleeding and forcing the chairman of the Party National Committee to point out that he will continue being backed.

Dan Balz, one of the most experienced and prestigious U.S. political analysts, in his comment almost immediately after the debate, published in his Washington Post column, pointed out that once again Trump has taken the 2016 campaign to a point no one could have imagined when it began.

This year’s presidential election in the United States has indeed been exceptional. Several unexpected events have occurred, the most significant being the surprisingly vertiginous rise and successful campaign of Donald Trump to become the presidential nominee of the Republican Party and to get to the White House.

The New York multimillionaire announced more than a year ago that he would aspire to the nomination. The majority of the observers forecasted his quick disaster, among other things, because the elite that controls that political group was favoring other candidates who were closer to its interests. All those who entered the race were not only defeated by Trump but also mercilessly ridiculed and attacked, with an unusual style at that level in the presidential campaigns of the neighboring country.

That brawling style was repeated on the night of Sunday October 9 and what is paradoxical about the case is that nothing seems to destrot this execrable character who, with his exuberant and petulant individualism, reflects, to a great extent, the worst of U.S. economic culture and policy.

A “man of the system”

Who is Donald Trump? He was born in the upper class neighborhood of Jamaica Estates in Queens, one of the Big Apple’s five administrative districts. His grandparents were German immigrants who moved to the United States in 1885. Although his father did not always live in New York, when Trump was born, on June 14, 1946, he was already considered one of the major real estate brokers of the big city on the banks of the Hudson River. Despite not having been a good student, Trump went to the best private schools and universities in the east, including the Wharton School of Business of the University of Pennsylvania.

As soon as he graduated in 1968 he went to work in the family businesses, three years later becoming the president and principal executive adviser. His most important businesses are real estate, casinos, golf courses and hotels, all of which he immodestly names after himself, for example the hotel he inaugurated recently in Washington. No one is absolutely sure what his current fortune is, which could oscillate between four and 10 billion dollars. Therefore, he is clearly a member of the wealthiest 1 percent of U.S. society. To top it off, he is a celebrity who has made incursions into the world of entertainment as a promoter of beauty pageants and the main character of a reality show, The Apprentice. He has married three times women who are especially known for their beauty.

He is, therefore, a “man of the system” he criticizes so much, which he has taken advantage of as demonstrated by the fact that he did not pay taxes for a decade, shielded by one of those loopholes in the U.S. tax regimen which his most fanatical followers abhor so much because it favors the wealthiest persons, like Trump.

Ever since he became famous, he showed a propensity to project his ego by appealing to an exuberant and provocative style. His principal weapon has been that of constantly attacking his rivals in the personal terrain. These attacks do not respect limits, and they have even been against his own Party colleagues, as was the case of Ted Cruz and his insults to his wife. His political rallies have been frequently interrupted by violence, encouraged by the nominee himself. Instead of weakening him, those events seem to favor him.

But contrary to what one could think, Donald Trump’s candidacy is the logical result of the political lines that some Republican leaders have been favoring in recent years. Although he is not one of the politicians who emerged from the Tea Party or who had its backing, there should not be any doubt about the link between the personage and that movement. Remember that this was the Party that had Sarah Palin as a candidate to the vice presidency in 2008.

As has been pointed out by Michael Kazin, a political scientist who has studied the phenomena of populism in the history of the United States, Trump frankly belongs to one of the variants of that tendency, which exploits the insecurity of the white middle class citizens of scarce education who are afraid of immigration, free trade and the government’s role, and consider that they are the real “Americans,” in a display of their coarse nationalism. For them, a combination of immigrants, Afro-Americans and liberal whites is snatching “their exceptional country” from them. There is where Trump’s fundamental social basis lies and the reason for which he continues there despite having made “all the mistakes in the book.”

In a U.S. presidential electoral campaign the pendulum usually swings one way or another and this one has not been an exception. Trump was on top during a great deal of September, but his numbers started dropping after his poor performance in the first debate on the 26th of that month. Thus a recovery and victory in four weeks, when the elections take place, should not be ruled out.

On what would Trump’s victory be based?

First, on the solid backing of his social basis, with which he guarantees close to 30-40 percent of the voters. Given the dynamics of the campaign, the backing of this nominee seems more solid than that of Hillary Clinton.

Second, on the fact that he has sufficient funds to maintain the campaign, in addition to the backing of important Wall Street figures.

Third, on Hillary Clinton being a nominee with numerous vulnerabilities that have levels of disapproval almost as high as those of Trump. She is, moreover, a professional politician in a year in which that is damaging.

Fourth, on the fact that Trump can hope to win rather assuredly in 23 states of the South, West and Midwest that traditionally vote for the Republican Party. With this, until now he has at least 165 votes out of the 275 he needs.

Fifth, on the fact that the Republican Party will have no choice but to back him, as demonstrated by the recent statement of the chairman of its National Committee.

However, what’s most logical is that Trump will lose on November 8, probably because his positions are not welcomed by the citizen sectors with the fastest growth: Latinos, Afro-Americans and women. Neither does he have the empathy of a substantial part of the dominating class and the power elite.

However, it’s still not clear whether Hillary Clinton will be able to count on another sector that backed Barack Obama in 2008 and 2012: young people.

That part of the voters sees her campaign with deep skepticism and it is very probable that there will be a great many of abstentions among them, given the age of both contenders, the oldest to aspire to the White House. That situation is more damaging for Mrs. Clinton.

A Trump victory would be a Republican Party victory along the entire line. In Congress the domination of the most conservative will be strengthened.

The new president would have the possibility of nominating the substitute for John Scalia, the most right-wing of the judges of the Supreme Court until his passing away this year. This would give the conservative forces the possibility of boosting their agenda based on their control of the three government branches.

In terms of economic policy there must be few doubts that Trump would favor the 1 percent of the U.S. citizens. He would surely reduce the taxes of the members of his class. The majority of the advances achieved under Obama, which are not few, would be reverted.

Trump would draw out strategies to reduce the traditional social programs like social security, Medicaid and Medicare.

Once elected, his principal opponents in the Republican Party will join him in order to obtain concessions. Paul Ryan and other Party leaders will have to accept him and work with a man who doesn’t like discrepancies.

Trump’s ideological instincts tend toward extreme positions, which will mark his entire way of governing. Since during his campaign he has been ambiguous about the promises for policies to follow, he could move in any direction that suits his political interests, even a military intervention on a grand scale.

In that context, an increase in military spending is very probable and a new U.S. military intervention in some part of the world, due to the nationalism of the nominee and his followers, is more than likely.

Trump has not withdrawn any of his principal statements on migratory policy, no matter how crazy they seem.

Although some ideas are impossible to put into practice, the possible new president – who will surely aspire to be reelected – will tend to implement them, which can put into question maintaining of the Cuban Adjustment Act, which could be one of his first victims.

Finally, as he already announced, it is very probable that the process of normalization of relations with Cuba will stop and perhaps there will be an effort to revert it.

What is clear is that with Trump in the White House, the supporters of a hardline policy toward Cuba, which are especially found in the Republican Party, will pressure the bureaucracy of the Departments of State, of the Treasury and of Commerce, as well as other government institutions, to properly implement the economic, commercial and financial blockade, which could even endanger the trips and the sending of remittances to Cuba.

A Donald Trump victory is possible. A Donald Trump administration would be extremely damaging for the United States, for the world and for Cuba and the Cubans.