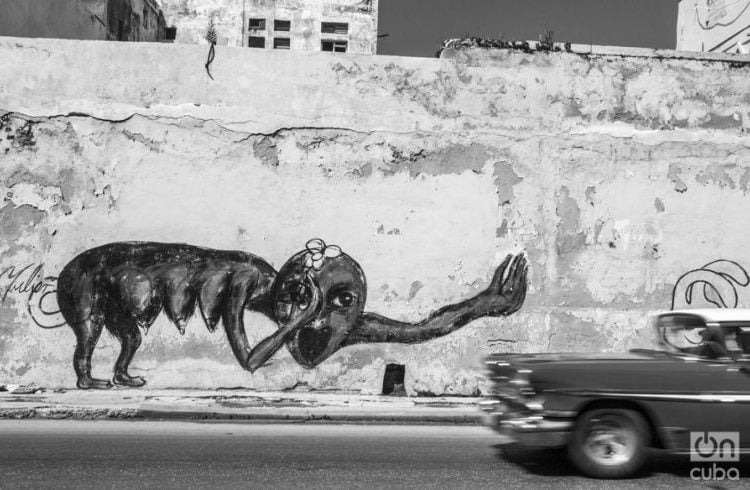 Five months into his administration, Donald Trump announced his “new” Cuba policy on 16 June. With his typical tendency to do more histrionics than politics, he did it in Miami, surrounded mostly by Bay of Pigs veterans, many of them septuagenarian and octogenarian Americans of Cuban origin who had served the United States in Vietnam and the dirty wars of Central America in the 60s, 70s, and 80s. The tone of his speech and the reactions sounded like the “good old Cold War days.”

This “new” policy was supposed to be the result of a profound review of the agreements reached by Cuba and the United States since December 17th 2014. It has resulted in a halfway attempt at reviving a failed 55-year-old policy of using economic sanctions to impose extreme hardships on the Cuban people so that they would rebel and overthrow their government. The purpose of that policy was explained by a State Department document of April 1960 as designed to bring about “hunger, desperation and the overthrow of the Cuban government.” Washington has euphemistically called it an “embargo.” The Cuban people call it a “blockade”. The international community, the United Kingdom included, has defined as such because of its unilateral, extraterritorial and illegal character in resolutions that have been approved by the United Nations General Assembly uninterruptedly every year since 1992.

The main line of the President’s speech was quite bombastic: “Therefore, effective immediately, I am canceling the last administration’s completely one-sided deal with Cuba.” But, as usual with Mr. Trump, it was “fake news”. After the dust settled, it was realized that diplomatic relations were maintained and embassies would not be closed. None of the 22 agreements signed by the two governments in the last two years of the Obama administration were denounced. Among those covenants were several very significant: the immigration accord ending the “wet foot, dry foot” policy and the privileged status of Cuban illegal immigrants in the US; the civil aviation arrangement that allows regular airline connections between several cities in both countries; the cooperation covenant on combating drug trafficking; and the list goes on and on. Probably, the different federal agencies of the “deep state” prevailed in not allowing major changes to what was their creation under Obama.

How did this come to happen? It was probably a combination of many factors. First, Mr. Trump’s quite inconsistent positions about Cuba; he sent a team to the Island in the 90s to find out if he could invest in the expanding tourist sector, defying the US economic sanctions that he now so eagerly embraces; in 2014 he reacted positively to Obama’s opening only saying, as he is prone to say, that he would have done a better deal a position that he repeated when running for the Republican nomination; he defeated his adversary Marco Rubio in the Florida primary precisely adopting the opposing view that he has rhetorically adopted on June 16; inexplicably, at the end of the presidential campaign, he hardened his pronouncements with the false presumption that it would help him win Florida in the presidential election against Hillary Clinton, something that did not happen.

Second, apparently one of the leitmotivs of his presidency will be reversing everything his predecessor did, even if they are successful policies, like the diplomatic opening to Cuba.

Thirdly, he seems intent on courting Senator Rubio, forgetting the personal bitterness and animosity that characterized their debates during primaries. Rubio has been more than ready to play the game. Probably, the key factor that both Republicans take into account is that the President is in deep trouble because of the improper and probably illegal contacts of his entourage with Russian diplomats during the electoral campaign and the fact that the Senator can be of help, been a member of the Senate Intelligence Committee that will investigate the issue. Rubio has already proved his usefulness to Trump during the hearing where former F.B.I. Director James Comey testified about his conversations with the President.

Finally, and probably most important, President Trump’s own views about US foreign policy. He thinks that he can bully the rest of the world into accepting US domination. Cuba, a weak and small neighbour, or so he thinks, is a good target.

After visiting the Middle East and joining most of the authoritarian leaders of the region, there is no way that anyone can believe Mr. Trump’s justification for the mainly rhetorical turnaround, the bogeyman of human rights.

Trump’s decisions, pending the new regulations, will certainly impact the embryonic travel and business activities established under President Obama and affect the normalization process. Since Obama only marginally allowed travel and business, the only thing that Trump can do is marginally decrease them. However, three factors will remain true. First, in Cuba it is impossible to separate the private sector from the state sector, especially the so-called military enterprises. Second, travel, especially individual travel, fundamentally benefits the private sector. Third, the market will nimbly work around regulatory loopholes where found.

Although Cuba has generally been able to adapt to changes in U.S. policy, from Carter to Reagan and again from Clinton to Bush, the government’s pragmatic, but firm, position against any concession on the basis of sanctions has remained consistent. The current policy change differs from previous U.S. policy swings in that it does not completely do away with its predecessor: While Trump’s policy shuts down business transactions with Cuban entities affiliated with the Cuban military (and restricts individual people-to-people travel to the island), Cuba will continue to cooperate with U.S. institutions to the extent possible. Barring no new more damaging rhetorical displays, that cooperation, no matter how minimal, will enable normalization to continue over the next three and a half years, although certainly at a much slower pace.

Carlos Alzugaray is a Cuban diplomat, professor and writer. Member of the Union of Cuban Writers & Artists (UNEAC). Independent political analyst. This article was first published in Mornig Start and was reproduced under the permition of the author.

Nail polish and empowerment shine at in-home salons in Cuba