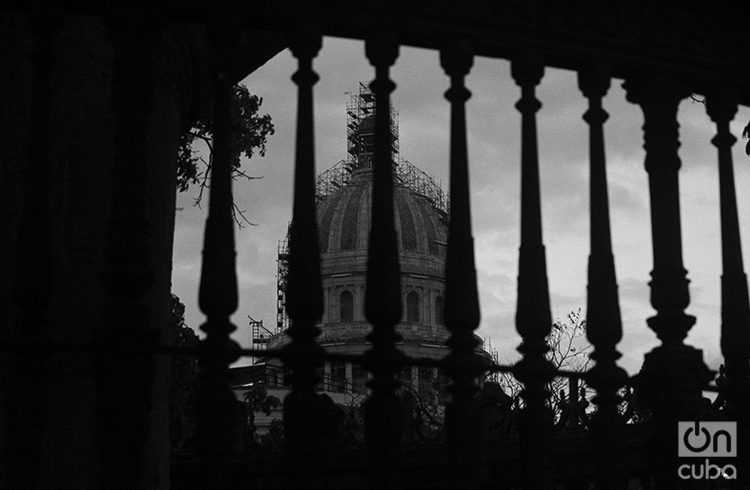 After months of waiting, Cuba observers finally heard from Trump in mid-June on his policy with Havana. During his presidential campaign, Trump flip-flopped from being “OK” with former president Obama’s engagement policy with Cuba to aligning himself with far-right-wing Miami Cuban interests (who, despite their 50-year failure in changing the regime in Havana, still want to maintain a Cold War policy of conflict with the Cuban government).

When Trump flew to Miami recently to announce, in front of an auditorium filled with conservative Cuban exile voters, his partial reversal of Obama’s rapprochement with Havana, some observers wondered why he openly aligned himself with Senator Marco Rubio and Congressman Mario Diaz-Balart (who represent this shrinking portion of the Miami Cuban community). Trump claimed that he was repaying that community for its “support” of his presidential race against Hillary Clinton. The problem with that explanation is that he lost Miami-Dade County (the district with the largest concentration of Cuban-Americans in Florida) –by a wide margin– to Hillary. According to Politico.com, 63.7% of Miami-Dade voters (where one out of three voters is Cuban-American) went for Hillary, as opposed to just 34.1%, which went for Trump). No doubt, Trump attracted support from far-right-wing elements of the Miami Cuban community, but they did not deliver Miami-Dade County to Trump.

Nearby areas like Broward County showed a similar result. There, Hillary beat Trump 66.5% to just 31.4% of voters, while she won over Palm Beach Country 56.5% to Trump at 41.2% of the vote. Meanwhile, in parts of Florida with little (if any) Cuban-American presence, Trump did very very well. For example, Baker County (located in the more rural Panhandle area – Northwest Florida), Trump won 81.5% of the 2016 vote. Calhoun County, also located in Florida’s Panhandle, overwhelmingly went for Trump (with 76.6% of that county’s vote), while Clay County (located just southwest of Jacksonville – Northeast Florida) delivered for Trump with 70.4% of voters there.  These and other Florida districts delivered mostly blue-collar white American voters to Trump, in part because of his “America First” message, along with his anti-immigration stance, and (some would argue) his thinly-veiled appeals to white nationalist voters.

Since Trump really doesn’t “owe” conservative Miami Cubans anything politically, one can only speculate as to why he’s supporting Marco Rubio’s bankrupt Cold War policy on Cuba. Some say that both Rubio and Diaz-Balart struck a “devil’s bargain” with Trump: “we’ll vote to repeal Obamacare, and support far-right conservative signature issues like massive tax breaks for the wealthy, cutting regulations on Wall Street, etc., in return for rolling back Obama’s policy on Cuba.” That, along with defending Trump (amid accusations from even other Republicans on his questionable ties to Russia). So far, this is the only plausible explanation for Trump to be politically aligned with Rubio and Diaz-Balart (at a time where the Miami Cuban community is changing its attitude toward engagement with Cuba).

Some Cuba observers thought that Trump would, if anything, step up Obama’s engagement policies with Cuba, at least for his own reasons. Trump’s sons Eric and Donald Jr. (who now run the Trump Organization on their father’s behalf) can certainly cash in on pursuing business opportunities with the island. That rationale is supported by Trump Organization’s prior trips to Havana (to examine prospective golf courses outside of Havana) – confirmed by Bloomberg and Newsweek reports on Trump’s interest in prospective Cuba deals. The president’s current chief negotiator on Cuba and Israel-Palestine issues is Jason Greenblatt, a long-time Trump Organization attorney who previously visited Havana on that firm’s behalf.

Trump has already generated a track record with building luxury real estate developments in other Latin countries – from Panama to Dominican Republic. In the latter country, Trump, in a partnership with Dominican millionaire Ricardo Hazoury, built the luxury real estate development known as “Cap Cana” during the late 2000s (which includes a seaside golf course, an Italian Riviera-style mega-marina complex, and million-dollar homes & condo apartments). Some observers say that Trump can easily builds two or three “Cap Canas” in Cuba, by either buying out pre-existing projects in Cuba, such as the yet to be built “Carbonera Club” and “Village at Jibacoa” ventures (set up by UK and Canadian investors, and located within driving distance of Varadero), or else start a completely different project elsewhere on the island.

Others say that Trump, in temporarily opting for a reversal in Obama’s Cuba policy, could be insidiously barring other American developers from pursuing their own Cuba plans, in order to negotiate a latter easing of sanctions against Cuba (and eventually lifting the embargo against Havana) –at his own time of choosing. Such a plan would presumably include eventual negotiations with Cuba to settle pre-existing U.S. compensation claims against the Castro government – now totaling $8 billion with interest (even if it means calling in Wall Street wizards like Goldman Sachs to oversee such a compensation deal).

By that time, Trump could position his family to move in on Cuba (complete with the necessary authorizations and paperwork from the relevant federal government agencies to pursue real estate ventures), and swoop in on Cuba like vultures – all in a bid to turn Havana’s skyline into another Miami. Of course, such plans would coincide with Raul Castro’s retirement from power, with Trump negotiating such deals with a younger generation of Cuban leaders. Time will tell if this is Trump’s true agenda for Cuba. One can only speculate until then. Assuming this scenario unfolds, this would mean that Trump will eventually betray the Marco Rubio crowd (something that he can easily do).

In the meantime, just weeks before Trump’s Cuba announcement, the Washington lobbying group “Engage Cuba” (whose supporters includes American companies that want to do business with Cuba) released a report asserting that at least 12,000 U.S. jobs would be lost, along with costing the U.S. economy $6.6 billion if he fully carries out his rollback of Obama’s engagement policies with Cuba. Such lost jobs range from airline and cruise ship staffers to “mom & pop” travel agents, to agricultural & food producers & exporters. The irony is that many of those jobs are in farm-belt states which represent a significant port of Trump’s voter base, such as Georgia, Texas, and Louisiana. Since Trump cultivated an image of being a “job creator” (making much noise before his inauguration about preventing Indiana-based manufacturer Carrier from relocating 1,100 jobs to Mexico), his Cuba policy runs the real risk of labeling him a “job killer”, which may come back to haunt him if he’s not impeached in the near future and is around to run for re-election in 2020.