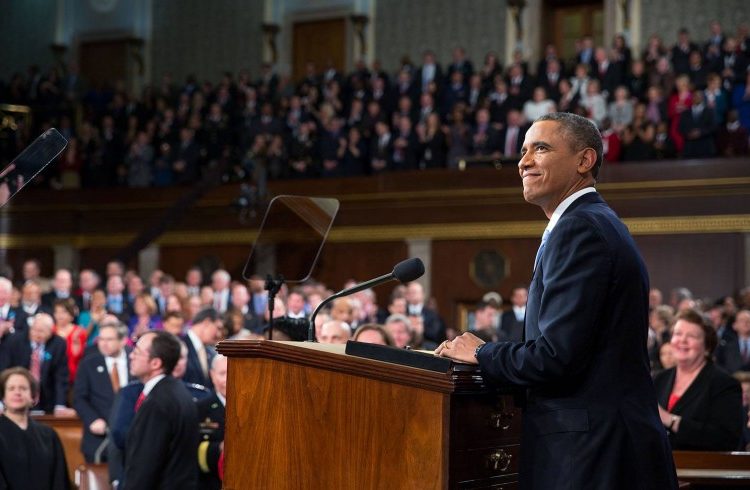 “Congress should begin the work of ending the embargo,” said President Obama in his SOTU speech in January 2015.

James Williams will be president of Engage Cuba, an advocacy group that will be launched in May to get as many votes as possible in Congress in favour of normalizing relations with Cuba.

The organization has been described by The Wall Street Journal as “a group of heavy-hitting political operatives” who are “setting up a new campaign to press Congress to repeal the long-standing trade and travel embargo with Cuba.”

“There are many members of Congress on both sides of the aisle who didn’t necessarily support the policy before, but didn’t act on it because there was no incentive, and it seemed unlikely to move forward,” Williams told OnCuba via e-mail.

“The status quo, hard-line position was the only viable answer politically a few years ago, but that’s no longer true,” he added. “Engage Cuba is timely because there is a new environment in Washington, both from a regulatory perspective but also from a political one, that makes change possible.”

In his opinion, the fact that Republicans hold the majority of the seats in Congress will not be an obstacle. His organization includes several GOP politicians, such as former Deputy Secretary of Labor Steven Law, and former Special Assistant to the President for Legislative Affairs Kristen Chadwick –both of whom served during the George W. Bush Administration.

“We think there’s much more interest in Congress than was previously thought possible,” he said.

This interest is in tune with the new policy announced by the U.S. government on December 17, that was later reaffirmed by Obama in his State of the Union speech on January 20: “In Cuba, we are ending a policy that was long past its expiration date. When what you’re doing doesn’t work for fifty years, it’s time to try something new. Our shift in Cuba policy has the potential to end a legacy of mistrust in our hemisphere; removes a phony excuse for restrictions in Cuba; stands up for democratic values; and extends the hand of friendship to the Cuban people. And this year, Congress should begin the work of ending the embargo. As His Holiness, Pope Francis, has said, diplomacy is the work of “small steps.”

“Even the Republican Chairman of the Senate Foreign Relations Committee, Bob Corker, said the embargo has been ineffective,” noted Williams, who also made reference to a letter written by seven prominent Republican senators in support of a new course on Cuba policy.

“In that changing landscape there is already bipartisan legislation introduced to expand trade, and a bipartisan group of United States Senators also introduced a bill to end the travel ban on Americans going to Cuba,” he added.

“That’s the new reality in Washington, and it’s one that will do much more to advance America’s interests, promote our values, and support the Cuban people as they work to define their own future and advance their basic human rights,” he said.

In many of his answers, Williams reiterated that this is the right moment for Engage Cuba: “There is a broad consensus emerging from business, agriculture, policy experts, and civil society generally that Congress must end antiquated trade and travel restrictions on Americans that stand in the way of more meaningful engagement with the Cuban people.”

He also said that the dominant party in Congress has no reason to oppose this change, not even out of principle: “Republicans believe in the power of the free market and in speaking out in support of America’s values anywhere and everywhere.”

Despite the openness promoted by the White House, the Department of the Treasury keeps most of its sanctions against Cuba unaltered, as acknowledged by Deputy Director of the Office of Foreign Assets Control John E. Smith.

The president of Engage Cuba insisted that there is enough support in the Capitol to update the policy toward Cuba, as the recent decision of Congress not to oppose the country’s removal from the list of State Sponsors of Terrorism could indicate.

Ileana Ros-Lehtinen (R-Fla) and a group of 35 congress people were ready to oppose the rescission, but were informed by the parliamentary that it was not legally possible.

The Beginning of the End

For how long will Engage Cuba and the Helms-Burton Act coexist? James Williams prefers to cite facts and surveys, rather than making predictions. “There are very serious organizations and individuals involved with this effort. We think the time has come for a smarter and more effective Cuba policy.”

“I can’t tell you how long it will take,” he concluded, “but if Congress acts, our policies will certainly have a much more significant impact and much more quickly than the failed policies of the last fifty years.” 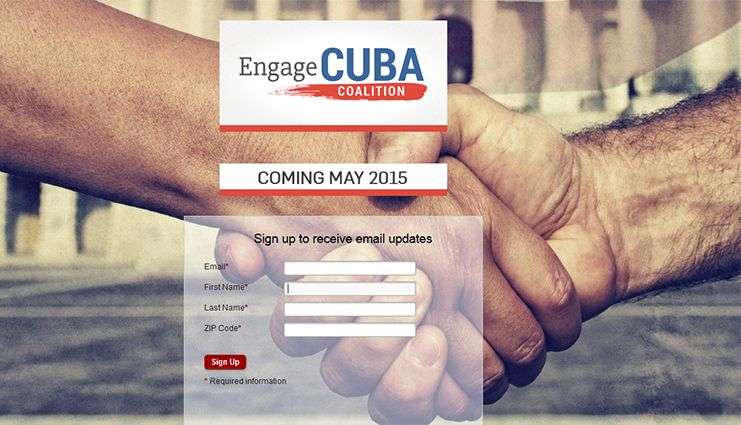