Fear of Florida: Why Biden doesn’t act on Cuba

In the three decades since Cuban Americans became a force to be reckoned with in presidential politics, only one Democratic candidate has come close to winning a majority of their support: Barack Obama. 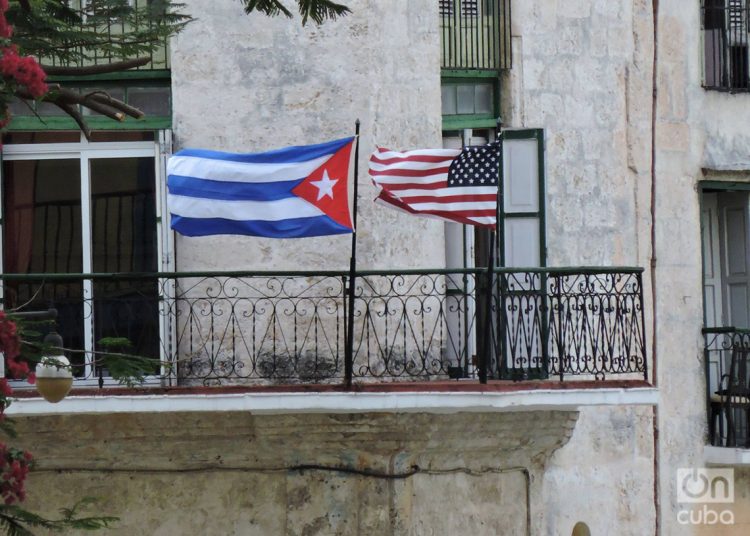 The U.S. vote in the United Nations General Assembly against the resolution calling on the United States to lift its embargo on Cuba is another example of President Joe Biden’s reluctance to move away from Donald Trump’s Cuba policy. The first signal was the administration’s decision to reaffirm, with no real evidence, Trump’s determination that Cuba is not supporting U.S. counterterrorism efforts.

The reason for Biden’s failure to reengage with Cuba, despite promising he would during the campaign, is fear of Florida. Democrats are still suffering electoral PTSD from Al Gore losing the state — and the presidency — to George W. Bush by 537 votes, a loss in which Cuba was a central issue and Cuban Americans played a pivotal role.

Gore won just 20 percent of the Cuban American vote in Florida in 2000, far below Bill Clinton’s tally of 35 percent four years earlier. The reason was Elián González, the five-year-old boy found floating in an inner tube after his mother and other Cuban adults drowned trying to cross the Florida Straits. To the outrage of most Cuban Americans, the Clinton Justice Department forcibly seized Elián from his uncle in Miami in April 2000, and returned him to his father in Cuba. In November, Cuban Americans cast a “voto castigo” — a punishment vote — against Gore, who was Clinton’s vice president at the time.

Biden’s Florida campaign strategy in 2020 was to say as little about Cuba as possible because nothing he could say would win votes and whatever he said would certainly lose some. This left the electoral battlefield to Republicans, whose carefully crafted appeals to Cuban Americans (and Venezuelan Americans and Colombia Americans) branded Democrats as socialists.

The result was a Democratic debacle. Biden won Miami-Dade County by just 7 percent, compared to Hillary Clinton’s 30 percent margin in 2016, a decline that put Florida’s electoral votes well out of reach. Democrats also lost two House seats that they thought were safe. Trump won more than 60 percent of the Cuban American vote — the most since Bush in 2000.

This new trauma has intensified the Democrats’ fear of Florida at a moment when it looms large in calculations for the 2022 midterm elections. In an uphill battle to hold their House majority, Democrats will try to win back those two House seats in Miami-Dade. Rep. Val Demings (D-Fla.), who made the short list to be Biden’s vice president, has declared her candidacy to challenge Republican Sen. Marco Rubio, and Democrats also hope to dethrone Gov. Ron DeSantis (R).

“The past is never dead. It’s not even past,” William Faulkner wrote, and so it is for Democrats and the 2000 election. Ron Klain, Biden’s chief of staff, was chief of staff to then-vice president Gore and general counsel of Gore’s Recount Committee in 2000. “I am not over it,” he told The Atlantic last year. “I don’t think I’ll ever be over it.”

Manny Díaz, the new chair of the Florida Democratic Party tasked with recouping Democratic losses among Florida’s Latino diasporas, was the lawyer for Elián González’s Miami relatives, a role that launched his political career. Neither Klain nor Díaz are likely advocates for improving relations with Havana.

The Biden administration’s long drawn out Cuba policy review suggests that the White House can’t figure out how to manage the issue’s political risks. On the campaign trail, Biden pledged to reverse Trump’s sanctions that hurt Cuban families, restore travel to the island and engage with the Cuban government on issues of mutual interest. This modest agenda is more reminiscent of Clinton’s policy circa 1998 than Obama’s opening in 2014. But if and when it is announced as policy, the firestorm of Republican condemnations will be no less vitriolic.

In the three decades since Cuban Americans became a force to be reckoned with in presidential politics, only one Democratic candidate has come close to winning a majority of their support — Barack Obama. He did it not by trying to dodge or downplay the Cuba issue, but by engaging it head-on and appealing to moderate Cuban Americans who favor a less antagonistic approach. In 2008, he won 35 percent of the Cuban American vote — at the time, the high watermark for Democratic presidential candidates. In 2012, he won 48 percent. In the two years after Obama announced his decision to normalize relations with Cuba, Cuban American support for his policy increased from 51 to 56 percent.

The lesson of Obama’s success is that leadership matters. The best strategy for defending a politically controversial foreign policy is to do what makes the most sense as foreign policy and defend it vigorously in the public arena. On Cuba, the alternative is to continue Trump’s failed policy of hostility — a policy that serves no practical U.S. national interests and cynically sacrifices the welfare of the Cuban people on the altar of Florida politics.

William M. LeoGrande is professor of government at American University in Washington, D.C., and co-author of “Back Channel to Cuba: The Hidden History of Negotiations between Washington and Havana.”  Twitter: @WMLeoGrande