In 1997, one of the judges involved served out a sentence of 185 million dollars against the Cuban government for the downing of the Brothers to the Rescue aircraft. 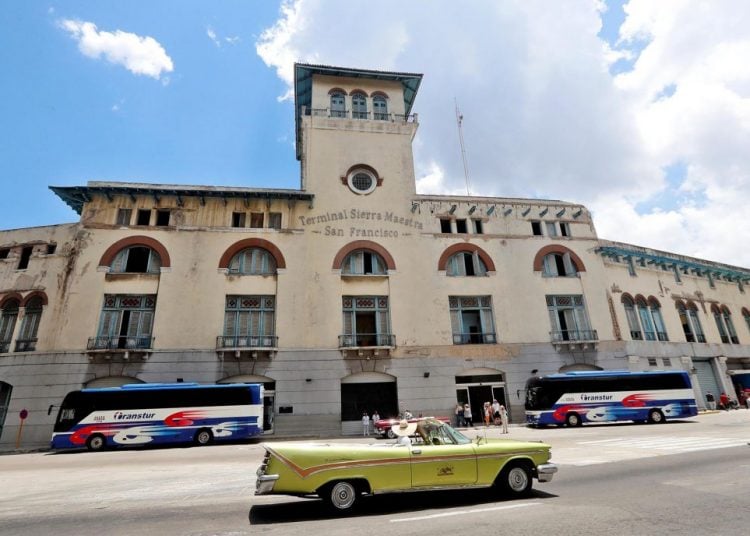 The first lawsuits against foreign companies that are using commercial facilities nationalized at the beginning of the Cuban Revolution are demanding compensation for triple the amount of the alleged losses, but two of them don’t specify the intended amount. That of Exxon Mobil is the first one against the Cuban government and the only one that puts a value to its nationalized interests: more than 70 million dollars.

In addition, one of the three judges in charge of processing them has participated in a major trial against the Cuban government, which could lead to a “conflict of interests,” according to specialists consulted by OnCuba.

The lawsuits have been filed in Miami and Washington DC, two against the Carnival cruise line and the third directly against two Cuban companies, the CIMEX holding and the oil distributor CUPET. The latter are sued by the Exxon Mobil oil company, heir to the interests of Standard Oil, whose facilities were nationalized at the beginning of the 1960s.

The lawsuits have been filed after last month the Donald Trump administration lifted the ban on the application of the controversial Helms-Burton Act, in particular its Title III, which allows all Americans to go to court in search of financial compensation for the “confiscation” and subsequent “trafficking” of their property on the island, as defined by the legal language in the U.S. legislation.

The two lawsuits against the cruise line are not very precise in details about the alleged compensations, and their text doesn’t go beyond the basics for the consideration of a judge. Both just ask for compensation for damages and prejudices in similar paragraphs.

“The plaintiff requests (that) a decision against the defendant (be executed) as follows: order the defendant to pay for the damages, the accrued interests decided before and after the trial, the payment of attorneys’ fees and order that all additional compensation is fair and appropriate.”

In the documentation of the lawsuit filed by the heirs of the owners of Havana Docks Corporation, for the use of the facilities in the port of Havana, known as “the cruise ship port ” but officially called “Sierra Maestra Pier,” a decision is attached made by the Claims Commission established by the Federal Government, which in 1971 concluded that the claim has a value of 9,179,700.88 dollars.

This doesn’t mean that it’s the sum granted by a judge, but represents the value of the property at the time of nationalization on October 24, 1961, after the publication of the decision in the Official Gazette on July 6, 1960.

The same happens in the lawsuit filed by Javier García-Bengochea, heir to a port facility in Santiago de Cuba that belonged to the shipping company La Marítima, nationalized on October 13, 1960, following the same nationalization decree published in the Official Gazette. The claim includes other port property, real estate interests and railroads. In total, according to the federal certification commission, the properties had, at the time of the intervention, a value of 547,365.24 dollars. But just like the previous one, for the moment the lawsuit doesn’t ask the courts for that amount.

The two lawsuits were filed against Carnival for the use of port facilities and the services provided to cruise ships. They all ask for a “fair” payment for that activity, not the cessation of trips to the island.

This is the most complete of the three presented so far. A lawsuit that arises as a result of the nationalization of two companies in the same industry, the Esso Standard Oil and Mobil. Exxon Mobil is the heir of both and has filed the first lawsuit, until now, directly against Cuban companies, CIMEX and CUPET.

It’s not only a lawsuit for the use of nationalized facilities or services provided to foreign companies, but it’s a lawsuit also directed against the lack of compensation by the Cuban state for the nationalization of these properties. Unlike those based in Miami, this lawsuit was filed in a court in Washington DC, since Carnival is based in South Florida but CIMEX and CUPET have their headquarters in Cuba.

Thus, the text continues, “on July 1, 1960, the property rights of EssoSA were expropriated according to Resolution 33 issued by the Cuban Oil Institute, in accordance with Resolution 190 of June 30, 1960, (signed) by Cuban Prime Minister Fidel Castro. The general director of the Cuban Oil Institute appointed Major Onelio Pino as EssoSA’s ‘administrator’ in all the properties and facilities that (EssoSA) may have in Cuba.”

As a result, EssoSA “not only lost control of its properties but was forced to close its operations. EssoSA was banned from operating its Belot refinery, completed in 1958 and employing 530 people. EssoSA was also forced to abandon all advertising operations in Cuban territory, which included 500 employees dedicated to distributing products through more than 1,000 retail outlets. And EssoSa had to stop operating its gas (service) stations in Cuba.”

“As a result, EssoSA appeared on the list of nationalized entities published on August 6, 1960, in accordance with Cuban law number 851,” the lawsuit explains.

Article 22 of the Civil Code, section 6082(a)(3), was incorporated into the law after the enactment of the Helms-Burton Act in 1996 and is specifically geared at addressing “liability for trafficking in confiscated property” claimed by U.S. citizens.

To this are added the court costs, the attorneys’ fees and “other compensation the court deems appropriate.”

The two lawsuits against Carnival, based in Miami, also demand payment of triple the compensation established by the Claims Commission. However, they don’t indicate in the delivered documentation how much they intend. This, according to legal means, is a common tactic in this style of lawsuits.

“During the trial, the most normal thing is that the attorneys are going to ask the judge to force Carnival to reveal the contracts it has with the Cubans. And based on the figure they find, they will decide what to do,” litigating attorney Carlos Zamora explained to OnCuba.

The lawsuits and their judges

Of the three judges assigned to the lawsuits, the most famous is James King, the most important federal judge in the district of South Florida and, at 91, one of the oldest in service in the United States. In the tombola for the assignment of judges he was appointed to the lawsuit filed by García-Bengochea.

King may not be able to try the case he has in his hands today. The main reason, which can be argued by Carnival’s attorneys, is that the veteran judge was fundamental in the case of the compensation of the relatives of the pilots of the Brothers to the Rescue aircraft, downed on February 24, 1996 in the Straits of Florida.

The relatives filed a lawsuit against the Cuban government, the Cuban Air Force and the pilots of the two MiG fighter planes who shot down the three Cessna planes, demanding access to Cuba’s frozen accounts in U.S. banks. Judge King ended by granting 185 million dollars, which practically emptied the Cuban coffers in the United States and the relatives ended up being compensated because the Cuban government did not appear before the court.

“Initially, the Carnival attorneys can, as a strategy, ask for the judge’s objection, because of his past related to Cuba. They can also request that the trial be changed to another district, because South Miami is too anti-Cuban government and they must go before a jury. But, they can also leave things as they are, lose the case and appeal with the argument that the judge was biased because of his past in favor of lawsuits against the interests of the Cuban government. Judge King is not necessarily a disaster for Carnival,” an attorney, who asked to not be identified because he has other trials lined up with the judge, explained to OnCuba.

The Havana Docks Corp. lawsuit was assigned to Judge Marcia Cooke, the first Afro-American to become a federal judge in Florida. In judicial circles she is known as a “technician,” with strong adherence to the law and before whom the cases presented must be well outlined.

Cooke, 56, was a public defender at the start of her career in Michigan in the late 1970s, and her first task in the South Florida federal district was to train future judges in the twists and turns of the administrative functioning of the courts. In 2003, then-President George W. Bush named her federal judge, where she has been known to handle many cases related to drug trafficking, frauds of government entities but no case of relevance related to Cuba.

In Washington, the case of Exxon Mobil has been filed with Judge Amit P. Mehta, 48, who was born in Patan, India, but grew up in Maryland. A graduate of Georgetown University, Mehta is a relatively new judge in these matters since he was named in 2014 by former President Barack Obama. Exxon Mobil’s lawsuit would be his first front-line case.

Síntesis: “Afro-Cuban music sounds on its own”

Síntesis: "Afro-Cuban music sounds on its own"