In a period of 10 years, Cubans subject to deportation for illegal entry to the United States decreased by about 95 percent. 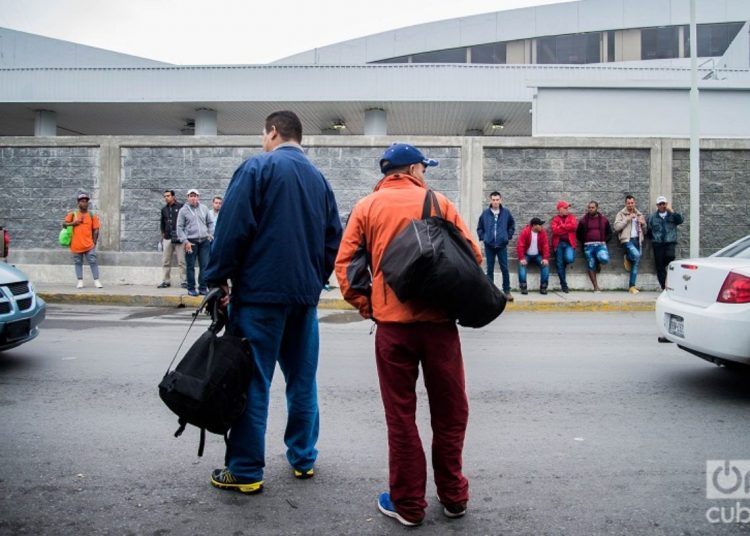 Cuban emigrants on the border between Mexico and the United States. Photo: Irina Dambrauskas.

The Cubans considered “deportable aliens” who have entered the north, south borders and by sea have diminished considerably in the last decade, according to data offered by the United States Border Patrol.

The largest decrease is noticeable in the entry by sea, from several thousand to a few dozen people who were considered in that category at the time of being intercepted by the border patrol.

According to Stephanie Malin, Chief of the Office of Public Affairs of Customs and Border Protection of the United States (northern region), being a deportable alien “means that the foreigner crossed illegally and is subject to deportation, even if deported immediately or not.”

Alien is the word used within the U.S. immigration system to refer to foreigners, both documented and undocumented. The precise definition in English is “belonging to a foreign country,” “stranger” and, of course, “extraterrestrial, coming from another planet.”

The definition of the legal term used by the Citizenship and Immigration Services (USCIS) explains that an alien is “a foreigner admitted to the United States and subject to removal by any reason specified in the Immigration and Nationality Act.”

“This includes any foreigner illegally in the United States, regardless of whether the foreigner entered the country through fraudulent means or misrepresentation or entered legally, but subsequently violated the terms of the classification or nonimmigrant status,” according to their website.

An immigrant ceases to be an alien potentially by acquiring citizenship, but the word itself generates so much controversy that in 2017 the governor of California, Jerry Brown, signed a law that eliminated the word “alien” from the state labor code.

Meanwhile, the conditions for a foreigner to be considered inadmissible and subject to deportation range from having committed acts of terrorism to entering the country illegally or violating the status of non-emigrant by exceeding the time of the granted visa.

This does not mean that a person is deported immediately, because they have the right to steer through the legal system until a judge decides their immigration status.

In the case of Cubans, since the elimination of the wet foot-dry foot policy, they are subject to the same immigration rules as any other immigrant when entering the United States illegally.

In November 2018 there were 37,463 Cubans not detained in the United States with a final deportation order, of which more than 30,000 are convicted criminals, according to Nestor Yglesias, spokesman in Miami of the Immigration and Customs Enforcement Office (ICE).

Mexico leads the list of countries with “deportable aliens” with nearly half a million or more each year, mainly through the southern border that connects both countries.

According to figures provided by Yglesias to OnCuba last year, of these numbers only a dozen cases were confirmed every year in which the deportation to Cuba was made effective.

A greater number of deportees started being seen after the arrival to the presidency of Donald Trump, with almost 600 deportees between 2017 and 2018.

Síntesis: “Afro-Cuban music sounds on its own”