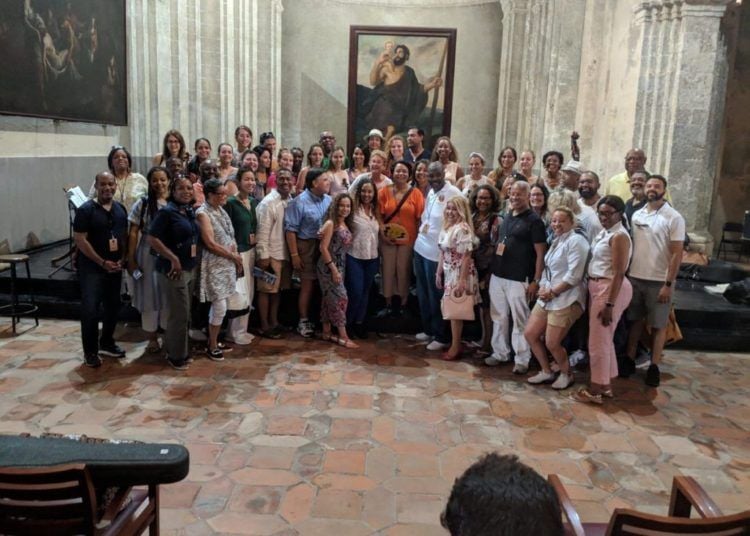 The mayor of the U.S. city of New Orleans, LaToya Cantrell, this Friday continued her visit to Cuba that began last Wednesday and will continue until next Sunday.

This Friday the mayor wrote on her Twitter account that “it is no secret that we have been in Cuba breaking silos and building relationships to help create economic, literacy, health and new opportunities for the people of New Orleans.”

LaToya Cantrell shown inside the Basilica of San Francisco de Asís in Havana, accompanied by her delegation.

Accompanied by a delegation representing the public and private sectors, Cantrell held a meeting on Thursday with the vice president of the Provincial Assembly of Havana, Tatiana Viera, in which areas of economic and social cooperation between Havana and New Orleans were explored.

“We are here to share, learn and see how we can strengthen ties in port areas, education, emergency response and economic development,” said Cantrell, the first woman mayor of New Orleans in its 300-year history.

Cantrell paid tribute to Cubans and foreigners, including Americans, who fought alongside the Cubans in the war of independence against Spain. She also spoke at the headquarters of the Ministry of Foreign Affairs with its general director for the United States, Carlos Fernández de Cossío.

This is the second visit of a U.S. holder of public office to Cuba in less than a week despite the current tension in relations between the two countries.

From Havana, Democratic Congressman James McGovern urged the government of Donald Trump to lift the blockade and restrictions on travel to Cuba.