The group arrived last Friday in serious conditions of dehydration after two weeks at sea. 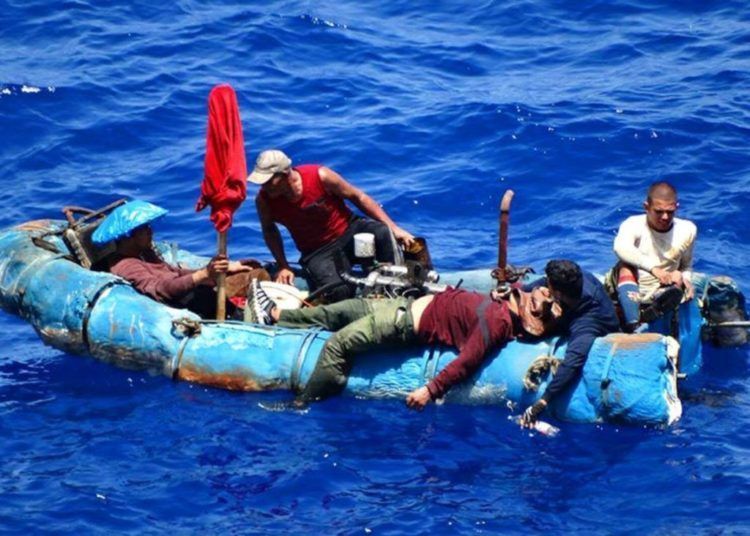 A group of six Cuban rafters arrived on a Honduran Caribbean island, an official source told ACAN-EFE, noting that some of the immigrants were dehydrated and hungry.

The Cubans arrived on Friday on a boat to the island of Guanaja, where they were helped by officers of the Naval Force and residents of the area, but their situation was only reported on Saturday afternoon, said a source from the National Institute of Migration who asked for anonymity.

The Cubans, who have already been identified, remain in the facilities of the National Institute of Migration in Guanaja, which together with Utila and Roatán make up the department of Islas de la Bahía. The authorities will decide if they will be granted permission to cross the national territory or deport them to their country of origin.

According to the rafters’ account, quoted by the Honduran authorities, they left two weeks ago aboard the raft “El Milagro,” with the idea of later ​​continuing en route to the United States.

So far in 2019, the Honduran authorities have arrested some 3,000 foreign immigrants, including more than 140 minors, at different customs points for irregularly entering the Central American country, according to figures from the National Institute of Migration. Many of them are of Cuban nationality.

Last year, more than 4,000 foreigners were detained in different customs points in Honduras.

The majority of the immigrants are detained by Honduran police officers at points near the Honduran border with Nicaragua and Guatemala.

In the last nine years, Honduran authorities have detained 70,271 undocumented immigrants, mostly Cubans and Africans, for irregularly entering their territory with the intention of reaching the United States.

In January 2017, then-President Barack Obama (2009-2017) canceled the “dry foot/wet foot” policy decreed in 1995, whereby Cubans who touched territory were favored with the Cuban Adjustment Act and could stay in the U.S. and even obtain permanent residency, while those captured at sea were deported to the island.

Shortly before the elimination of this benefit, in the Straits of Florida there was an unusual arrival of migrants from Cuba, since many anticipated the end of that policy, but the wave of migration has declined in the last two years.

However, since the last quarter of 2018 there has been an increase in the interceptions of rafters leaving the island, although the figures of previous periods has not been reached. Just a few days ago, a small group was intercepted by the U.S. Coast Guard.