They are the U.S. American Airlines and the Brazilian-Chilean LATAM, which are being asked for compensation for the use of José Martí Airport. Other airlines could be sued in the coming weeks. 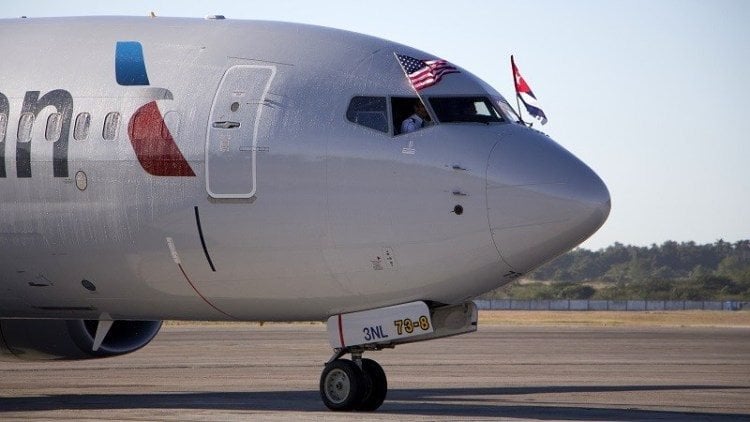 A Spanish-American of Cuban origin this Wednesday sued in a Miami court two airlines that regularly fly to Havana, the U.S. American Airlines and the Brazilian-Chilean LATAM.

The plaintiff, José Ramón López Regueiro, is the son of the late José López Villaboy, a spokesman for the Fulgencio Batista regime who owned the Havana airport and several airlines that were nationalized in the early 1960s.

The lawsuit comes in light of Title III of the Helms-Burton Act that was suspended since it was enacted in 1996, until in April President Donald Trump lifted the ban and authorized lawsuits against foreign entities “trafficking” with properties that were nationalized.

As OnCuba advanced last week, it was expected that all the airlines flying to the Cuban capital would be sued but the fact that so far there have only been two has come as a surprise. “This really surprised me. I thought they were going to start with Spanish airlines, such as Iberia or Air Europa, since the plaintiff is Spanish. But in general it is something that was already expected,” the president of the U.S.-Cuba Trade and Economic Council, John Kavulich, told OnCuba.

However, a law firm that coordinates several lawsuits against foreign companies operating on the island confirmed that the litigation could be extended in the coming weeks. The lawsuits against American Airlines and LATAM have begun once the 30-day period that the plaintiff gave them to respond, as allowed by law, has expired. “More than 40 passenger and cargo airlines are illegally trafficking and benefitting from the airport to carry out their passenger and cargo operations without permission or a compensation given to Mr. Regueiro,” says a statement from the Rivero Mestre LLC law firm.

During the announcement of the lawsuits, Regueiro commented that he feels “very satisfied with the mere fact of having filed the lawsuit. Unfortunately, we have had to wait 60 years, but justice will finally prevail.” And he confirmed that warning letters have already been sent to other airlines flying to the island.

For his part, lawyer Don Hayden, a Helms Burton Act expert, told the Associated Press that the lawsuit could have as an effect that some airlines decide to restrict trips to Cuba. “These new demands indicate that we could see a greater number of lawsuits from now on,” he said.

After the lawsuit was made public, American Airlines guaranteed that its services to Cuba have been authorized by the U.S. government, under the Treasury Department, and affirmed that legal trips to the island have been exempted from Title III of the Helms Burton Act. Alexis Aran Coello, a spokesman for American Airlines, said in a written statement sent to AP that they are going to review this lawsuit in detail and vigorously defend their service to Cuba.