Cuban Americans for Engagement (CAFE) affirmed in a statement that the measures seek to affect Cuba’s "sovereignty and stability" and will cause "more hardship to Cuban families." 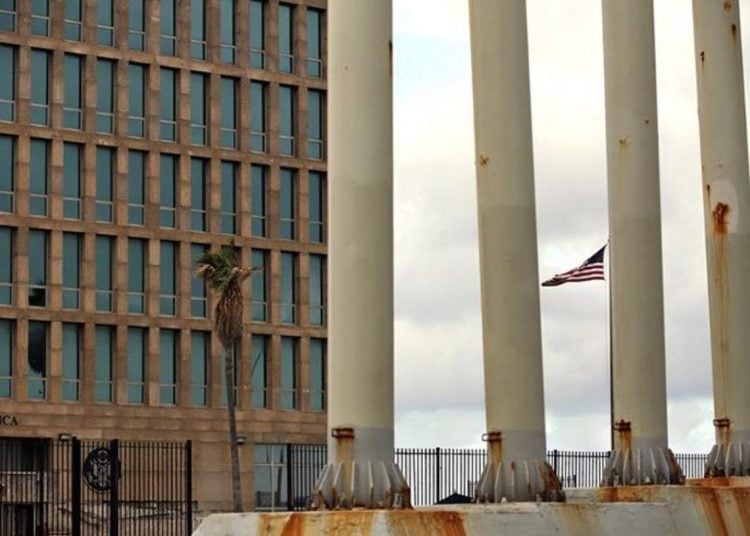 The Cuban Americans for Engagement (CAFE) organization, which brings together Cuban Americans and Americans in favor of the rapprochement between Cuba and the U.S., criticized the measures against the island announced this week by the Donald Trump government, including the full implementation of Title III of the Helms-Burton Act.

In a statement issued this Thursday, CAFE said the new measures seek to affect Cuba’s “sovereignty and stability” and will cause “more hardship to Cuban families.”

According to the organization, “once again the Trump administration chooses to be on the wrong side of history by destroying the legacy of former President Barack Obama, who promoted a policy of rapprochement and diplomacy, different from what most governments in this country have promulgated.”

On the contrary, the White House has chosen “to perpetuate the illegitimacy of interventionist and disrespectful positions towards the sovereignty and right to self-determination of neighboring countries, turning a deaf ear to the claims of a U.S. and Cuban-American majority that supports the lifting of the embargo and the restoration of relations between Cuba and the United States.”

In addition, CAFE denounced “the obtuse and interfering nature” of the Helms-Burton Act and demanded its “total cancellation,” considering that it is an “interference that undermines the sovereignty of countries involved in trade dynamics with Cuba” and is placed in “a position of antagonism that will not be well received” by U.S. allies.

It also criticized National Security Adviser John Bolton, in charge of announcing measures against Cuba in Miami and whose tone and language, in CAFE’s opinion, were “more typical of the Cold War era than of a 21st century politician.”

With these statements, CAFE joins other organizations ―among them Engage Cuba, Cuba Educational Travel and CubaOne― that within the United States have openly expressed their opposition to the sanctions announced by Bolton and Secretary of State Mike Pompeo to intensify the embargo on the island.

Congresspersons and other U.S. politicians have also criticized the measures since they are of the opinion that they mainly damage the Cuban people ―which the Trump administration claims to protect― and they also represent a violation of the freedoms of U.S. citizens, whose chances of traveling to Cuba could be reduced even more in the short term.

Numerous governments and international business groups, from countries traditionally allied with Washington, such as Canada and the European Union, also condemned the full implementation of the Helms-Burton Act as of May 2, and have promised legal and economic actions in response.

United Kingdom and Cuba, "in a positive and cooperative direction"