“Bravo Bolivia!” said the Secretary of State in Spanish during a press conference. 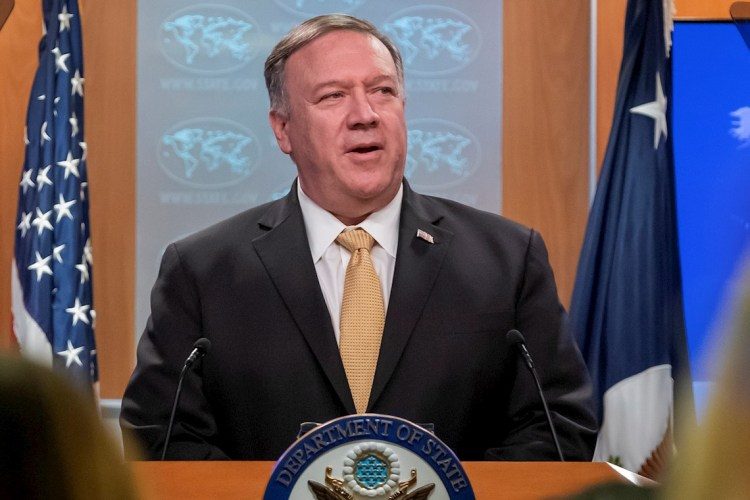 U.S. Secretary of State Mike Pompeo applauded this Monday the decision of the interim government of Bolivia to expel hundreds of Cubans from its country, in the midst of the growing crisis in that country after the resignation of Evo Morales.

“The government of Bolivia announced on Friday the expulsion from its country of hundreds of Cuban officials. It was the right decision,” Pompeo said in a press conference.

In his statements, the head of U.S. diplomacy argued that Cuba “was not sending officials and doctors to Bolivia to help Bolivians, but to support a pro-Cuba regime led by Evo Morales.”

According to the Cuban authorities, the departure of Cuban doctors was a decision made by Cuba, not Bolivia.

An official statement from the Cuban Ministry of Foreign Affairs published on November 15 announced that Cuban doctors and health personnel would be withdrawn from Bolivia.

“The immediate return to the Homeland of the Cuban collaborators has been decided,” says the note, explaining the circumstances in which three men and one woman, members of the Cuban medical mission, were arrested while they “were traveling to their place of residence with the money withdrawn from a bank to pay for basic services and the rent of the 107 members of the medical brigade in that region.”

The Cuban government denied that the members of its mission are encouraging or financing the protests of Morales’ followers and demanded evidence, the release of the detainees and guarantees for the safety of all its personnel.

The four arrested employees arrived at dawn this Monday as part of a group of 207 Cubans, the second flight from Bolivia that arrives in Havana, after the arrival on Saturday night of the first 224 collaborators from the more than 700 that made up the medical brigade in the South American country.

The protests in Bolivia have already left a toll of 23 dead and more than 700 injured in clashes since the presidential elections, in which Morales was re-elected for a fourth consecutive term, among allegations of fraud.

Since coming to power, Áñez has also decided to cut off relations with Venezuela, another of the allies of Morales’ Bolivia.