Yesterday there were 1,277 infections, of which 1,212 are due to autochthonous transmission and 1174 were contacts of confirmed cases. 143 patients were in ICUs. 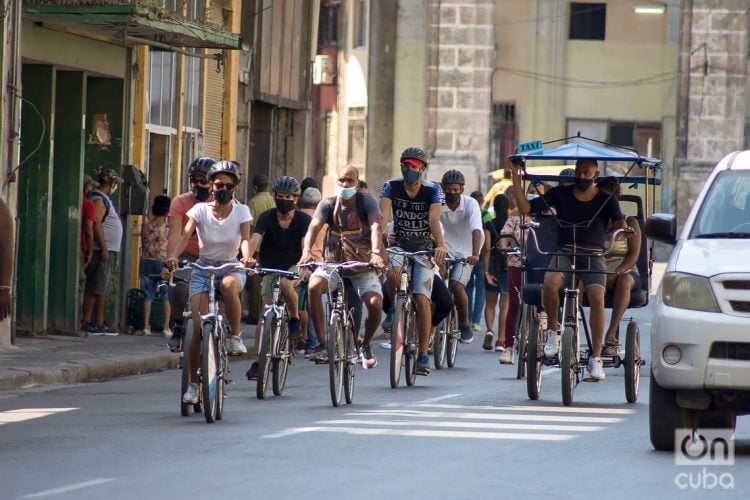 May 13 has neither been favorable for Cuba due to the epidemiological situation caused by the SARS-CoV-2 virus, according to today’s report by the Ministry of Public Health (MINSAP), which confirms a new negative record of contagions: 1,277 in a day.

Added to this are the highest rates of people who owe the disease to autochthonous transmission (1,212) as well as the number of contacts of confirmed cases (1,174).

But, the negative records continued with the high number of hospitalized people, now 25,215; 5,453 active cases, and 143 patients in ICUs: 46 in critical condition and 97 in serious condition.

The deceased, meanwhile, decreased to seven and correspond to four women and three men, aged between 55 and 82 and residing in the provinces of Havana, Camagüey and Matanzas.

There were 65 imported cases, the majority due to Cuban travelers from Russia (58), although some also came from Spain (three), France (two), the United States (one) and China (one).

Likewise, the MINSAP reported that 20 foreigners tested positive for the virus: 13 Congolese, two Russians, as well as citizens from Spain, China, Italy, the Philippines and Angola. Most of them positive due to autochthonous transmission.

Havana, which has the highest incidence rate in the last two weeks: 442.3 per 100,000 inhabitants, yesterday reported the highest amount of cases: 657. And 12 of its municipalities also concentrate 52.6% of transmission in the past 15 days.

Yesterday 23,137 samples were processed, according to the MINSAP, which reported 1,051 discharges this Thursday, a day in which 52.6% of those diagnosed were asymptomatic.