The bill presented in Congress and the Senate would also authorize financial transactions related to Americans’ travel to the Island. 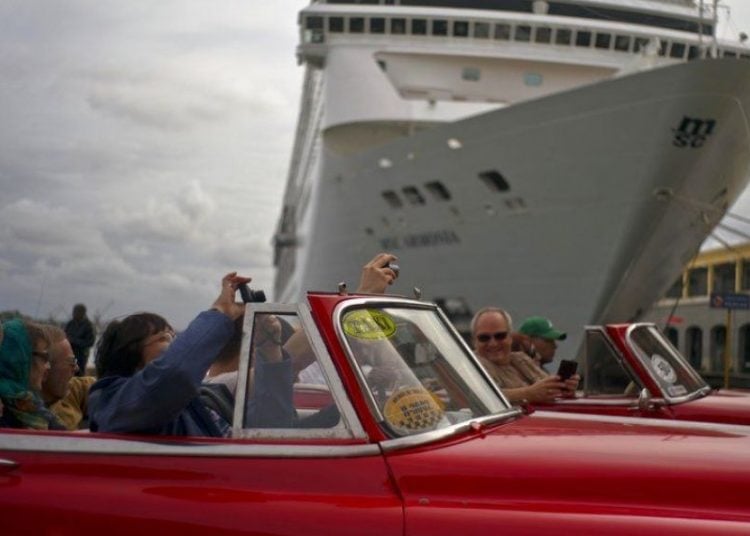 Tourists touring Havana pass in front of a cruise ship docked in the port of the Cuban capital. Photo: Ramón Espinosa / AP.

Democratic Senator Patrick Leahy for the State of Vermont argued that “it is indefensible that the federal government restricts American citizens and legal residents from traveling to a tiny country 90 miles away that poses no threat to us.”

This is what he said in his official statement after presenting the bill for the Freedom for Americans to Travel to Cuba Act of 2019.

Here’s the Senate bill number for my new bipartisan bill to give Americans the freedom to travel to #Cuba: S.2303. https://t.co/ikI1Pqjney

Although the bill is bipartisan, that is, both Democratic and Republican representatives sponsor it, there are still several unknown factors to consider before a possible approval.

For example, that the Republicans currently control the Senate, and the presidents of the Republican committees are responsible for setting their committees’ agendas. That means that only those Republicans decide if this bill is important enough to take it to debate and then to vote.

This is why 46 cosponsors of both parties met to present the bill not only in the Senate but also in the United States Congress. The House is now controlled by the Democrats, and the equivalent bill (exactly the same) was introduced by Congressman Jim McGovern last week.

Leahy also published an official statement on Monday about the bill where he presents the main reasons for its approval.

“We are introducing this bill for one reason: so Americans can travel to Cuba in the same way that they can travel to every other country in the world except North Korea, to which President Trump banned travel by executive order,” he said.

For the Senator, who has traveled to the island on several occasions, it is incomprehensible that the only country to which Americans are banned from traveling is Cuba (with the exception of North Korea, recently added to the ban by executive order).

“Why only Cuba?  Why not Venezuela?  Or Russia?  Or Iran, or anywhere else?  It is a vindictive, discriminatory, self-defeating vestige of a time long passed,” said Leahy, adding that if the bill is passed, the Cold War restrictions on the freedom of Americans to travel will end.

Leahy referred to a CBS poll where 81 percent of Americans support expanding travel to Cuba, and that, however, those trips will be drastically reduced due to U.S. government policies “driven by purely domestic political calculations.”

“Thousands of private Cuban entrepreneurs, the taxi drivers, the Airbnb renters, restaurants, and shops that depend on American customers are struggling to survive.  It is a shortsighted, anachronistic policy that is beneath our democracy,” he denounced.

“The issue is how best to support the people of Cuba who struggle to make ends meet, and who want to live in a country where freedom of expression and association are protected,” said Leahy and stressed that “for more than half a century we tried a policy of unilateral sanctions and isolation, and it achieved neither of those goals.”

Leahy clarified that the bipartisan bill “is about the right of Americans, not Cubans, to travel. Every member of Congress, especially those who have been to Cuba, should oppose restrictions on American citizens that have no place in the law books of a free society.”

What exactly is the process for the bill to pass?

The bill is referred to the Foreign Relations Committee, which has the authority to report it to the full Senate.  Then the bill has to be put on the Senate calendar for debate.  The decision of whether and when to do that is made by Majority Leader McConnell.

How long does it take?

Unfortunately, that is impossible to predict at this time.

What real possibilities are there for it to be approved and applied, despite the embargo and the LIBERTY Act?

I am confident that if the bill is brought up for debate and a vote, it would pass the Senate.  It already has 46 original cosponsors.

If applicable, would other prior regulations such as the 2000 TSRA be ineffective?

The bill supersedes prior legislation and regulations restricting travel by American citizens and nationals to Cuba.

The act does not only ask for freedom to travel to Cuba, but to have the possibility of financial transactions. How would that work while the current embargo is still active?

It supersedes those restrictions, so financial transactions incident to travel by Americans would no longer be restricted.

If it is effectively approved and thousands of Americans begin to travel to Cuba, how would the fact that the American embassy has reduced staff and has almost no consular activity influence?

That is a separate issue that I and others are urging the White House to address.