The bill was presented this Wednesday in Congress and next Monday it will be taken to the Senate. 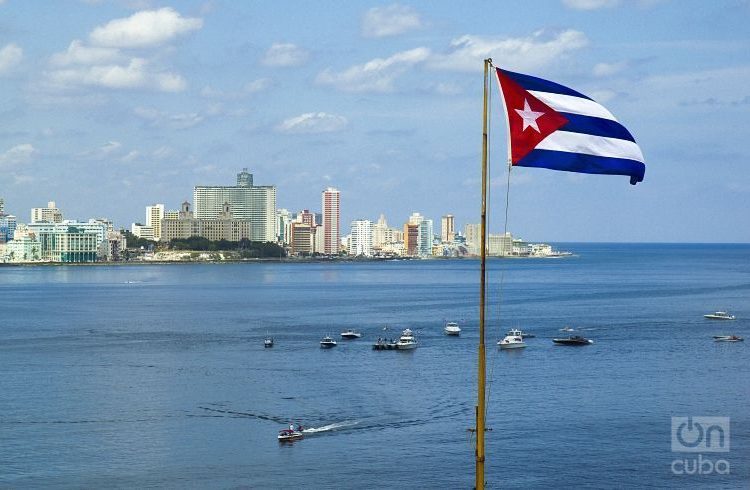 Democratic Senator Patrick Leahy (D-VT), and Representatives Jim McGovern (D-MA-2) and Tom Emmer (R-MN-6) introduced a legislation in the House and on Monday in the Senate to lift all restrictions on U.S. travel to Cuba.

McGovern and Emmer led the presentation of their companion bill this Wednesday in Congress, while Leahy, vice president of the Senate Appropriations Committee, heads a bipartisan coalition of 46 Senate cosponsors who are presenting this Monday July 29 the Freedom for Americans to Travel to Cuba Act, as stated in a statement from the bipartisan organization Engage Cuba.

“Because of the Trump Administration’s restrictions on travel, the number of Americans visiting Cuba this year is projected to plummet by half. Hundreds of thousands of Americans who want to travel to Cuba are being denied that right by their own government. It is they, and Cuba’s struggling private entrepreneurs who depend on American customers, who are penalized,” said Senator Leahy.

“The restrictions that this bill would end are a failed vestige of the Cold War. They are neither justified nor in our national security or economic interests. If we don’t engage with Cuba, China and Russia will – in fact they already are. While this bill doesn’t lift the embargo, it at least would restore to Americans the freedom to travel they are entitled to in a democracy,” he added.

For his part, the president of Engage Cuba, James Williams, said through the statement that it is not the federal government’s job to tell Americans where they can and cannot travel.

“Our government should be focused on targeting terrorists and criminals, not spending our tax dollars policing where families go on vacation,” said Williams.

“Cuba represents a unique opportunity to build an economic relationship that supports a range of U.S. industry, agriculture, and security interests. The U.S.’s decision to further restrict travel to Cuba undercuts efforts to help promote democracy and improve the lives of the Cuban people. In fact, American travel can do wonders for the spread of democracy, especially in Cuba. This legislation is an important step in facilitating a relationship between two nations that have much to benefit from one another,” said Congressman Emmer.

“Every single American should have the freedom to travel as they see fit. Yet the travel ban deliberately punishes the American people – our very best ambassadors – and prevents them from engaging directly with the Cuban people, ” said Congressman McGovern (D-MA-2).

“It is a Cold-War relic that serves only to isolate the United States from our allies and partners in the region, while strengthening the control of ideological hardliners in both countries. It’s time for us to listen to the majority of Americans, Cuban-Americans, and Cubans who do not support the travel ban, and get rid of it once and for all,” he said.

“America made important progress to connect families during the Obama Administration, but Trump has added expense and red tape to family travel that is hurtful and complicated. I encourage churches, universities and arts organizations to continue to build ties between the American people and the Cuban people. Congress needs to act and end the travel restrictions imposed on American citizens’ right to travel, to study, to worship and to interact with other people of the world anywhere and anytime they choose, including Cuba,” said Democratic Congresswoman Kathy Castor for Florida.

The Trade Sanctions Reform and Export Enhancement Act (TSRA) of 2000 codified a ban on tourist travel to Cuba for U.S. nationals.

Cuba is currently the only country in the world for which the U.S. maintains a statutory travel ban, Engage Cuba recalled.

Under current U.S. law, Americans traveling to Cuba must meet requirements for “purposeful travel” under at least one of 12 Department of Treasury general license categories, such as family visits, professional or academic research, or religious activities.

In addition to the strain on American businesses operating in Cuba, the travel ban weighs heavily on Cuba’s nascent private sector since Cuban entrepreneurs depend greatly on American patrons at their private restaurants, room rentals, and other small businesses.

The bipartisan organization calls attention to the irony that previous Trump administration regulations curtailing U.S. travel to Cuba in 2017 funneled millions of dollars from Cuba’s private sector into Cuban government-owned entities ― the exact opposite of the Trump administration’s stated policy goal.

The Freedom to Travel to Cuba Act follows the recent introduction of bipartisan legislation in the Senate and the House of Representatives to allow financing for U.S. agricultural exports to Cuba.