With the Obama era behind and with more uncertainties than certainties, Cuban entrepreneurs’ only opportunity is to continue raising their voices "against all blockades." 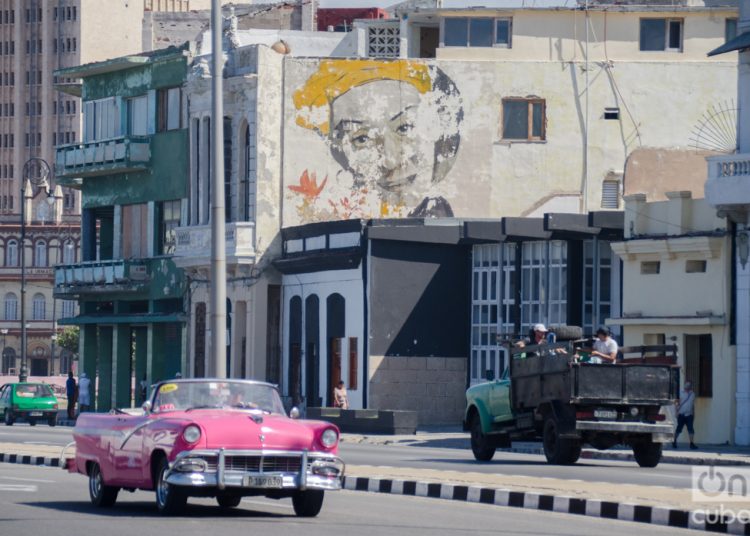 When in June 2017 President Donald Trump announced a Cuba policy change, he specified that one of his four objectives was to “empower Cubans to guarantee greater economic and political freedoms,” although he did not explain how he would do it to avoid exactly the contrary.

Trump then placed special emphasis on separating the profits of the Cuban military-state apparatus to “allow U.S. citizens and entities to develop economic ties with the private sector or small businesses in Cuba.”

In recent months, contrary to the logic of his presidential statements, the U.S. administration has strengthened its policy towards the island, with measures targeting the Cuban private sector that directly affect them, such as the elimination of the multiple entry visa, the imminent restriction of remittances, as well as the damage to tourism that could result from the application of Title III and new restrictions on U.S. travel announced in April.

A recent survey by the U.S. organization Cuba Educational Travel in which more than 200 Cuban entrepreneurs participated showed a majority opinion of concern about Trump’s policies towards the island and the possible restrictions on travel from that country to Cuba.

“The United States should help increase Americans’ travel to Cuba” if it wants to support the private sector on the island, said 99 percent of the respondents.

A large number also indicated that Americans’ trips would generate profits for their businesses (97 percent) and a decrease in travelers from that country would affect them directly (96 percent).

One of the respondents said anonymously that “Trump is a businessman. Bolton is a man of war…. We prefer to do business,” in reference to the policies promoted in Miami by the national security adviser.

Sixty-nine percent said they were “very concerned” about the imminent measures announced by the administration that could affect travel from that country to the island.

However, so far Americans continue traveling to Cuba under the 12 allowed categories and have increased in number of visitors from 2017 to the present, something that could change if new restrictive measures are implemented.

Since 2018 the travel advisory also remains at level two out of four, where the United States advises to increase caution when traveling to this destination.

As early as 2017, Cuban entrepreneurs started feeling that concern about how the Trump administration’s policy towards the Island was unfolding and how it could affect them directly or indirectly.

Several letters were sent to the U.S. president, and some meetings have also been held in recent months between Cuban entrepreneurs and congresspersons.

Two years ago, the United States suspended the issuance of visas in Havana and withdrew most of its diplomatic staff due to the effects on their health and the dangers of the still unsolved mystery of the “acoustic incidents.”

However, it recently took other measures that include the suspension of the granting of five-year multiple entry visas to Cubans, arguing a lack of “reciprocity” in the granting of Cuban visas to Americans.

The aforementioned multiple entry visas allowed a large part of the Cuban private workers to travel not only to the United States, but to other countries such as Mexico and Panama, in search of inputs for their businesses. Many of these products are impossible to find on the island, either due to the U.S. embargo or domestic economic mismanagement and its regulatory constraints for the private sector.

Owners of hostels, restaurants or private taxi drivers, among others, have also spoken publicly against the measures promoted by Florida politicians such as Marco Rubio, in an attempt to dialogue with the public representatives of the majority of Cubans in the United States.

At the same time, the Cuban private sector raised its voice in recent months against internal regulations that limited its exercise, which meant a relative victory against measures considered by many as “absurd.”

However, Cuban entrepreneurs still don’t have a legal foundation or organization to represent them in the face of events that affect them, as is the case of the scam against hundreds of hostel owners on Booking.com, whose money is kept frozen in Argentina and the United States.

On the other hand, personalities from the world of politics and academia have joined the Cuban entrepreneurs’ demand, such as former Secretary of State John Kerry, who commented that Cuban entrepreneurs “tell a powerful story and we should listen.”

Other high-level politicians such as former Secretary of Commerce Carlos Gutiérrez affirm in their networks that the new U.S. policies towards Cuba “hurt” the entrepreneurs.

Just a few days ago, a series of events dedicated to Cuba took place in Washington, where several U.S. organizations and representatives of Cuban civil society met with politicians from Congress to discuss the new policies towards the island.

Cuban private worker Camilo Condis told OnCuba from the U.S. capital: “If the Trump administration really wants to support the Cuban people, he should rethink the strategy being used, because it is greatly affecting us.”

With the Obama era behind and with more uncertainties than certainties, Cuban entrepreneurs’ only opportunity is to continue raising their voices “against all blockades,” as announced by Condis on Twitter.