Two collectible books group together the images of pets and stray animals that Emmy Park captured throughout the island. 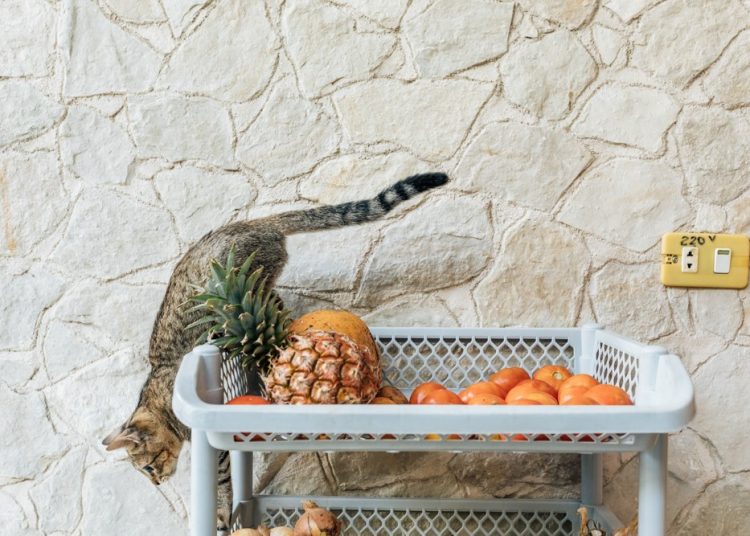 Emmy Park learned that the word “misu” would be helpful to photograph Cuba’s stray cats, while the pieces of dried chicken that she brought from New York would be useful to attract dogs. Thus, she managed to capture more than 121,000 images since she started traveling to the island in 2015.

Two collectible books on those adventures were recently published: The Dogs of Cuba and The Cats of Cuba, by the Schiffer publishing house, with the selection of the best photos that Emmy took of pets as well as of strays.

“The first thing that caught my eye when we stepped outside the airport were several dogs wandering and looking for food,” said Emmy, who, in addition to being an award-winning New York photographer, also collaborates with charity organizations for animals.

Her beginnings in photography are linked to her work as a volunteer for animal rescue, from which she has created several series about stray dogs and cats.

“After discovering CEDA & PAC Cuba, I had a month before my third trip and I contacted the two organizations and asked what medicines they needed most urgently. Using my dog x Cuba account and with the support of a NYC rescue, I was able to raise some money which I used to purchase medicine that would otherwise be impossible to get in Cuba.”

When she started her project of photographs of Cuban dogs and cats, Emmy incorporated the names of most of the animals in the photo captions. So you can find dog names like Dobi, Negro and Negra, Gachopín, Yako and Rambo, or other more feline like Dulce, Marina and even Mister Trump.

Emmy only placed those that didn’t seem to have an owner in the exact place where she took the photo in the country, she says.

“During my walks, I would just take photos of every dog or cat—at the time I didn’t have in mind what I wanted to do with my images, I just wanted to capture and document everything in sight that moved me,” she said.

“I sometimes followed dogs to see where they were going and discovered some to have a home. In Matanzas city, there’s a pack of street pups that I always visit and met a neighbor lady who sometimes feeds them. There’s a few dogs in this pack who have come to recognize me and always greet me even if I am only able to visit them once a year,” she says.

During her trips to Cuba, some up to two months long, Emmy toured the country from east to west, including the Isla de la Juventud.

Turning the pages of her books is to tour the entire island, with dogs and cats as protagonists, but with frames that collect a broad context, which adds quality to the creative process of her images.

Her photos do not always place dogs and cats in the foreground, nor do they seek to be only the detailed portrait of the animal. The frames can often show the open shots of a street, a neighborhood, a building, where a tail, eyes or a head of the animal barely appears in its environment. The photo thus becomes a mystery where you can find a cat or a dog anywhere in the landscape.

“The cat book is a bit more abstract, mostly because they were not easy to capture as it was for the dogs for me. I wanted people to see Cuba from my perspective, the details and the broader picture in different areas as well as the intimate moments between human and canine/feline.”

On the way to where she was staying in Morón she met a man who told her about stray animals he cares for but which unfortunately he can’t have at home due to lack of space. “He has a great heart and he is a wonderful person and friend,” Emmy said, and added that a picture of a cat with the blue sky in the background was taken from inside his home.

Emmy took a map of Cuba with her and decided how to start her trip around the island thanks to her Airbnb host in Centro Habana.

“I didn’t really research much about the characteristics or places of interest in the towns or cities that I was visiting like most tourists do. I wasn’t planning on doing anything touristic but just walk the streets in each place.

“While traveling, I realized that many places could be other towns in Cuba and I wanted to show people where the animals were that I was shooting. Along the way, I met other travelers and chatted with casa owners who told me of sights or special landmark buildings. I wanted to show the town/city but also show Cuba’s beautiful landscape and how dogs and cats are everywhere.

“They may not always be immediately visible and out in the open, but they are there. I also purposely chose some of the images where the animal is not so obvious because I thought it would be fun for the reader to find the animal.”

The small cities were particularly special for Emmy during her photographic project. “I definitely need longer time in Isla de la Juventud—I had only 3 full days there. I met a local photographer who had an adorable pit bull puppy and I ended up spending most of one day with him and his pup.”

Of all the cities she visited, Holguín was the only one where there were hardly any stray dogs or cats. Although Emmy is allergic to cats, in reality the most difficult part of taking photos in the streets was “the simple need to use the bathroom.”

“In all honesty, at times I wished I had another person traveling with me. I had a lot of stuff with me and when I needed to use the restroom, I had to somehow bring everything into the stall with me. I’ll admit I’m not a light packer but I also did have all my camera equipment with me. I also brought some medicines and supplies with me to give to an animal rescue….”

Once she was charged 100 dollars for a private taxi from Guantánamo to Baracoa, because supposedly there was no public transportation, Emmy says, and although she was aware of what she thinks is a scam, deep down she is thankful that she was able to take many photos along the way.

For some images she only has time to make a “perfect” shot, while in other cases she can shoot 100 frames, dogs especially. “They have so much emotion and expressions, I like to capture them all so if I’m given the opportunity and time, I will stay with the same pup and take a lot of photos. I also end up chatting with the locals and that can end up being a long time too.”

In general, her method to take pictures of animals is extremely peculiar. “I do talk to the dogs and cats. Sometimes verbally or I just let them know that I’m not there to hurt them by body language. I think animals can read humans very well. If a dog doesn’t like or trust someone, I wouldn’t trust the person either.”

Contribution to Social Security "generalized" in Cuba after wage increase