They came to the United States to fight against Fidel Castro but ended up bringing down Richard Nixon. 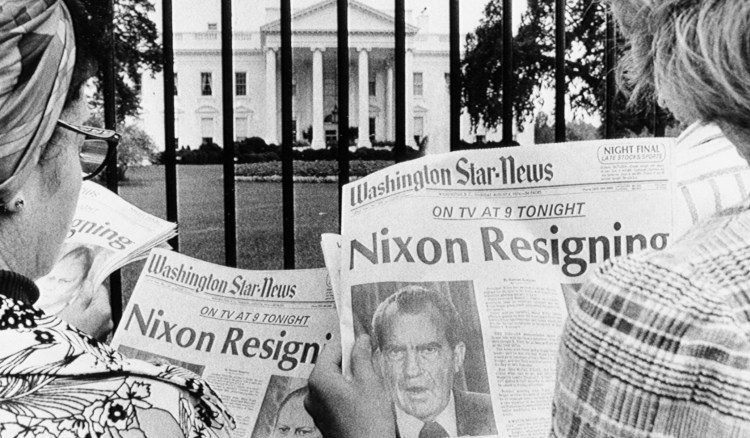 These days there is much talk about Watergate, the great scandal of the 1970s that set standards in journalism and politics, and ended the public life of Richard Nixon. All because of the serious credibility crisis that his successor, Donald Trump, is going through, which is a good opportunity to talk about the Watergate Cubans. Because they existed. Cubans are involved in everything.

Two decades ago I met Eugenio Martínez, better known in Miami as “Musculito” for that habit he had (which he can no longer do now) of devoting himself to weightlifting in the gyms in the free time from his work for the CIA. Sitting at the Versailles Restaurant in Little Havana, Martínez eloquently said: “Nobody here has asked why there were Cubans in Watergate.” Well? “Because we wanted to find a connection of the Democrats with Fidel Castro,” he replied.

Well, I told myself, there also always has to be a Fidel involved in everything. But the truth is that it was Richard Nixon who was concerned with that connection, because his re-election against the Democrat George McGovern was being disputed and he organized the entire conspiracy of the assault on the Democratic headquarters in the Watergate building, in the heart of Washington DC, on the banks of the Potomac River. Nixon wanted to find everything that could “dirty” McGovern. Howard Hunt, the man who carried out the difficult jobs for H.R. Halldeman, then head of the president’s office, was called to organize the assault on the Democratic headquarters.

A veteran of the CIA and of the Bay of Pigs, Hunt turned to his people and didn’t have to go far. He found them in Miami. Martínez, Bernard Baker and Frank Sturgis, who were born in Cuba to American parents, and Virgilio González. All with great anti-Castro credentials who came to the United States with one goal in mind: to bring down Fidel Castro.

They were successful. They didn’t bring down Fidel Castro but rather another president, Richard Nixon himself. The president of the country that welcomed them. The story can be explained quickly. Of Watergate’s five “plumbers,” the fifth, James McCord, was an American. As he confessed to a judge the morning of the assault he also worked for the CIA.

They entered the building one after the other and had well-planned tasks. Sturgis, who was in front, had to open the door and place a piece of tape to prevent it from closing by accident. My friend Martínez was the last. His was to remove the tape once everyone was inside. But Musculito forgot about it. Minutes later, when the security guard passed by the door and saw the tape, he called the police; the rest is history. The scandal broke out and Nixon ended up resigning.

When we left Versailles, I ended up taking Martínez home and we continued talking about Watergate, I behind the wheel and he by my side. We were entering Miami Beach when I told him: “Hey Musculito, it’s incredible that that you came here to bring down Fidel and you ended up bringing down an American president.”

He looked at me with wide-open eyes, put himself in an alert position and said: “Did you see that? Who would have thought that?” And we laughed. “Life is full of surprises. But the truth is that we screwed up,” he ended up confessing.

We laughed a lot that afternoon. And we’ve laughed later. But it’s true: Cubans entered the history of the United States for bringing down the wrong president.