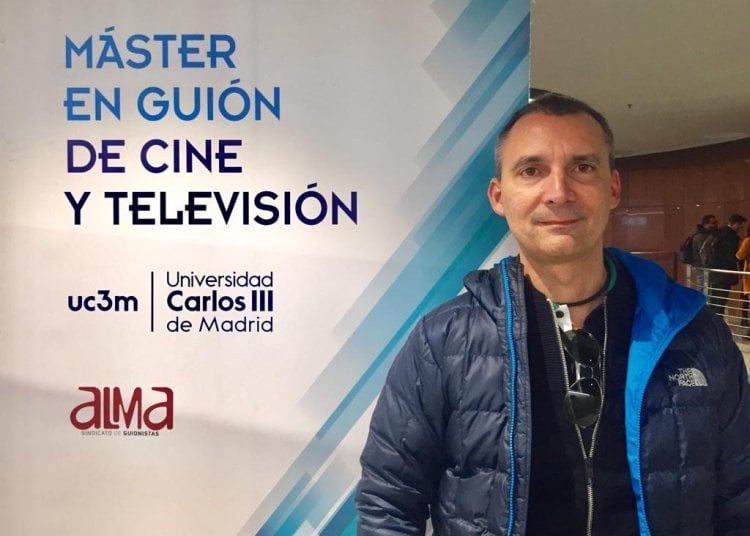 The film Mientras dure la guerra (While at War), by renowned Chilean-Spanish filmmaker Alejandro Amenábar, was premiered this weekend in Spain. The film, produced by Movistar and distributed by Disney, has Alejandro Hernández, co-scriptwriter with Amenábar, among its filmmakers.

In this film, Hernández, established in Spain, collaborates for the first time with the multi-award winning director, winner of nine Goya awards and an Oscar.

The plot delves into the last months of the life of writer Miguel de Unamuno, his relationship with the Franco dictatorship and the Spanish Civil War.

The film is the first one that Amenábar rolls in Spanish after the success of The Sea Inside, a film starring Javier Bardem that addresses the struggle of a quadriplegic to die with dignity and that won the Oscar as best foreign film in 2015.

Starring actors Karra Elejalde, Eduard Fernández, Santi Prego and Nathalie Poza, While at War tries to distance itself from the common places of the civil war and offer a picture that is as realistic as possible about the circumstances surrounding Unamuno during his support for the military dictatorship, the struggle for the Republic and Franco’s power and influence.

“Cinematographically it is pure gold, the evolution of a character like Unamuno during the first months of the war with his doubts and contradictions,” Amenábar explained to the Spanish daily Libertad Digital, saying he had tried “to make a more credible and profound Franco than has been seen on screen.”

Cuban Alejandro Hernández (Havana, 1970), winner of a Goya award in 2013 in the section of Best Adapted Screenplay for the film Todas las mujeres (Mariano Barroso, 2013), has also worked in films which have had a great impact such as Havana Blues, by director Benito Zambrano.

The Cuban scriptwriter has pointed out on several occasions that the late filmmaker Daniel Díaz Torres, with whom he maintained close ties in Cuba, is the main source of inspiration for his career.

Hernández has written other films, several of them award winners, such as El autor, 1898: Los últimos de Filipinas, Todas las mujeres―with which he won a Goya award―, Los Buenos Demonios, directed by his countryman Gerardo Chijona, and Caníbal, the latter based on a novel by Cuban writer Humberto Arenal.