During times of crisis the psychological-cultural damage is deeper, more lacerating and lasting than the anguish in the material life of people. 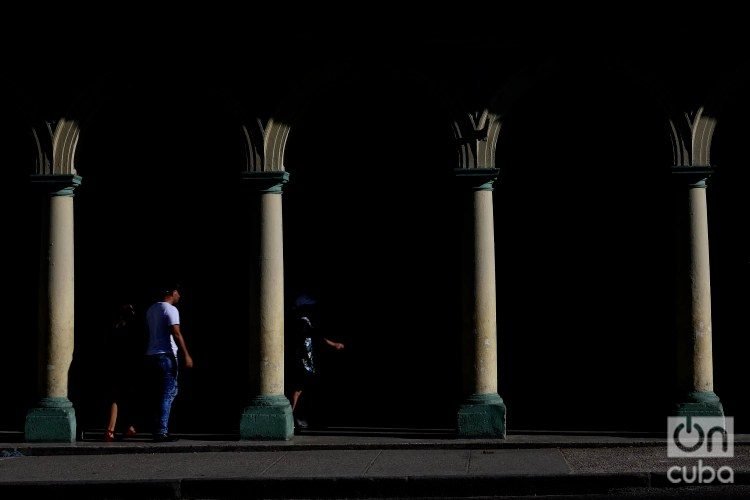 Times of crisis bear a component of irrationality that is not always emphasized in sociological studies, and even less in the economic ones, because they are not the object of their study. In Cuba, their main expression is the psychological impacts on a society marked since 1993 by the circulation of two currencies and by the existence of population sectors that don’t have a systematic access to one of those currencies. As is known, it is called CUC, and it has been given even more value than a USD, but the neighborhood people continue to overwhelmingly call it: “dollars” or “fulas.”

Also, of course, they unleash cravings for consumption of goods and services that cannot be accessed with national currency, in which however the vast majority of citizens perceive their salaries, all of which takes place because of the growing place of money in social relations.

A shock wave is taking over everything, and not even religion escapes. For example, many Santeria Ifá priests seem to be concerned today about the use and abuse of spurious practices that reach the point of classifying deities as “cold” and “hot”―that is, cheap and expensive―related to the amount of money to be paid by those aspiring to be initiated, as well as by the existence of diplobalawos who, calculator in hand, provide their religious services not only to pilgrims who travel to the island for those activities but also to nationals. The Kola Loka group summed it up once in a tune*:

On the other hand, at the family level, parents without sufficient access to these “fulas” are faced with the dilemma of having or not having such sensitive items as the tennis shoes or backpacks that their children have to take to school, only available in currency collection stores (TRDs).

Those not inserted in one of the groups of the so-called emerging economy, or don’t receive remittances, or are not sent money from abroad, can’t have access to those (and other) items. This constitutes only one of the roots of problems such as crime, embezzlement, corruption, theft and the black market.

This market’s expansion is manifested even in the workplace, where people often sell cheese, powdered milk, chorizos, beef and other products, many scarcely available or simply not available in the agricultural markets. It is a cultural practice that goes back to the times of the colony, when the residents of the town of Bayamo exercised the so-called rescue trade with pirates and corsairs and the local authorities coined the famous “I abide, but I don’t comply.”

Here there is a double standard phenomenon: an activity condemned in public for its illegal origin, but legitimated in private by people, as reflected in a scene in Video de familia, by filmmaker Humberto Padrón. Grocers and butchers, jobs not necessarily desirable in other places, thus become highly sought-after positions for which a certain amount of “fulas” is usually paid to a municipal bureaucracy, sometimes corrupt, that “resolves” its simple reproduction needs through spurious methods.

That irrationality has other expressions on the subjective level. Desperation or longing for profit often leads to the transgression of logic and common sense, in an curve of behaviors that can range, for example, from the theft of tests for admission to higher education―packed in advance by the authorities in perfectly sealed packages―to be sold in “fulas,” to the exploitation under the table of commercial airplanes whose profits were going to end up in corruptible pockets, a fact that, as is obvious, supposed the existence of a network of participants who made money according to their location in the chain.

Based on Cuban sources, last year OnCuba attested that, among others, cases of corruption of officials from ETECSA, the Guantanamo integral construction company and an intermediary of a “foreign entity” had been tried and sanctioned on the island for acts to the detriment of the economic activity or contracting, breach of the duty to preserve the assets of economic entities, embezzlement and illegal economic activities. This foreign entity was not registered in the Chamber of Commerce nor did any reference to it appear in the archives of the Ministry of Foreign Trade for its operation in national territory, and that lack of legality, which was known to all the signatories, invalidated their participation in the contract.

Two Havana Customs officials had also been sanctioned to prison terms of eight and six years, respectively, for bribery. Acting in common accord, they requested money from certain travelers in the review room to pass their articles, evading the surveillance cameras, and required that the bills be deposited inside the passports.

And that twelve citizens, officials and bank employees had been discharged for the crimes of bribery, forgery of bank and trade documents, embezzlement, illegal economic activities. The principal defendant devised the complex criminal phenomenon and achieved the joint participation of individuals with certain levels of organization and distribution of tasks, which classifies within the modern forms of organized criminal association. In this case, two citizens linked to a foreign firm were the perpetrators of the bribery when they gave sums of money and other material benefits to officials and employees of the Banco Internacional de Comercio S.A. to facilitate their work. This guaranteed them a privileged treatment, the streamlining of information and management in the financial and commercial operations they carried out.

Perhaps the worst part is that many of these attitudes are disguised with euphemisms or words that evade the ethical dimension of things. “Fighting” is one of them, and comes from the idiolect of the 1960s; another is to “resolve.” That also includes reaching into accounting operations, sometimes “to replace it later.” They are, of course, suicidal behaviors, but they function with the (il)logic that the lack of control and relaxation would make it difficult or impossible for such wrongdoings to occur without knowing what happened. A game of Russian roulette.

And like black holes. In times of crisis the psychological-cultural damage is deeper, more lacerating and lasting than the anguish in the material life of people.

*Translator´s Note: The lyrics are only available in Spanish.