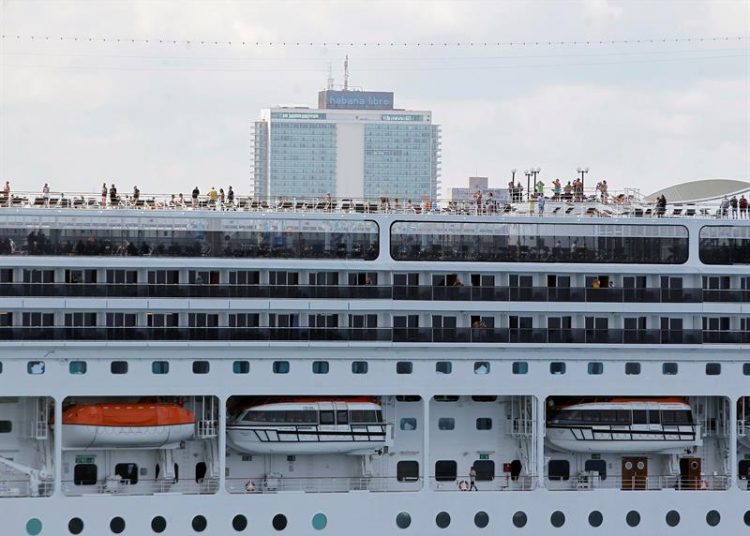 On April 17, 2019, the U.S. Secretary of State, Mike Pompeo, announced that President Trump would not suspend for any additional periods of time Title III of the Cuban Liberty and Democratic Solidarity Act – better known as the “Helms-Burton”. Title III of Helms-Burton allows U.S. nationals whose property was expropriated by the Cuban government on or after January 1, 1959, to sue in U.S. courts anyone – regardless of nationality – who knowingly and intentionally “traffics” in that property.

But, in response to strong opposition from many of the United States’ close allies and trading partners and concerns about violations of international law, Title III has been suspended continuously, in six-month intervals, since the it became effective in July 1996. The private right of action has never been invoked.

When the current suspension expires on May 2, 2019, however, the private right of action will become live and, for the first time, current investors in Cuba, their affiliates, and possibly even their vendors and lenders, will find themselves facing potentially significant litigation risk in the United States.

President Clinton signed Helms-Burton into law on March 12, 1996. The legislation reflects an effort to increase pressure on the Cuban government in the wake of the Soviet Union’s collapse and corresponding economic uncertainty on the island. In addition to codifying the United States’ existing trade embargo against Cuba, Congress targeted foreign private businesses that might invest in the county. Title IV of Helms-Burton bars individuals from entering the United States who have economic ties to property expropriated from U.S. nationals, and Title III provides a private right of action against such individuals and like-situated business organizations.

But, perhaps in response to separation-of-powers concerns, Congress delegated authority to the President to suspend the right of action under Title III in six-month intervals. President Clinton did just that upon the effective date of Title III, and every president has done the same since then until President Trump’s decision this April.

The private right of action created by Title III is extraordinarily broad, and the remedies available under it are extensive. To begin with, the right to sue is not limited to plaintiffs who were U.S. nationals at the time their property was expropriated. Rather, any U.S. national who had claim to expropriated property when Helms-Burton became law has a right of action under the statute, regardless of whether such person had a connection to the United States at the time of confiscation. Practically, this means that Cuban-Americans, who became naturalized U.S. citizens following their emigration from post-revolutionary Cuba, may seek compensation under Title III for property they, or their relatives, owned while still living in Cuba. The extension of Title III’s right of action to members of the so-called Cuban exile community greatly expands the class of U.S.-based claims for expropriated Cuban property beyond the roughly 6,000 certified by the U.S. Foreign Claims Settlement Commission (FCSC).

Title III also casts a wide net with respect to potential defendants. “[A]ny person” who “traffics” in Cuban property on which a U.S. national bases a claim may be liable. And “trafficking” is broadly defined. For the purposes of Title III, a person “traffics” in confiscated property if that person:

The extension of liability to not just persons who directly control or operate expropriated property, but also to those persons who “benefit”, “profit” from, or have an “interest” in the property would appear to sweep in a variety of tangential players. For instance, banks that lend to businesses operating expropriated property are most likely covered, at least to the extent that they maintain a security interests in revenue derived from the operation of such property.

A strong argument can also be made that some companies with no direct connection to Cuba “benefit” or “profit” from trafficking if they are closely related to a corporate affiliate that uses expropriated property in its business. The parent company of a wholly-owned subsidiary “trafficking” in expropriated property, for example, would certainly seem to be implicated. Finally, given the flexible use in English of the words, “profit”, “benefit”, and “participate”, it is easy to imagine arguments that vendors and other counterparties of core-traffickers are liable under Title III.

The last feature of the Title III that makes its private right of action especially powerful is its damages provisions. Once liability is established, defendants must compensate plaintiffs for the full value of the expropriated property, as measured by the greater of: (1) the value assigned to the property by the FCSC, if the action was based on an FCSC certified claim; (2) the current fair market value of the property; (3) the fair market value of the property at the time of expropriation, with compounding interest; or (4) a value determined by the court. These damages will be tripled in circumstances where the lawsuit is based on a certified FCSC claim, or where the plaintiff has provided 30-days’ notice to the defendant in advance of instituting the action.

These remedies mean that theoretically, in an extreme scenario, a company selling bath soap at a profit to the operator of an expropriated hotel could be liable for three-times the largest of four possible valuations of the property. To put this in perspective, one FCSC certified claim based on a hotel property is valued at over $50 million.

From a legal standpoint, the biggest constraint on Title III’s application is the difficulty plaintiffs may have finding defendants over whom U.S. courts have personal jurisdiction. Under the Due Process Clause of the U.S. Constitution, domestic courts exercise only limited personal jurisdiction. The dispute must have a connection to the U.S. state in which the court sits, or the defendant must be “at home” in that state.

Recent Supreme Court case law has made it clear that simply doing sustained business or having a subsidiary headquartered in a state does not make a defendant at home there. Although it is possible to imagine fact patterns in which core trafficking – that is, the direct control or exploitation of expropriated property – touches the United States, the U.S. trade embargo of Cuba means that most of the effects of these activities are felt outside of the country.

The embargo also essentially guarantees that all core traffickers are based abroad. This leaves a relatively narrow subset of potential defendants, mostly U.S. corporate affiliates or trading partners of core traffickers, who may be at home in a U.S. state, that are subject personal jurisdiction in the United States. Because of these defendants’ tangential relationship to the trafficking, it appears that the easiest cases for plaintiffs to invoke the court’s personal jurisdiction are the most difficult ones to win on the merits.

Additionally, the merits themselves may prove a major obstacle for many plaintiffs. Marshalling evidence that a defendant’s trafficking was “knowing and intentional” could prove challenging, especially since in many cases that evidence is likely to be under the control of hostile third-parties located abroad – and often in countries whose blocking laws allow, and indeed compel, locals to disregard U.S. civil discovery requests in Title III actions. And even in cases in which the facts are not disputed, the language of Title III is very broad and subject to divergent interpretation.

What it means to “profit from” or “participate in” has yet to be decided. Where defendants’ connections to the expropriated property are remote or tenuous, it is reasonable to believe that courts may give these terms a narrow construction.

Finally, there are several possible affirmative defenses to actions under Title III. One is its statute of limitations, which is two years. The provision serves to essentially limit liability to persons with, or connected to, ongoing business in Cuba. Another possible defense would be to invoke the so-called “act of state doctrine,” which, where recognized, prevents courts from reaching questions on the validity of a foreign state’s internal actions. The purpose behind it in the United States is to prevent courts from interfering with the nation’s foreign policy carried out by the political branches of government.

Several prudential considerations may give potential plaintiffs pause before beginning an action under Title III. The first would be the reaction of the current Cuban government. In the event that the United States’ policy toward Cuba swings back to that of the Obama Administration or liberalizes even further, economic opportunities for U.S. nationals may open in a still-communist Cuba.

The Cuban government is likely to take note of the identity of Title III plaintiffs, and such persons would be unlikely to receive any concessions, licenses, or other clearances that may become necessary for future investments in the country. Second, as noted above, members of the European Union and other states have created private rights of action to recoup damages and costs lost in Title III actions.

Because of these laws, victory in a Title III action in the United States means exposure to liability abroad. Potential U.S. plaintiffs with assets or business interests in the European Union will surely consider this factor when weighing the costs and benefits of commencing an action under Title III.

President Trump’s decision to no longer suspend Title III has prompted strenuous opposition from the international community and some Democrats in Congress. The European Union reportedly pressed the Trump Administration to continue the suspension, warning that a failure to do so would require the European Union to “use all means at its disposal” to stop actions under Title III.

Potential options apparently include re-instituting a WTO proceeding against the United States. On the day Secretary Pompeo announced President Trump’s intention to end the suspension of Title III, Canada and the European Union released a joint statement strongly condemning the move and Mexico vowed to take measures to protect its nationals’ investments in Cuba. Domestically, at least one senator has strongly criticized plans to end the suspension from the floor of Congress.

It is impossible to predict what effect this opposition will have on U.S. policy, but, given the widespread belief among Democrats and U.S. international affairs experts that relations with key allies such as Canada, Mexico, and the European Union need to be improved, it seems plausible that victory by the Democratic candidate for president in the 2020 election would mean a re-suspension of Title III – or even an effort to repeal it entirely. While a suspension would not disrupt pending lawsuits, it would prevent the filing of any additional actions.

*This article is a synthesized version of the one originally published by its author in Horizonte Cubano/Cuban Horizon, Cuba Capacity Building Project, Columbia University. It is reproduced with the author’s authorization.

Havana-Holguin train will return after 13 years