She described those who participated in the demonstration last Saturday as "enemies of freedom" and a "mass of ignorant and snobbish people who accompany them." 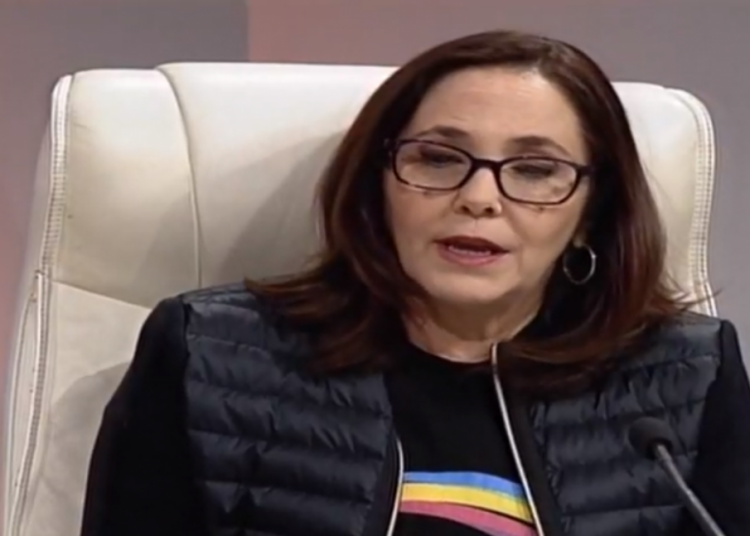 The director of the Cuban National Center for Sex Education (CENESEX), Mariela Castro, daughter of former President Raúl Castro, on Monday said that an independent march of the LGTBI community held last Saturday in Havana was “humbug” and criticized the “lackeyism of mercenary activism.”

“Free voices confront the lackeyism of mercenary activism and the ‘independent’ press. Unfortunately, many people joined the humbug, people who did not know what was happening and who as soon as they understood went to the Diversity Fiesta organized by CENESEX,” Castro wrote on Facebook.

She also described as “enemies of freedom” and a “mass of ignorant and snobbish people who accompany them” those who participated in the independent march last Saturday and which was interrupted by the police and plainclothesmen with a total of four people subdued and arrested.

Castro added that “the work of CENESEX makes these people lose sleep, but CENESEX, as a work and policy of the Revolution, will emerge stronger from the internal contradictions and external threats.”

Since 2008 CENESEX has been organizing every year the Cuban Days against Homophobia and Transphobia and as part of its activities it includes a street “conga” that was suspended from the program taking place these days, which generated malaise in the LGBTI community and the convocation of an independent parade.

CENESEX announced last week that the iconic gay pride parade was canceled in compliance with an order from that center’s governing body ―the Ministry of Public Health― due to “the current situation the country is experiencing” directed at worsening its economic crisis.

But LGTBI activists, accompanied by members of civil society, called for a march ―despite official warnings that it was not authorized― in which between 200 and 300 people participated and which left from Havana’s Parque Central and paraded with no setbacks until they reached Malecón avenue, where numerous police officers ordered it to dissolve.

The activists refused adducing that they did not need any permission to walk around Havana and that was when the arrests took place under the resistance of the detained persons and a part of the eyewitnesses.

The signs of violence were harshly criticized in the social networks by some artists, among them singer-songwriter Vicente Feliú, who described them as “absurd, shameful repression, dangerously evocative.”

The founder of the New Song Movement, Silvio Rodríguez, also joined him and wrote in his blog: “I fully subscribe to everything Vicente said on his Facebook.”

Cuban sexologist and MP Mariela Castro also appeared on Monday’s Mesa Redonda program accompanied by other activists linked to CENESEX, where she complained about “the cruelty of the counterrevolution that dedicated mother’s day to mercilessly assaulting the sacred memory of my mother, who taught me to laugh at what didn’t deserve my attention.”

Castro said that “not knowing the law does not exempt you from responsibility” and considered that “citizens have rights and responsibilities according to which each person takes responsibility for their words and actions.”

CENESEX legal adviser Manuel Vázquez, also present at the Mesa Redonda, addressed the fundamental activities of the Days against Homophobia and Transphobia.

Referring to the independent march he said that “for a long time they have wanted to use that space to distort the message of the conga” and he explained that in the face of that situation a “conscientious” decision was made to “not hand over that space for these groups to use it that way.”

He stressed that the legal requirement to request authorization to carry out the walk was not met and pointed out that people who have never been to the congas “were the ones who began to resist and respond in a non-organized, non-respectful manner.”

In that regard, he said that these people “were led and taken out of that march” and said that “none of those people have been prosecuted.”

This is the first time in decades that a demonstration without official permission has taken place in Cuba, in an unprecedented barometer of independent civil society for the island’s authorities.