The “cultural exchange” spoken of never became official in the absence of cultural relations; Cuban musicians travel to the U.S. hired by private companies. 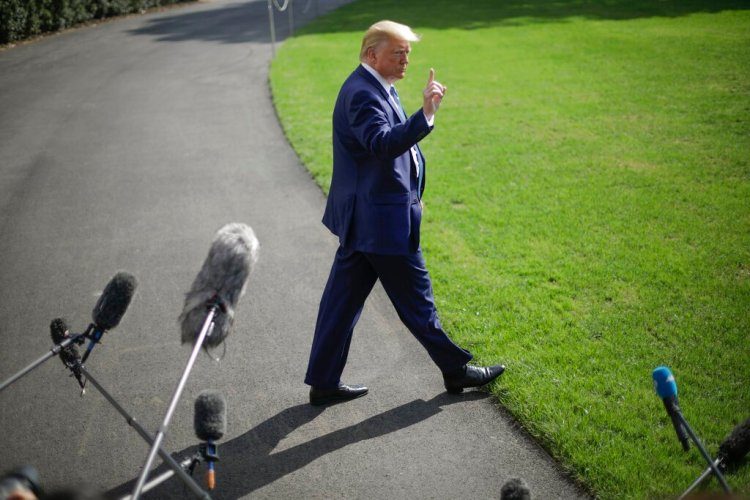 The Donald Trump administration decided to cut federal funds that are used, among other things, in cultural exchange programs that the government promotes abroad. Cuba is on the list of those “affected.”

In an ordinance published in the Federal Register, Trump justifies the decision because the countries included in this sanction have not met the minimum standards for the elimination of the trafficking in persons, and during fiscal year 2020, Cuba, North Korea, Russia and Syria will not receive a penny for cultural exchange programs.

The document emphasizes that the United States “will not provide non-humanitarian, nontrade-related assistance to, or allow funding for participation in educational and cultural exchange programs by officials or employees of the governments of Cuba, the Democratic People’s Republic of Korea (DPRK), Russia, and Syria” for fiscal year 2020.

The announcement coincides with the cut of about 897 million dollars that the administration made to the federal budgets related to arts and humanities, public television and radio, libraries and museums. Some of these cuts have political connotations, because since the 2016 election campaign, the then candidate had been advocating he would cut federal funds in that sector. And since then it has been like this and this fiscal year is the third consecutive year that the cuts have been made effective, with the consent of the Senate and House of Representatives.

But in the case of programs abroad financed by the federal government the matter is different. The president has the authority to cut and end at his free will cultural exchange programs with whichever countries he wants.

Cultural exchange programs rely primarily on bilateral agreements and this is where the case of Cuba is an exception to the rule because, at least since 1961―when relations were broken―the two countries have not signed any cultural agreement.

In April 2016, when the air traffic agreement was being discussed in Havana, a cultural delegation from the United States visited Cuba to recommend to Obama that he design a cultural rapprochement with the island. They held a series of meetings with Cuban authorities and intellectuals and designed exchange protocols that promoted the sending of Cuban academics to the United States and vice versa. But that was never approved by Congress, in addition it happened a few months before the end of that Democratic administration.

When relations between the two countries resumed at the level of interest section in 1997, the press and culture office in the U.S. diplomatic mission in Havana was unable to promote American culture in the absence of a bilateral agreement and the rejection of the local government in the face of everything that sounded like “ideological and diversionary penetration.”

A U.S. diplomat who was stationed in Havana in the late 1990s told OnCuba that they were never able to carry out anything rigorously; they were always denied permits and any activity they carried out with people who were not from the regime was sabotaged; and the magazine they published had a small circulation and at times the Cubans would complain about its contents. Moreover, they reached a point where his office had a budget cut because Washington, seeing that the funds for the promotion of U.S. culture were not used, took them away.

In terms of “cultural exchange,” whose definition basically consists of the exchange of information, in trying to understand and get acquainted with one culture and the other, the two countries never had an official relationship; just specific cases that occurred more by a personal will of those involved in the improvement of relations than by a mutual government agreement.

“A few years ago, the National Endowment for the Arts brought several Cuban musicians to perform at the Kennedy Center in Washington. It was a big gala. But there was the Obama administration and things were opening,” said the director of the Cuban Research Institute of the Florida International University, Jorge Duany.

There was also the case of several administrators of the Smithsonian who traveled to Havana and established scientific exchange agreements with their peers on the island. But there was nothing official that would go beyond the political will to facilitate contacts with the granting of visas. “In this case the exchange itself is a movement of intellectuals, writers, painters, who traveled between the two countries, although more to Cuba,” Duany emphasizes to OnCuba. In fact, “there are very rare cases in which federal funds are used to bring people from Cuba. Musicians, writers and painters, travel with private invitations,” he emphasizes.

It’s not my fault! The anguish and triumphs of Cuban music in Miami in the 1990s

When Cuban singers living on the island started appearing on Miami stages, bars, cafes or restaurants 20 years ago, alarms went off, because many thought that the brawl outside where Los Van Van performed in Miami in October 1999 would put an end to Cuban musicians appearing in the United States.

They were wrong. Several impresarios, some without great experience in the field, started traveling to Havana and hiring them. Manolin, el Médico de la Salsa, Gonzalito Rubalcaba, Pedro Luis Ferrer, Carlos Varela and many others started arriving. Gradually, as the community changed morphology, young people began to demand new voices from impresarios and South Florida had the opportunity to dance with artists such as Kelvis Ochoa or Descemer Bueno. Pablo Milanés performed in Miami to a full house and Silvio Rodríguez sang in Orlando, but one night he drove to Calle Ocho, stood in front of the Versailles Restaurant and nobody recognized him.

All this movement, although it has not been massive, mobilized crowds and divided families. But the antagonists and the political class made a mistake that became a myth: they started referring to simple commercial transactions, hiring artists as “cultural exchange.” And the complaints began because people in Miami did not see reciprocity, the local artists or singers were not traveling to Cuba.

Singer Willy Chirino was one of the first to protest. He is in fact one of the most active in the protests. “There will be no reciprocity if we cannot go to sing in Cuba. We want to, but they don’t let us,” said the singer born in Consolación del Sur.

“It’s a strange, crooked demand, because I don’t think Chirino would survive in Miami if he goes to Cuba. They were going to reject him,” says Luovis García, who runs a record shop on Calle Ocho, in the heart of Little Havana, where all kinds of Cuban music are sold, “from here and from there,” as is popularly said.

Cuban-American musicologist Eloy Cepero, producer of radio and television programs about Cuban music, is of the same opinion. “If the musicians from here are going to sing there, of course they will be criticized and a lot. They will say that you are playing in a country that doesn’t care about its citizens. They don’t understand how they left and now they return. Look at the case of Aimée Nuviola, she went to Havana, performed and they are already criticizing her, tearing her to shreds,” the musicologist told OnCuba. And, “wow, she really sings nice,” he added.

But deep down, Miami’s reaction to a “cultural exchange” that has never been more than a commercial operation has a very specific reason: money, the salaries that musicians charge. Some very high because they fill spaces since an important segment of their public has immigrated to the United States. And those against this presence have recycled the argument that money will end up in the coffers of the Cuban government. “Many people talk about it, but nobody really knows. I think it was like that a few years ago. But recently I learned that it has changed a lot,” says Cepero.

This musicologist can’t be accused of being pro-Castro. He is one of the directors of the Cuban American National Foundation but also a fan of Cuban music. On both sides, which for him are only one. That is why he is outraged by the recent emergence of a new movement of “ideas.”

Several politicians have passed ordinances that prohibit using public spaces for those presentations under the pretext that Cuban musicians who come from the island are playing in the United States. The case of Miami is the most emblematic. In June, Mayor Francis Suárez proposed and got the approval of the unusual proposal sent to the United States Congress to ban throughout the country the performance of Cuban musicians living on the island. He is still waiting for the answer.

For two days the matter occupied spaces in the news but then disappeared as if by magic. But it was not a unique gesture. The city of Hialeah expressed itself in that same wavelength, cancelling a contract for the July 4 celebrations, a national holiday, with Señorita Dayana, Jacob Forever and El Micha, Cuban reggaeton musicians, because they travel to Cuba, no matter what they had sung during the same holiday last year.

All this is framed in what the American Civil Liberties Union (ACLU) calls Miami’s tendency to have a very particular foreign policy even if it has no practical effects.

The Miami-Dade County Commission also approved its resolution to ban singers from performing in South Florida, but also with no effect. A decade ago it tried the same thing with trade with the island but while the cruises to the island lasted, it failed to prevent anyone from sailing despite the fact that the port of Miami is under county administration.

On the other hand, there is a whole movement, bordering on the witch hunt, which asks the Trump administration to cancel visas and residences in the United States of musicians who travel regularly to Cuba. “The law is very, very clear. A resident only loses his residence if he commits a major crime, not for traveling to another country. All this is political,” explains immigration lawyer Javier Domínguez to OnCuba. The rest, he says, is “politicking.”

In addition to practically asking for the expulsion from the country, that movement basically promoted on the social media also calls for boycotting the performances with redoubled force and surrounded by a rhetoric that was disappearing from Cuban Miami. The most recent case is that of singer Haila who ended up traveling to Miami despite calls to boycott her for her performances and political positions on the island. For weeks she has been attacked, but she does not slow down. She said it this week to OnCuba and without rancor, that for her the most important thing is that in Miami “there is a lot of Cuban flavor but also a lot of longing.”

The White House’s decision to include Cuba in countries with cuts in cultural exchange programs also coincides with an increase in restrictions by the administration, including the suspension of flights to Cuba which has caused a very cold reaction in the Cuban-American community, which now looks at future difficulties and, in the short term, obstacles to be able to see the family this Christmas.

Jorge Duany has an explanation for that. “It is more of a symbolic gesture to please some sectors of the Cuban community, including the county commission, which passed a resolution in that regard.”