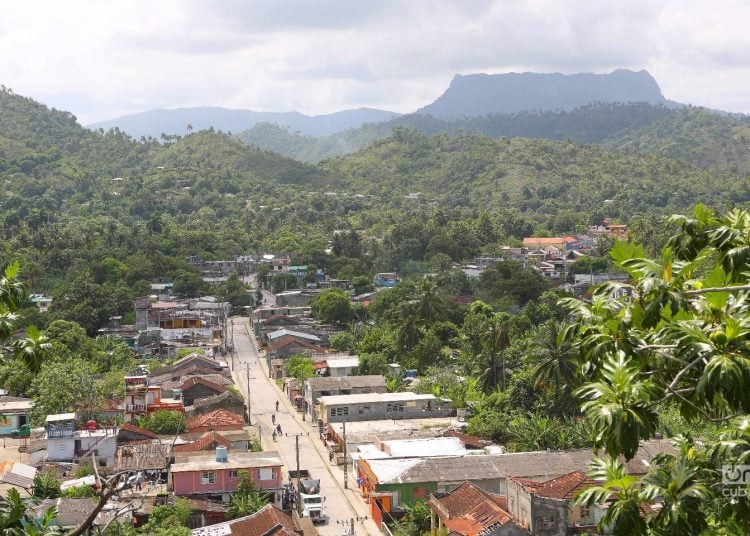 You can’t walk ten yards along any beach from Cabo San Antonio to Punta Maisí without fear of being brained by a falling coconut. So how come coco rarely finds its way into Cuban cooking? Elsewhere in the Caribbean it’s a versatile staple, simmered luxuriously with white rice or adding richness to soups, plus sensual subtlety and body to smoothies. And then there’s spinach-like callaloo, and heavily seasoned mojo marinade, provocatively spicy and hot as Rihanna.

Much of the Caribbean’s endlessly lively cuisine gives a nod to its Taíno Amerindian heritage. Many indigenous ingredients—cassava (yucca) and sweet potato, plantains and maize, chilis and peppers—are staples in Cuban cooking. Yet Cuba’s comparatively uniform and bland fare reduced Anthony Bourdain (during his first visit, in 2011) to repeat the famous quip about the “three things the Revolution does worst: breakfast, lunch and dinner.”

What a pity the late, great Bourdain didn’t venture to Baracoa, where the unique regional cuisine—infused with Taíno traditions—is the equal of anything the Caribbean can offer.

The first signs of Taíno culture, of something unique on the isle, begin to appear as we bounce down a dirt track that leads to the hamlet of El Güirito. Past simple thatched bohíos with palm-plank walls. Past graves surrounded by guamo (conch) shells and topped by thatch, preserving a Taíno superstition meant to thwart evil spirits. Past still-smoldering plots, newly cleared by slash-and-burn, Taíno-style. Past heaped-earth mounds—an indigenous tradition—planted with maize, plantain and yucca, and tilled by weathered indios campesinos prodding at the soil with coas: long, sharpened hoes (unique to this part of the isle) that pre-date Columbus’ arrival near Baracoa on November 27, 1492.

I’m here with my National Geographic Expeditions’ group to interact with Grupo Kiribá-Nengón, a cultural ensemble that keeps alive the eponymous country music and dance forms that are rustic precursors to son. I’m astonished by their coppery complexions and squared-off jaws and prominent cheekbones—so distinct from elsewhere in Cuba—transporting me metaphorically back to the Amazon basin. The group strikes up, interpreting their traditional sounds with the tambor, tres, claves, güiro, maracas, marímbula, and a güayo scraper inherited from the Taíno serrated stone grating board used to shred yucca.

And then comes the food.

The rough-hewn table is laid out with a buffet of typical and tantalizing baracoense dishes. Unique to the region, they’re refreshingly different from the predictable rice, beans and pork. A tiny and savory fish—barely a centimeter long and almost transparent—called tetí…. Bacán, a tamal, made with plantain, coconut milk, and pork, seasoned with annatto and other spices, and wrapped in blanched banana leaves…. Crab enchilada with coconut milk…. Spicy shrimp with coconut-flavored rice…. Calalú simmered in (you guessed it) leche de coco…. Pudín de boniato, a dessert of sweet potato cooked with sugar and coconut milk…. Irresistibly sugary balls-called yemitas made with chocolate and grated coconut…. Plus chorote, an addictive chocolate drink made from locally grown cacao and coconut milk thickened with cornstarch. All served in coconut shells, jícaras (hollowed out gourds), and palm-frond makuto baskets, or laid out on bateas (long wooden trays), and known by names familiar to their Taíno forebears.

Baracoa, 900 kilometers east of Havana, is as haunting in its fantastical unfamiliarity as it is enchanting in beauty. The city, founded in 1511, is Cuba’s oldest. Its setting is fit for a Hollywood epic. Baracoa unfurls like an abanico fan below a flat-topped formation—El Yunque—floating mysteriously above mountains smothered in throttling green virgin forest, forming a great amphitheater cusping the Bahía de Miel. This is as close as you’ll ever come to seeing what Columbus saw when his first voyage brought him to Cuba. It’s easy to see how pockets of indigenous people could survive in this wild rugged place, passing down their genes through the centuries.

This is by far Cuba’s rainiest region. A near steady pat of water drips from the evergreen canopy. Baracoa’s original cuisine and culinary traditions owe much to its inveterate indigenous past and the dripping-wet climate. And to ingredients rarely seen in other province’s gardens and kitchens.

Take the tetí (a Taíno word first recorded in 1527 by Friar Bartolomé de Las Casas). This Baracoan delicacy—a species of goby (Sicydium plumieri)—is unique in Cuba to the mouths of the Duaba, Miel, and Toa rivers. And only July through December, when under a luna menquante (waning moon), balling shoals of young fry surge in from the sea to the river mouth, roiling the water surface…

Dawning sunlight glitters upon the waters, and a rubicund radiance mantles the mountain meniscus. As the blazing sun rises above the horizon, Pipín Garrido gathers his net and leans into his throw, and the fine woven mesh goes flying. The circular spiderweb opens like a parachute before hitting the water. Rafael hauls in his net, now bursting with wriggling worm-like tetí.

I first taste them at a paladar called El Poeta. A whole plate-full, heaped with little opaque fish, fried then simmered in coconut milk with slivers of sweet peppers and onions. Pablo Neyva, the very colorful (and now-deceased) owner, assures me that the savory dish is a great aphrodisiac. (Curiously, Pipín and other local fishers believe that the fish won’t appear in the river if a pregnant or menstruating woman is present. Cubans are a superstitious people, and never more so than around Baracoa, where campesinos—peasant farmers—who proudly identify themselves as indios still plant boniato and yucca by the four lunar phases, pray to the sun and moon, and ask permission or forgiveness before cutting barks and roots for healing remedies.)

Dining at El Poeta is a full-on sensory experience.

Next comes a plate of fresh-caught shrimp in a unique-to-Baracoa well-seasoned sauce—lechita—made of coconut milk and tomatoes and garlic. And pescado con leche de coco—diced fish fillet in coconut sauce. Plus bolas de guineo (plantain balls) in coconut milk…. Bacán stuffed with crabmeat…. Octopus grilled in garlic with smoky dried peppers and herbs…. Calalú with squash, chard, and other greens cooked in coconut milk.… And frangollo, made of dried, mashed bananas mixed with sugar, pressed into squares and wrapped in banana leaves.

You’re bombarded with coconuts as you drive up La Farola bound for Baracoa on the switchback that snakes through the serried ranges of the Sierra Cristal. Fortunately, there’s no need to fear being brained….

“¡Cucuruchó! ¡Cucuruchó!” the locals shout, indecipherably, leaping in front of your vehicle and thrusting towards you strange rolled palm-leaf cones (the term cucuruchó means cornet). The sticky—and delicious—ambrosial sweet treat inside is shredded coconut cooked with honey or sugar, mixed with orange and sometimes papaya and/or nuts.

Why these divine treats aren’t made and sold elsewhere in Cuba defies logic.

Then there’s the chocolate!

About half the cultivable land hereabouts is given to coconut palms and cacao. Most of Cuba’s chocolate is produced here, at the state-run Fábrica de Chocolate Che Guevara, which sends luscious aromas of roasted cacao beans wafting through town. Chocolate is everywhere. Sold in shops as dark-brown bars, professionally wrapped, straight from the factory…. Sold as artisanal bonbons made on-site at Casa del Cacao, one block west of the main square (with a bust of Taíno cacique Hatuey, Cuba’s first martyr) …. Sold on the street as homemade cakes—thick and grainy—wrapped in palm bark…. And appearing in cups of chorote, served hot or cold and made from a ball of cacao paste, grated and set to boil with coconut milk.

Native to the American tropics, Theobroma cacao—“food of the gods”—was known to pre-Columbian cultures for thousands of years. How appropriate, then, that Baracoa is ground zero of cacao production in Cuba… of the living Taíno bloodline… and of sacred beliefs and traditions that trace back to the pre-Columbian era. Ground zero, too, of Cuba’s only truly distinct cuisine. One spiced by indigenous ingredients and know-how.

No reservation. Bourdain would have approved.

License for private taxi drivers in Cuba changes, experiment comes to an end