Charter flights will not be affected, according to a Donald Trump government official cited by El Nuevo Herald. 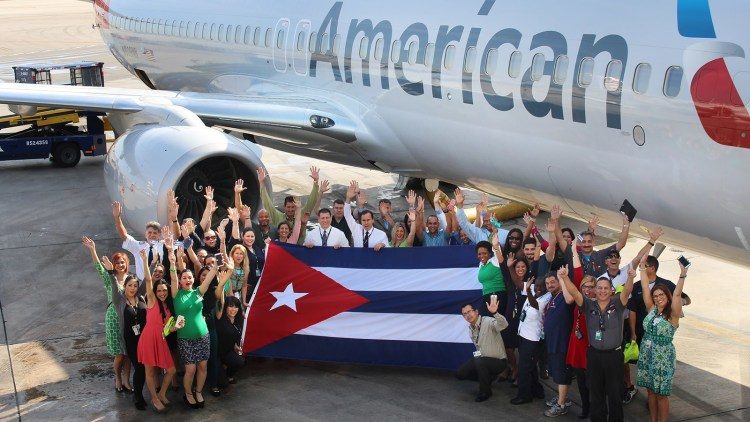 The U.S. government will suspend U.S. airlines’ flights to nine destinations in Cuba in order to limit revenues for the island, El Nuevo Herald reported this Friday, citing a senior official of the administration of President Donald Trump. The news was subsequently confirmed by the State Department.

Washington will only continue authorizing flights to Havana but will veto other destinations such as Santiago de Cuba, Camagüey, Santa Clara and Varadero. The affected airlines, including American Airlines, Delta and JetBlue, will have 45 days to complete their operations on the island related to those destinations, said the official, whose name was not revealed by the U.S. media.

Airlines contacted by El Nuevo Herald “did not immediately respond to a request for comment,” says the publication, which in turn clarifies that charter flights to Cuba from Miami will not be affected.

Regular flights by U.S. airlines were authorized by the U.S. government in 2016, in the context of the bilateral rapprochement promoted by then presidents Barack Obama and Raúl Castro. This led to the improvement “of services and prices of flights to Cuba, which until then were a monopoly of charter companies,” says the Florida-based newspaper.

“We have seen how the Cuban government has benefited from American travelers. We will not allow these funds to go to the government coffers,” said the official.

The suspension of the flights adds to the set of measures taken by the White House since the arrival to the presidency of Donald Trump to roll back the previous policy towards Cuba and affect the economy of the island, whose government it accuses of keeping Venezuelan President Nicolás Maduro in power.

Last Monday, new sanctions imposed by the Department of Commerce took effect, restricting exports and authorizations to rent aircraft to the island. This is why Cubana de Aviación announced the cancellation of its flights to seven international destinations as well as domestic routes, because several leasing companies canceled their contracts with the main Cuban airline.

The U.S. government had previously banned travel on cruises, private aircraft and yachts, restricted the travel possibilities of its nationals to the island and limited the sending of remittances. It has also sanctioned companies and shipping companies that participate in the shipment of fuel to Cuba, which generated an energy crisis that forced the Cuban government to take savings and control measures.

In addition, the U.S. administration limited its consular activity on the island and enforced Title III of the Helms-Burton Act, which allows filing lawsuits against companies that benefit from properties nationalized after the Cuban Revolution of 1959 and as part of which several cruise companies and American Airlines (AA) face lawsuits, in the latter case for the use of the Havana airport.

Last May, when some of these measures had not yet been announced, AA confirmed its intentions to become consolidated in Cuba.

At that time Ramón Jiménez, its director of operations on the island, assured OnCuba that his experience on the island had been “very satisfactory.”

“It has allowed us to continue growing, increasing the number of operations and becoming consolidated as the airline that makes the most flights between the United States and Cuba. Therefore, our approach is to bet on the Cuban market in the long term,” he said.

The U.S. airline opened a commercial office in Havana two years ago, at a time when the number of flights and travelers from the United States was significantly growing after the Obama era thaw. Since then, despite the rollback promoted by Trump and contrary to what happened with other companies, AA had not stopped growing in Cuba.

According to analysts, the measure will affect the Cuban community in the United States, as it forces travelers to go to Havana before traveling to other locations, in a country with serious transportation difficulties, especially by air.

Currently, about 50 airlines, including five from the U.S., fly to Havana and use the José Martí International Airport, says El Nuevo Herald.