The group is made up of migrants arriving in three precarious vessels intercepted in Caribbean waters, the Coast Guard said in a statement. 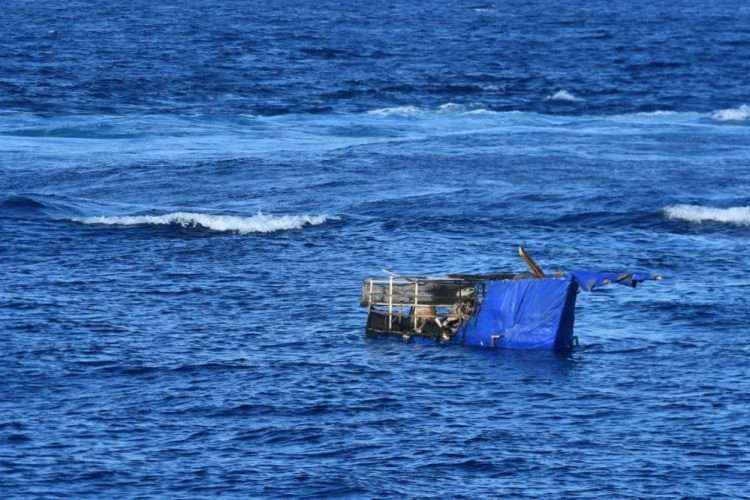 The U.S. Coast Guard repatriated 45 Cubans this Monday, the result of three interceptions of precarious vessels in Caribbean waters, the institution said in a statement.

One of the Coast Guard interventions took place last Friday, about 15 miles (24 km) from Havana. On the same day, another arrest was made 35 miles (56 km) from Cay Sal, in the Bahamas, and last Saturday the Coast Guard intercepted another precarious vessel about 40 miles (64 kilometers) from Key West, in the extreme south of Florida.

#Breaking @USCG cutter William Trump's crew brought 20 Cubans back to #Cuba after picking them up off the #FloridaKey's coast in unsafe vessels. Family members looking for information about loved ones should reach out to their U.S. rep. or embassy. #DontTakeToTheSea @USEmbCuba pic.twitter.com/ZYCOBOY7i3

Once aboard a Coast Guard ship, the rescued rafters received basic medical care, food and water. None of the immigrants had injuries.

Lt. Connor Ives of the Seventh Coast Guard District said in a statement that there is a controlled, safe and legal means of migration to the United States, and that not following this process and emigrating by sea is not only illegal, but endangers the lives of everyone involved.

So far this fiscal year 2021, that is, since October 1, 2020, the Coast Guard has intercepted 838 Cubans at sea, a significant increase in detentions compared to the 49 intercepted in the entire fiscal year of 2020.

Cubans’ gateway to enter without legal permits to the United States was open until January 12, 2017, when then-President Barack Obama withdrew their immigration benefits by canceling the “wet foot/dry foot” policy by executive order.