Of these, 25 were deported and one was referred to the Office of Customs and Border Protection (CBP) and faces possible criminal charges. 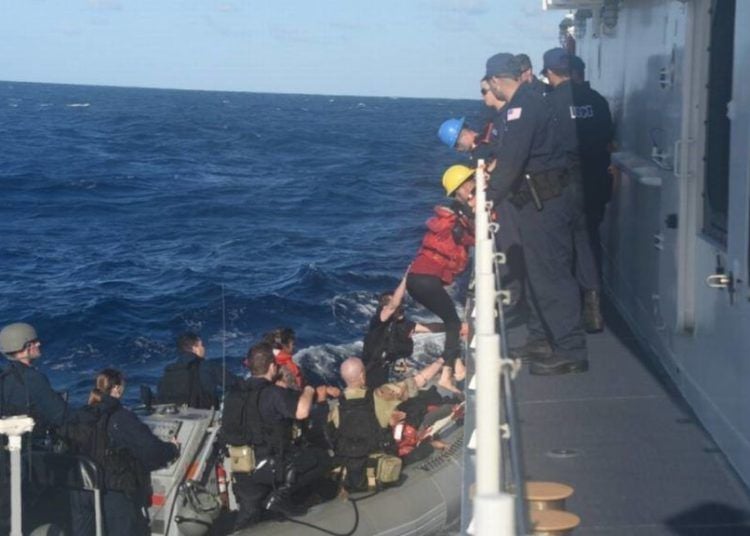 The U.S. Coast Guard rescued 26 Cubans in the Florida Keys, on the southern tip of the United States, who illegally tried to reach the country in a rustic wooden boat that was about to capsize, and it deported 25 of them this Tuesday.

The institution said in a statement that the immigrants were rescued in good health, but did not specify when the boat was intercepted.

One of the Cubans was referred to the Office of Customs and Border Protection (CBP) and faces possible criminal charges that were not detailed by the authorities.

The other 25 were deported to Cuba this Tuesday on a Coast Guard boat.

Captain Jason Ryan, enforcement chief for the Seventh Coast Guard District in Miami, said that it was fortunate that the ship didn’t capsize or ended in tragedy, as was recently seen in the Straits of Florida.

The immigrants in distress were spotted by a boat 77 kilometers (48 miles) southeast of Long Key, in the Florida Keys, a string of islands and the nearest point from the United States to Cuba.

The Coast Guard thanked the “good Samaritan” and the United States Navy for contributing to the rescue.

In January 2017, then President Barack Obama (2009-2017) canceled the “dry foot/wet foot” policy decreed in 1995, whereby Cubans who touched land were favored with the Cuban Adjustment Act and could stay in the country and even obtain permanent residence, while the others were deported to the island.

Shortly before the elimination of this benefit, an unusual arrival of migrants from the Caribbean country was recorded in the Straits of Florida, in view of the fact that many anticipated the end of the “dry foot/wet foot” policy, a migratory wave that has declined in the last years.