Hardliners believe that by regulating Cubans’ access to the U.S, changes will take place in Cuba. Will this new policy lead the island to the boiling point that some political groups pursue? 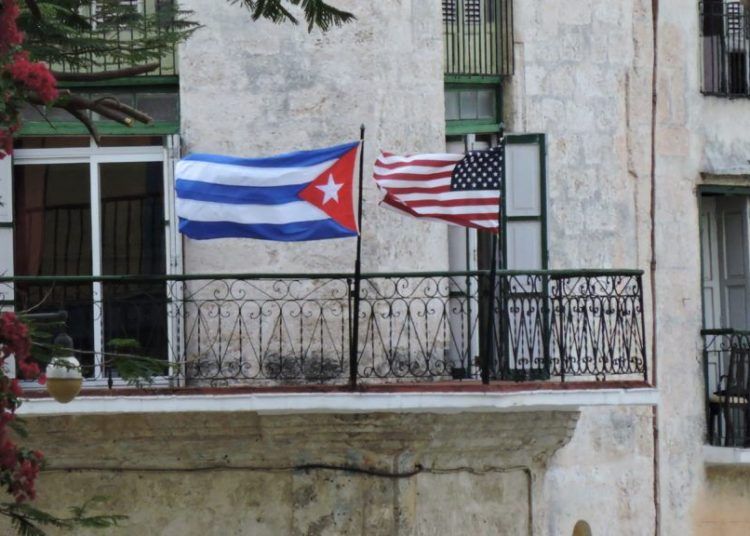 Photo taken during the visit of President Barack Obama to Cuba in 2016.

On Friday, the U.S. government made changes to visa laws governing Cubans entering as tourists to the United States. Previously, B2 visas could be issued for multiple entries during a 5-year period, which will shift to a 90-day single-entry visa effective March 18. This means that Cubans who seek to visit friends and family in the United States, or who periodically hop over to Miami to buy goods to sustain their small businesses, will now face a much more onerous process in order to do so.

International norms dictate that governments’ bilateral policies regarding the movement of people should be reciprocal, and therefore these changes should be a step in the right direction. The question is whether the newly-minted policy can truly be considered reciprocal. Cubans seeking non-immigrant (tourist) visas to the US are more likely to be refused than people from nearly every other Latin American country. Importantly, Cubans currently cannot apply for a visa in Cuba since the U.S. embassy stopped processing this type of visa due to major staff reductions following the still unsolved mystery of the so-called sonic incidents affecting the health of U.S. (and Canadian) diplomats. Obtaining a visa now means embarking on a costly journey to a U.S. consulate in a third country, only to face a high likelihood of being denied. For the average Cuban, this situation is excruciatingly untenable. And Panama, a popular recent alternative for Cubans traveling back and forth to import everything from car parts to bath towels to cooking oil, followed suit on Friday with its own announcement of tightening restrictions for Cubans.

For Americans wishing to visit Cuba, on the other hand, it’s possible to show up at the airport and purchase a tourist visa at a third of the cost that Cubans must pay, with no anxiety about whether or not it will be granted. In fact, most Americans are not aware that it is the U.S. government that places restrictions on American travel for “tourism” to Cuba, not Cuba itself. For those reasons, I would qualify this policy as only partially reciprocal.

Hardliners believe change will happen in Cuba by preventing opportunities for Cubans to access the United States. The argument goes that eventually there will be a breaking point. Will this policy bring Cuba to the breaking point? Sixty years have passed since the revolution, and the most significant consequence of US policies has been mass emigration resulting in brain drain and in increased remittances that supplement government deficiencies. Not even in the 1990s, when the collapse of the Soviet Union left the island so economically isolated that the average Cuban lost twenty pounds given the lack of food and fuel for transportation, did we see the type of anticipated grassroots change.

Current challenges in Cuba include new limitations on freedom of artistic expression and private enterprise, as well as the reduction in imported goods and petroleum from their major trading partner, Venezuela. Increased scarcity of basic goods such as eggs and flour threaten to bring Cuba back to a scenario resembling the “Special Period” of the 1990s. At the same time, 86% voted ‘yes’ on the referendum of the new Constitution (2/24/19) – still an overwhelming show of support for the status quo. Nearly 14% of the population voted ‘no’ or left their ballots blank.

Obama made many enormously positive changes through his role in normalizing relations with Cuba beginning in late 2014. We should not forget that one of his last actions in office was to do away with the Wet Foot/Dry Foot policy of 1995, itself an amendment to the Cuban Adjustment Act of 1966, which afforded preferential treatment to Cuban immigrants. Therefore, one could argue that this latest change is not out of sync with the previous administration’s policies.

Although it does move us closer to “normalizing” relations between the US and Cuba, restricting tourism and the inherent value of people-to-people connections in the name of reciprocity has a low chance of generating change within the island. More likely, it will result in Cuban people and goods being diverted to other countries, such as Mexico. That means less money spent in Florida. It also means that Cubans with friends and family in America will face the painful reality that they may not be able to visit their loved ones any time soon. One can only hope that these sacrifices will lay the groundwork for a more level playing field in terms of future diplomatic negotiations.