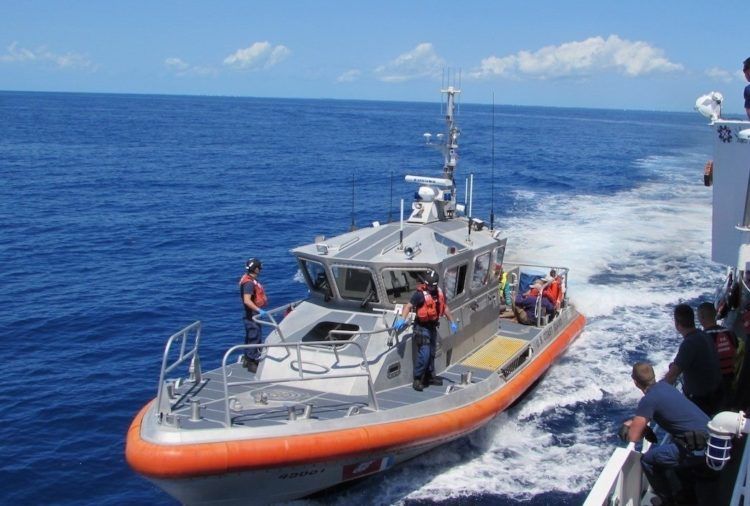 The U.S. Coast Guard repatriated 59 Cuban rafters this Monday and Tuesday, the product of four interceptions in the Florida Keys, in the extreme south of the state, the institution reported.

A Coast Guard intervention that led to the custody of 29 Cubans, the largest amount, occurred on June 10 when agents rescued a precarious boat “in poor condition” 40 miles (64 kilometers) north of Havana.

One person was taken ashore to receive medical attention and the remaining 28 were repatriated this Monday in good health, the Coast Guard said in a news release.

Another precarious boat with 16 people on board was spotted the day earlier, on June 9, in Long Key, by a “good Samaritan” who immediately contacted the Coast Guard. The entire group was transferred to a cutter and repatriated to Cuba between this Monday and Tuesday.

On the same day, a Customs and Border Protection (CBP) plane informed the Coast Guard at the Islamorada naval station that a boat in poor condition with four people on board was heading north off Cayo Largo.

The boat was intercepted and the Cuban immigrants were repatriated this Monday.

And last Saturday authorities intercepted another rustic boat with 11 Cuban immigrants on board, 10 miles (16 kilometers) from Elliot Key, near Miami Beach. All of them were also repatriated this Tuesday.

The doorway for Cubans without legal permits to enter the United States was open until January 12, 2017, when then-President Barack Obama withdrew immigration benefits by canceling the “wet feet/dry feet” policy by executive order.