Shooting and canoeing give Cuba its first medals on Saturday July 27. 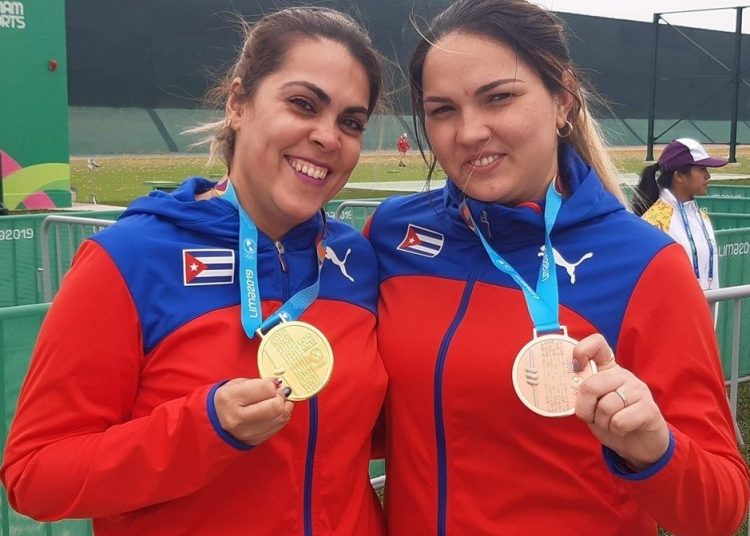 Cuba won its first medals this Saturday at the 18th Pan American Games in Lima, Peru, thanks to the performance of Laina Pérez, winner of the gold medal in the 10-meter air gun event, and Sheyla González, bronze medalist.

Laina, 30 years old and in her fourth participation in these tournaments, recorded a score of 200.0 units in the final accumulated, while her compatriot ranked third with 195.7. The silver medal was won by Ecuadorian Andrea Pérez, with 196.5 units.

In the previous Toronto 2015 Games, the now winner was ranked fourth, no woman was able to gain the podium for Cuban sports shooting, which reached two gold, one silver and two bronze medals on that occasion.

While the pair made up by the 19-year-old Fernando Dayán Jorge and the veteran Serguey Torres reached the gold in the test of the c-2 to 1,000 meters in canoeing, with a time of 3:32.276, surpassing the Canadian and Mexican pairs, second and third place in that order.

In this sport, Cuba is the historical leader in the medal table with a total of 36-22-16, although the outlook for surpassing the performance of the previous edition of 2015 seems difficult.

The gold medal winners in this multisport event guarantee a place for the Tokyo 2020 Olympic Games, one of the incentives in these Lima 2019 Pan American Games.