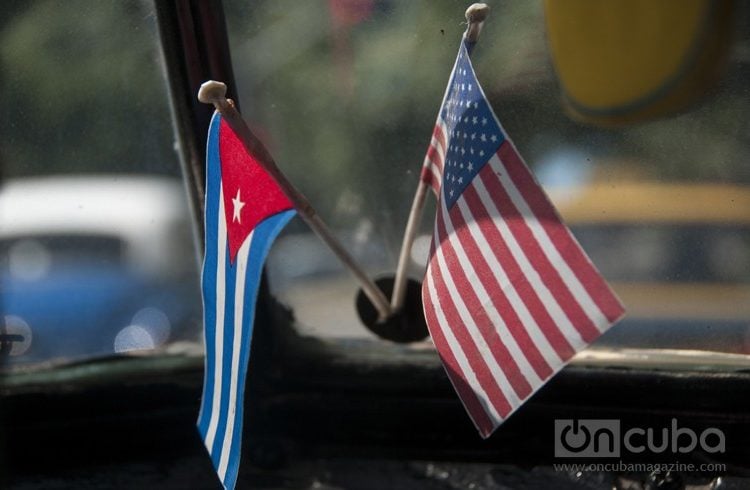 The US State Department appointed Assistant Secretary Tom Malinowski as its representative in the negotiations on human rights with Cuban diplomats to take place in Washington from today. He directs the Bureau of Democracy, Human Rights and Labor. His experience in the field goes back to his role as director of the Observatory for Human Rights.

In the past, Malinowski served as senior director of the National Security Council during the last three years of the Clinton administration as a speechwriter.

The Cuban delegation which went to Washington last Sunday is led by Pedro Luis Pedroso Cuesta, Deputy Director General of Multilateral Affairs and International Law of the Ministry of Foreign Affairs of Cuba. Official statements from the island have insisted that this meeting is the result of a Cuban proposal in July 2014, when still the rapprochement between the two governments was secret.

“The purpose of this meeting is to discuss the methodology for future talks on human rights,” Jeff Rathke, director of the Press Office of the State Department, told reporters.

The results of this meeting and the ability to demonstrate to listen to each other by both governments in parity conditions will be an indicator of what could be the next steps towards normalization of relations.

What happens there, since it is a political issue source of much friction, will pave or complicate future scenarios in which it is expected, for the short term, removing Cuba from the list of state sponsors of terrorism and reinstalling embassies in both capitals.

“The question of restoring diplomatic relations and open embassies moves in parallel with those other dialogues,” said Rathke referring to the technical meetings about immigration issues, air transport and telecommunications, stating that “that are all components in our policy (…) but do not depend on the conclusion of our conversations about resetting relations or reopening embassies. ”

As told by the State Department there is no update about the permanence of Cuba on the list of countries that sponsor terrorism. “There’s a six-month process that President (Obama) announced. We’re working on it. We don’t have a new deadline, “said Rathke, repeating the position already expressed by other speakers at the State Department during the month of March.

The delegation that represented Cuba in Washington during the previous round of talks reiterated “the importance of addressing a group of topics that create the appropriate context to restore diplomatic relations and open embassies in both capitals, in particular, the exclusion of Cuba from the list of state sponsors of international terrorism.”

On the bilateral table today, the Foreign Ministry said that Cuba hopes talks “respectful and professional manner, on the basis of reciprocity and respect for the sovereign equality without discrimination or conditions of any kind and without interference in the internal affairs of the parties and -of course- respect our independence and sovereignty.”

Rathke, meanwhile, has confirmed that the State Department continues to liaise with the Cuban authorities, but did not comment on any possible date for the full restoration of diplomatic ties.

During the month, the various State Department spokespersons reiterated that the ongoing negotiations are focused on “restoring diplomatic relations and discussing the reopening of the embassies.”