Paying in Cuba for a Peugeot more or less what a Chinese millionaire pays for a Rolls-Royce or Jennifer López for a Ferrari. 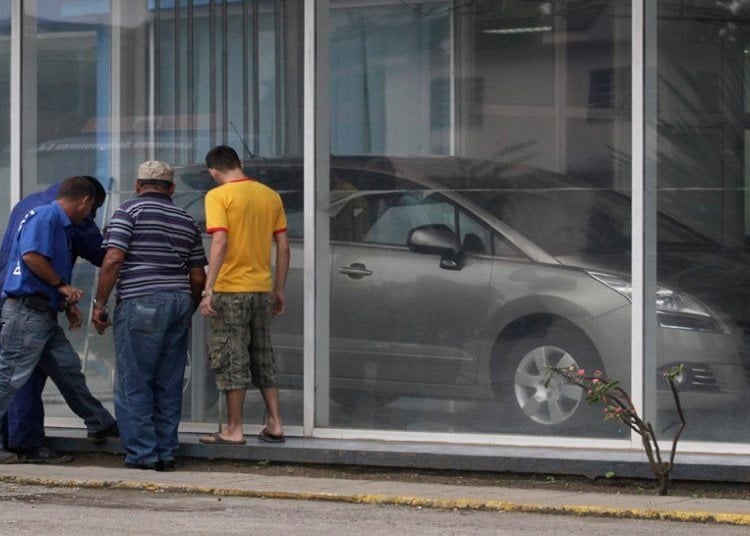 China is at the forefront of many things, one of them buying cars. And the Chinese do it not only with their characteristic patience, but also with a peculiarity, one of the boomerangs of the westernization process, but that at the same time refers to the qualitative differences between the local and the foreign: they prefer foreign brands and not their own, especially the Toyotas, GMs and Fords, firms that have seen their sales grow to impressive levels. For obvious reasons, today China is the main vehicle market in the world.

In 2018 the tariffs on the import of cars and their spare parts were reduced, which allowed greater access to those goods. They were cut from 25 to 15 percent on most vehicles, part of the efforts to continue opening the markets. They also reduced the import levies on parts to 6 percent (from around 10 percent). “The benefits are tremendous for our business,” said a spokesman for the Nissan Motor Co. Ltd. BMW said it would review its prices: the decision was “a strong sign that China will continue to open.” Audi executives received as imagined the “greater liberalization and opening of the Chinese market.” 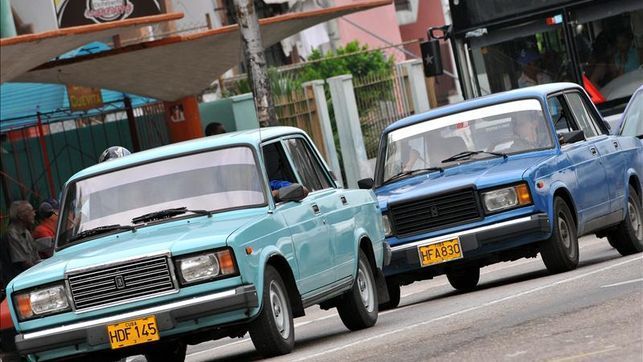 In Cuba, the sale of imported cars has been the opposite of China. For obvious reasons, the island cannot import American brands. In September 2011, with the application of Decree No. 292 of the Council of Ministers and other resolutions, the purchase or donation of motor vehicles by nationals domiciled on the island, and foreigners with permanent and temporary residence was authorized.

Two years later, with Decree Law No. 320 of the Council of Ministers, regulations were established for the transfer of ownership of motor vehicles. The retail sale to nationals was authorized, with prices different from those of the market between individuals. In 2014, for example, a Lada 2106 was sold on Revolico.com for 26,000 CUC; another “well equipped and in perfect condition,” for 32,500 CUC, and so on.

But the official price list in the CIMEX Corporation agencies took several steps further. In January 2014 at the Peugeot agency almost all 2013 vehicles that were for sale exceeded 100,000 CUC. The Cubans then had, as now, the feeling of being in the middle of a concave mirror. This new form of “exceptionalism,” assumed with sarcasm by a population that couldn’t even have access to those vehicles in their wildest dreams, was expressed in the growing number of jokes on the street, a historical weapon of legitimate defense against everyday problems and adversities.

The measure had, from the beginning, two problems. The first was to bet that the purchase of those imported cars would be made by Cubans with FE (Family Abroad), which was equivalent to assuming that those who live outside the island, especially in Miami, would be willing to send remittances that would pay for a Peugeot more or less what one of those Chinese millionaires pays for a Rolls-Royce or Jennifer López for a Ferrari. In other words, to presume that recent emigration―as is known, the main protagonist of money transfers to the Island―does not live in the efficiencies of Hialeah, the Sagüecera and its surroundings, but together with Bill Gates’ colleagues in Silicon Valley.

The second is the monopoly and the subsequent prohibitions, inherited from the times of the Spanish Crown and that therefore leave no room for anything else. In short, Cubans cannot import cars, the only ones that can do it is the authorized local companies for the work of their businesspeople, the chosen ones of the moment.

According to the provision, the authorization was for “the import of motor vehicles, bodies and engines only by Cuban legal entities, previously approved by the Ministry of Foreign Trade and Investment.” Only “representations of diplomatic missions, consular offices and international agencies accredited in Cuba” could import them. Obviously, a crystal ball is not required to answer the question of whether a foreign entrepreneur―one of those who don’t abound too much in Cuba―or the firm that he represents, would be willing to disburse an excessive amount of money for a rolling merchandise which simply is not worth it, neither here, nor in China.

Six months after the sale of imported cars was approved, in June 2014, the first vice president of the CIMEX Corporation, Iset Vázquez Brizuela, said to Radio Rebelde that in the eleven agencies authorized to do so, 50 cars and 4 motorcycles had been purchased, at a total value of 1,283,000 CUC. Today, when writing this text, there are no more up-to-date data. But from then until now there are no reasons to presume that things have changed, but rather the opposite in the middle of an economy that doesn’t takeoff, an adverse bilateral scenario, and more recently efforts to try to keep the price genie inside the bottle, a road that has already ended empty handed.

If this is so, the question is then why is there still a measure of galloping irrationality. The famous letters that were once used to buy cars long ago were left afield―and not in the best way. The State distributes Geely Chinese cars by snippers among its organization and medical or sports personnel. Public transportation is still a capital problem. Two of the questions once asked by the daily Escambray are still valid today: “Without prosperity in sales, how will a fund emerge to encourage public transportation? How many Cubans can pay for a car at current prices?”

Meanwhile, the “almendrones” in disrepair, the overwhelmingly old Moskovichs and Ladas will continue to function like that heavy stone rolled by Sisyphus, with their inevitable and costly aftermath of accidents, wounded and deceased.

And that, definitely, must end.