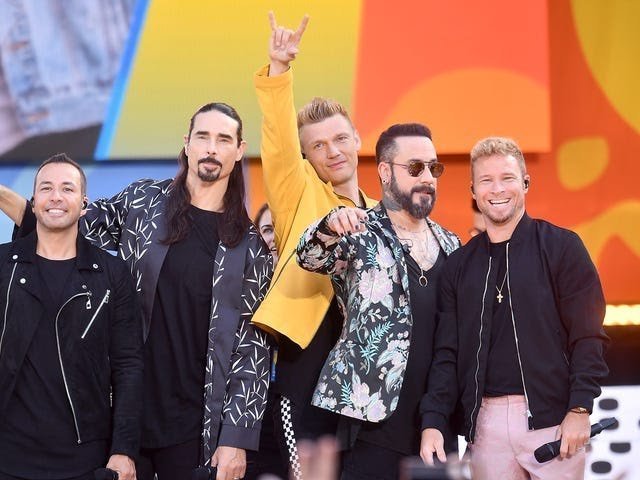 U.S. pop music group Backstreet Boys announced in a video published in recent months on YouTube’s official profile of the IHeartRadio program that they wish to perform in Cuba.

To a question by the host of the U.S. television program about a country where the musicians would like to perform, they mentioned Cuba quickly. They also talked about their career, their music and other international commitments.

Kevin Richardson and Howie Dorough, two of the group’s members, had visited Havana in 2002. During their visit they stayed at the Hotel Nacional where they hoped they would not be recognized.

However, they did not calculate the popularity that the group enjoyed among the Cubans and their followers and hotel employees asked them for photos and autographs.

They also revealed at that time that they would like to sing in Cuba and thanked their fans for their welcome in the Caribbean country.

An icon of the 1990s pop music on a world level, the Backstreet Boys were founded in 1993 in Orlando, Florida, and made their debut in 1996 with their album by the same name, the point of departure of their expansion as a mass phenomenon.

Their remembered album Millennium (1999) was the one that catapulted them definitively into pop glory and later they recorded others such as Never Gone (2005), Unbreakable (2007), This Is Us (2009).

After a period of silence and ruptures among its members, in which they didn’t live up to the fame they had achieved in the beginning, the Backstreet Boys―with a star on the Hollywood Walk of Fame―published this year their first album since 2013 called DNA.

To make known their album, they have gone on a world tour with which they have broken several records in ticket sales and have revived from the ashes the popularity with which they made millions of people around the world cry with ecstasy.

The group, made up of AJ. McLean, Howie Dorough, Brian Littrell, Nick Carter and Kevin Richardson, is cultivating a more mature pop rock with R&B elements and their show is that of a veteran band that leaves nothing to chance.

Based on the new restrictions against Cuba promoted by the government of Donald Trump, it is very unlikely that they will fulfill their wish to reach the island in the near future, but the intention is on the agenda and perhaps, at some point, they can make it a reality.