The donation, which arrived this Friday to the port of Havana, contains "vehicles, construction materials and other resources." 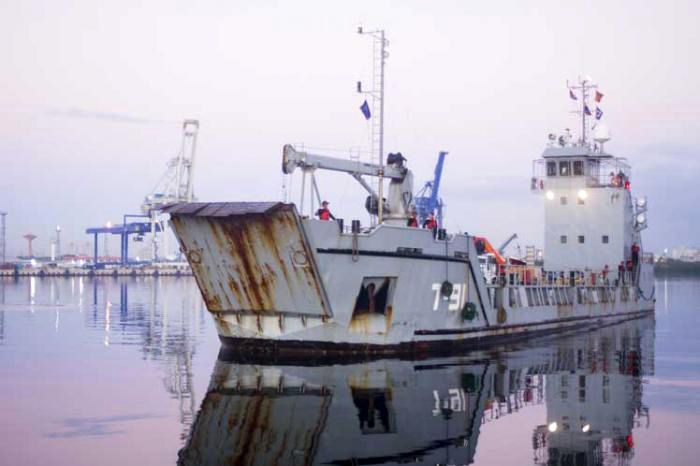 Vessel of the Venezuelan Navy at the port of Havana on February 8, 2019, with donations from the Venezuelan government to Cuba after the tornado that hit the Cuban capital. Photo: Prensa Latina.

A Venezuelan Navy ship arrived in Havana this Friday with a donation from Venezuela for the recovery of the Cuban capital after the tornado on January 27, despite the crisis in the South American nation, Prensa Latina (PL) reporte.

The vessel, received in the port of Havana by authorities of both countries, contains “vehicles, construction materials and other resources” and its arrival “is framed within the bonds of friendship that unite both governments and peoples.”

Vladimir Maldonado, commander of the Venezuelan ship, told PL that the donation was sent “following orders by President Nicolás Maduro to assist the Cuban brothers and sisters” after the devastating tornado that affected several Havana municipalities and left six dead, around 200 injured and severe material damage to homes, basic services and state enterprises.

The officer stressed that aid arrives in Cuba “at a time when my country is suffering a political and economic aggression led by the United States.” The donation has been criticized by the opponents of the Maduro government, in the face of the crisis that Venezuela is going through.

On behalf of the island, First Deputy Minister of Foreign Trade and Investment Antonio Carricarte “thanked the gesture” of Caracas and reaffirmed the support “to the Venezuelan government and people in the face of internal and external actions aimed at imposing a change of regime.”

Cuba and Venezuela have maintained a “strategic alliance” since the late President Hugo Chávez came to power in 1998, which has continued under the presidency of Nicolás Maduro, despite the difficult situation of the South American country.

The Venezuelan government has also sent donations to the Island after previous meteorological events.

Leonardo Padura: “It shouldn’t be so difficult for Cubans to have the right to read my books”