Alicia, who would turn 99 next December, was hospitalized due to health complications at the CIMEQ hospital in Havana, where she died around noon. 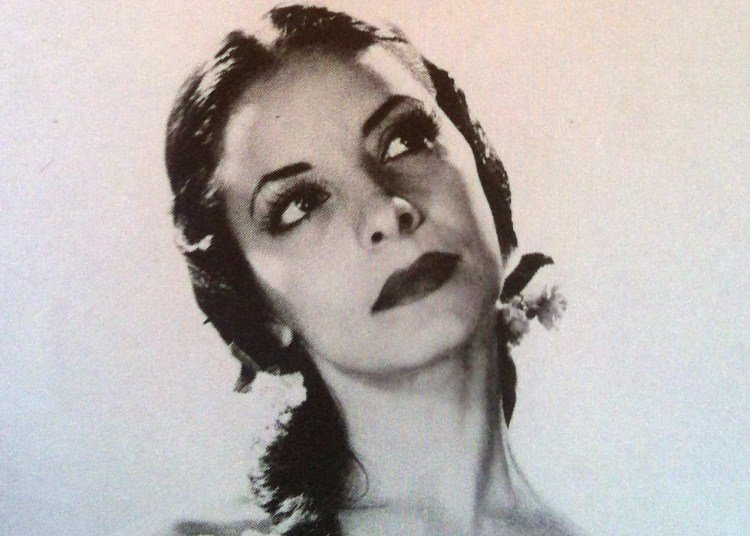 Legendary Cuban dancer Alicia Alonso, one of the leading figures of world dance in the 20th century, died this Thursday in Havana.

Alicia, who would turn 99 next December, was hospitalized due to health complications at the Center for Surgical Medical Research (CIMEQ) of the Cuban capital, where she died around noon, reported EFE news agency, which quoted a representative of the National Ballet of Cuba (BNC).

Recognized as Prima Ballerina Assoluta, Alonso had headed this prestigious company since she founded it with her name in 1948 together with her husband, Fernando Alonso, from whom she took the surname. Then it would become the BNC after the triumph of the Cuban Revolution of 1959.

The death of the remarkable artist has caused consternation inside and outside the island, and there are numerous messages of condolences in the social media from figures of all spheres.

One of her last disciples, BCN first dancer Grettel Morejón, wrote after the death of Alonso that this “is a sad day. Alicia Alonso has died. But she will live on in dance. The physical life of a woman ends; the endless legend begins.”

For his part, Cuban President Miguel Díaz-Canel, who is carrying out an official visit to Mexico this Thursday, wrote on Twitter that Alicia’s death “leaves us a huge void, but also an insurmountable legacy” and highlighted that “she placed Cuba on the altar of the best of world dance.”

Cuban singer-songwriter and poet Silvio Rodríguez lamented her death. “Alicia is an immeasurable artist. Dancer, choreographer, teacher, a maker of horizons. My deepest condolences to her relatives, close friends, the National Ballet, the dancers of this land and others, the people of Cuba.”

Cuban dancer Carlos Acosta has distributed a statement in which he expresses:

“At this moment I cannot stop thinking about everything we owe to Alicia, about the extraordinary legacy that Alicia has left us. Being the daughter of a small island in the Caribbean, Alonso imposed herself against all the barriers that said that ballet was an art of developed countries, that the physical and Latin temperament did not conform to the requirements of classical dance. All these prejudices were demolished when Alicia Alonso entered the scene. She imposed her Latino name, her physique, her personality. Her struggle to be recognized opened the doors of classical ballet to all the young people of our continent who dreamed of dancing and she placed the name of Cuba on the billboards of the great international stages. Then, together with Fernando and Alberto Alonso, she founded the School in our country and the subsequent story is already known: the Cuban ballet, our dancers, are applauded with admiration throughout the world.

“I had the joy of dancing with Alicia Alonso on one occasion. At another time I had the privilege of rehearsing under her The Spirit of the Rose, by Michel Fokine. It was an unforgettable experience because, among the corrections, Alicia told us anecdotes about the choreographer. That day I was dazzled by her knowledge and her memory, by the recollection of those distant stories that when told by her became so close.

“Today I join the sorrow over the death of Alicia Alonso, everything she created, everything she gave us, for being the main foundation of a school of ballet that has given so much glory to our country, for having been the root of our dance movement. Together with Cuban artists I will continue working so that our country continues to grow. I think that’s the best way to honor her name.”

Alonso, whose real name was Alicia Ernestina de la Caridad Martínez del Hoyo, was born on December 21, 1920 in Havana. She began her ballet studies at age 9 with Russian teacher Nikolai Yavorsky, within the Pro-Arte Musical Cultural Society. She would continue her formation in the United States, with figures such as Enrico Zanfretta, Alexandra Fedorova and other prestigious professors.

The 1940s would mark her professional take-off, in the ranks of the Ballet Theatre―later the American Ballet Theatre―of New York, in which she shone in the performance of the main works of the romantic and classical repertoire, and worked alongside choreographers of the caliber of Michel Fokine, George Balanchine, Bronislava Nijinska, Antony Tudor and Jerome Robbins.

From this period her first appearance is especially reminiscent as the protagonist of Giselle, on November 2, 1943, when she replaced British dancer Alicia Markova, who could not dance because she was sick. From then on, she would develop a brilliant career in the United States and Cuba, and at the head of her own company she would dance in the most distinguished stages of the world and give life to the so-called Cuban school of ballet.

Considered by critics as the last great diva of her dance art, Alicia would not only stand out as a dancer, but also as a choreographer. Her versions of great classics are famous, such as Giselle, Sleeping Beauty and Don Quixote, and they have been danced by other important companies.

Her remarkable and successful career was crowned by multiple distinctions and recognitions, including the National Dance Prize of Cuba, the Gold Medal of the Circle of Fine Arts of Madrid, the Legion of Honor of France and Mexico’s The Aztec Eagle Order. In addition, she was a UNESCO Dance and Goodwill World Ambassador.

Last February first dancer Viengsay Valdés assumed the assistant artistic direction of the National Ballet of Cuba, and although Alicia Alonso maintained the general direction, Valdés became in fact, for the first time in the history of the BNC, the head of the company.

By assuming her new duties at the head of the BNC, she expressed her respect and admiration for Alonso and her commitment to the work of the famous Cuban dancer. “I am undoubtedly a follower of her legacy…and I plan to pass on the knowledge I acquired from her to the new generations,” she told the press.