According to the company, the search project together with the Cuban state company GeoMinera resulted from the discovery of 69 meters with a content of eight grams of gold per ton, and veins where the concentration is up to 109 g/t of gold metal and 1,730 g/t silver. 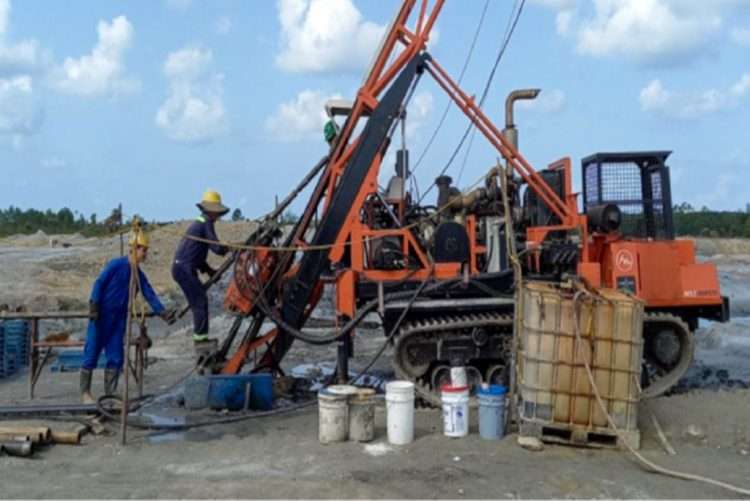 Drilling at the La Demajagua gold and silver project, on the Isla de la Juventud. Photo: The West Australian/Archive.

The Australian company Antilles Gold recently announced that it had found high concentrations of high-quality gold and silver in an open pit mine near the town of La Demajagua, on the Isla de la Juventud, Cuba.

According to the company, the precious minerals search project together with the Cuban state company GeoMinera results from the discovery of 69 meters with a content of eight grams of gold per ton, and veins where the concentration is up to 109 g/t of gold metal and 1,730 g/t silver, The West Australian newspaper reported.

Moreover, the Antilles prospecting report cited by the source indicates that after prospecting 15,000 meters, they found an area with a high content of metals between 69 and 81 meters deep, including a cracking with a concentration of 19.46 g/t gold and 286.88 g/t silver.

The drilling results allow estimating, according to the Australian company, that the La Demajagua project probably contains more than 1.2 million ounces of gold and 8.7 million ounces of silver, although that figure could increase as greater depths are reached in what remains of the year.

Antilles and its Cuban partner GeoMinera are accelerating work to start production and aim to release an inaugural JORC 2012 resource — Australasia Code for Reporting Results of Exploration, Mineral Resources and Gold Reserves — before the close of 2021.

According to the source, after estimating a JORC resource, Antilles plans to increase the pace to launch a mining operation in 2023.

The project initially comprises one ton per year in open pit mining operation, to reach 60,000 tons of high quality gold and silver sulfide concentrate over a six-year useful life.