The donation of 10 trucks was made on the occasion of the 500th anniversary of the foundation of the Cuban capital. 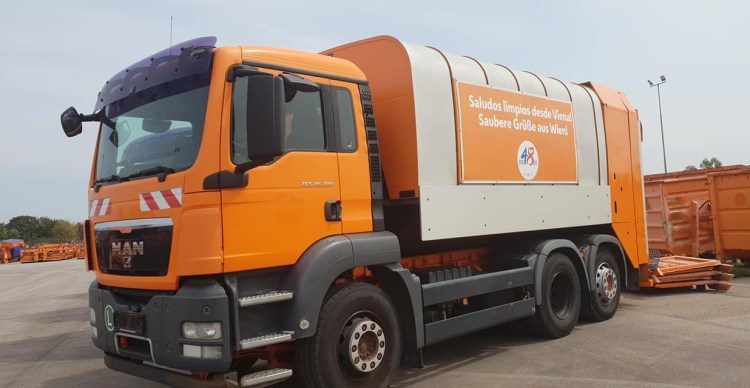 Garbage truck, part of a batch of 10 donated to Havana by the Vienna government. Photo: Facebook profile of the Cuban Embassy in Austria.

The donation was made on the occasion of the 500th anniversary of the foundation of the Cuban capital and was already sent off in one of the European city’s facilities in charge of waste management, street cleaning and fleet of vehicles.

At the ceremony, Juan Antonio Fernández, Cuban ambassador to Austria, thanked the Viennese city council for the donation, “which adds and complements the efforts and work in progress in Havana to make the capital cleaner,” the Cuban embassy in Vienna said on its social media.

From #Vienna to #Havana: urban solid waste collection trucksThe journey to Havana of the 10 trucks which collect solid…

Cuban Minister of Foreign Trade and Investment Rodrigo Malmierca also shared the news on his Facebook profile, highlighting that cooperation and friendship “can do more than the blockade” of the United States on the island.

The trucks, of German make, are from the MAN SE Company. The information does not specify the date on which the trucks must arrive in Havana and start operating.

Recently the Cuban capital also received a Japanese donation of garbage and dump trucks, of the Hino Motors trade mark. About 20 of them have already arrived in the city and are in operation.

According to the newspaper Juventud Rebelde, Havana generates 23,814 cubic meters of waste every day, of which around 10,500 are household garbage.