As of September, they can receive cash deposits to credit bank accounts of self-employed workers. 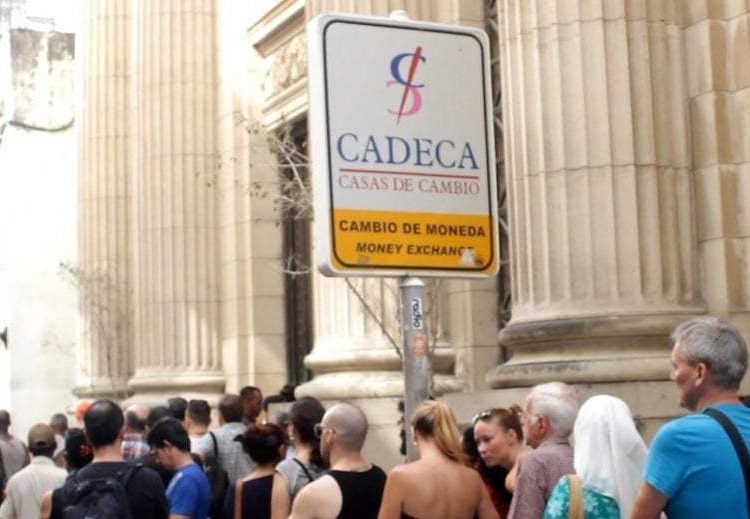 La Gaceta published last Thursday that in addition to developing its traditional activities in the national territory, they can now make cash advances for the processing of Debit Cards and Credits through Sales Point Terminals.

The text adds that they will be licensed to carry out cash operations of the Budget (collections and payments on account of the budget). It says, among other things, the following:

“SECOND: Grant new license to CADECA to develop in the national territory the activities established in article 15 of Decree-Law No. 362 On the Institutions of the Banking and Financial System, of September 14, 2018.

“THIRD: CADECA may additionally carry out the following operations: a) Receive cash deposits to credit bank accounts of self-employed workers and other forms of non-state management. b) Advance of cash for the processing of Debit Cards and Credits through Sales Point Terminals (TPV). c) Budget Cash Transactions (collections and payments on account of the budget).

“FOURTH: CADECA, within thirty (30) working days following the notification of this Resolution, will carry out all the legal procedures that may be appropriate to adapt its legal documentation to what is authorized in this license, and will communicate to the Secretariat of the Central Bank of Cuba the changes that would have taken place.

“FIFTH: As of the entry into force of this Resolution, the registration made in the General Registry of Banks and Non-Banking Financial Institutions in entry No. 62, folios 134 and 135, of March 11, 2009 and an official registration will be made in the Register of Financial Institutions and Non-Financial Entities according to the terms provided in the license granted to CADECA through this Resolution.”

As is known, since 2018, a set of measures has been adopted in Cuba to reorganize/supervise self-employment.

According to official statistics, until May of this year there were more than 605,900 Cubans involved in that category.

Leonardo Padura: “It never rains but when it does it pours”