In theory, the answer to this question is yes, both now and once the monetary reorganization begins in January, but in practice, at least for the moment, the reality is different, while in the streets the price of the USD is increasing. 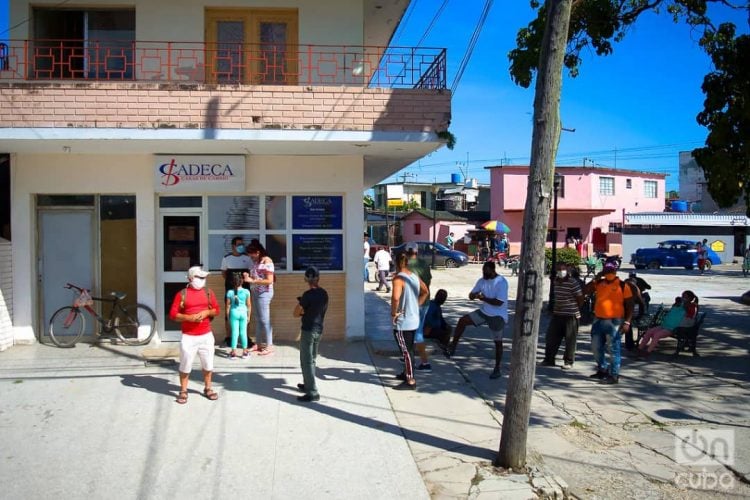 The question that gives the title to this note has been worrying Cubans inside and outside the island for months, and that doubt has been reactivated after the announcement of the monetary reorganization in the country as of January 1. In theory, the answer is yes, both now and once the reorganization begins, but in practice, at least for the moment, the reality is different, while on the streets the price of the USD is increasing.

A recent report published on Radio Habana Cuba said that exchange houses in Cuba don’t have dollars to sell, and at the moment they only market that currency to travelers leaving the island, according to Joaquín Alonso, president of the official entity known as CADECA, which has a network of 172 offices throughout the country, including airports and tourist destinations.

“Today we do not sell foreign currency in any exchange office in the cities, only in the airports and only to passengers who leave the country, with a maximum limit of 300 CUC (Cuban convertible pesos, which will stop circulating with the monetary reorganization), because there´s no more availability at the moment,” emphasized the official.

Alonso confirmed that the sale of foreign currency in the establishments of his entity is not prohibited, but doing so depends on the amount that reaches the exchange houses. On the matter, he gave the same answer that the island’s Central Bank gave a year ago: “Cuba is not an issuer of freely convertible currency, we depend on what enters the country.”

The president of CADECA explained that the decrease in tourism in 2019, and the closure of the island’s borders due to the COVID-19 pandemic caused the interruption of the entry of foreign visitors, for which they had to adopt measures of restriction, which is coupled with the effects of the U.S. embargo. A similar explanation was also offered by Marino Murillo, head of the Commission for Implementation and Development of the Guidelines, and Marta Wilson, minister-president of the Central Bank of Cuba (BCC), in a recent Mesa Redonda TV program.

The opening of stores in freely convertible currency in Cuba, as part of the government strategy to alleviate the current economic crisis, increased consumer demand for foreign currency and its price has surged in the informal market–and with a tendency to continue increasing more and more above the official exchange rate–, although the government’s policy contemplates the decrease in the circulation of cash and seeks, fundamentally, to attract dollars from remittances as well as to prevent the flight of these capitals.

In this regard, the minister-president of the BCC explained that the freely convertible currency accounts enabled for purchases in these types of stores do not change in any way with the monetary reorganization policy. The balances of these bank accounts are kept in freely convertible currency and “if the holders needed to withdraw money they would do so in Cuban pesos (CUP)” or if they wish, convert them to the Cuban national currency, said Wilson.

Regarding the possible purchase from the government according to the official exchange rate set for the US dollar (1X24 Cuban pesos), the minister reiterated that it is possible, but objected that “at this time due to the situation that we have already explained, the banks and CADECAS do not have the freely convertible currency available to sell to the population.

Wilson and Murillo also explained the possibility that the current accounts in CUC could be converted into accounts in dollars or euros as of the implementation of the reorganization. In those cases, as regulated by the BCC, “the bank issues a certificate of deposit in those currencies, according to the conditions established for this new product” and account holders “cannot increase their balance, extract cash in these currencies, or transfer them to other bank products in foreign currency.”

In addition, “it will not be possible to withdraw dollars from that account, the economy does not have that liquidity,” said Murillo, who confirmed that in those cases the balance is frozen, with minimal interest, “because it is also money that cannot be backed” and he said that the amounts of those accounts will only be backed “when the economy’s conditions improve” and that “it is not sensible to make time commitments.”

For Cuban economist Pedro Monreal, the “option” of changing the funds from accounts in CUC to certificates of deposits in foreign currency, is a form of “corralito,” which he defines as the governmental limitation on the freedom to dispose of funds deposited in financial entities.

In his Twitter account, Monreal also expressed the opinion that with this variant, “account holders–who are recognized, in principle, the freedom to convert his CUC into foreign currency–in practice are limited in their ability to move his money in the currency of their choice.”

“It is a form of temporary non-payment,” he pointed out, while saying that “the impossibility–until further notice–to buy foreign currency with CUP in banks and CADECAs is a form of exchange ‘trap,’ which is generally associated with restrictions to the purchase of foreign currency.”